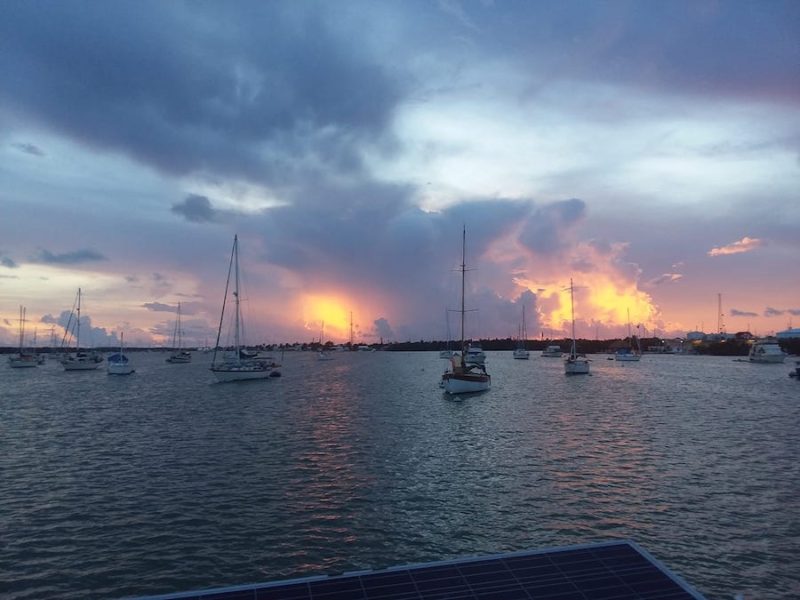 A Boot Key Harbor woman was airlifted to a Miami hospital Thursday night after she was reportedly attacked by a man with a machete on a boat.

The woman suffered cuts to her head, arms and elsewhere on her body.

She was found on her boat by a neighboring liveaboard boater about 9 p.m. Thursday. The neighbor brought her to his boat before calling 911.

The woman told the neighbor that a man had attacked her with a machete.

A pool of blood was found on the woman’s sailboat, as well as a machete with blood on it.

A dinghy with blood on it was discovered in the mangroves in Boot Key.

The woman told responding deputies she feared the bones in at least one of her hands were broken.

Her eyes appeared to be swollen shut.

She was taken to the Florida Keys Marathon International Airport. Once there, Trauma Star airlifted her to Ryder Trauma Center in Miami, where she remained Friday afternoon.

Her immediate condition was not available. The woman’s name is being withheld pending further investigation.

A search for the suspect began immediately Thursday night with the help of the U.S. Coast Guard. Deputies searched and cleared two other nearby vessels, but found no one.

A man, whose name, age and address were not released pending notification of next-of-kin, was found dead on Boot Key about 10:30 a.m. Friday following a search by the Sheriff’s Office, the U.S. Coast Guard, U.S. Customs and Border Protection and the Florida Fish and Wildlife Conservation Commission.

How that man died and his association, if any, to the machete incident remains under investigation.

The details of what transpired on the woman’s boat remains under investigation and those details were not entirely clear as of Friday afternoon.

We will continue update this story as more information becomes available…