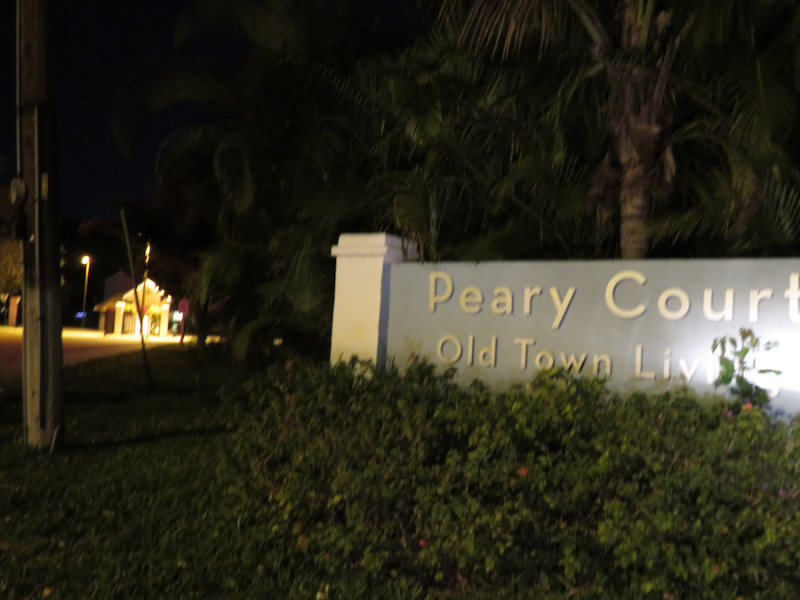 PEARY COURT:  VOTE NO – THE CHOICE IS OBVIOUS

SO THE CITY WANTS TO DO SOMETHING ABOUT “AFFORDABLE WORKFORCE HOUSING?”

CHOICE A:  VOTE YES: BUY PEARY COURT:  157 UNITS
FACT:  Peary Court’s 157 2-bedroom / 1 bathroom units will cost $350,000 each.
157 units that will rent for $2400 a month – affordable for workers who earn the highest salaries.
Result:
Empty the Land Authority account of 10 Million.
Risky 30-year mortgage FOR the remaining balance on $55 MILLION purchase price.
If all goes according to cost estimates make $750,000 in profit per year toward new housing.
CHOICE B: VOTE NO: BUILD NEW ON GOVERNMENT OWNED LAND
FACT:  Ocean Walk will soon build 41 3B/R/ 2BTH Units and 39 1BR/1BTH at an estimated cost of $83,750/unit [Ocean Walk’s estimate]
FACT:  There is $12.2 Million in the Land Authority account for affordable housing; growing at a rate of appox. 2 Million per year.
145 Units could be built with the 12.2 Million in the Land Authority account.
Result:
These units could be truly affordable for the typical Key West worker.
No debt, just PROFIT.

The City could build more truly affordable housing as the profit from these 145 units and the land authority money piles up…
Private developers WILL NOT build low-income and median-income housing on government land – they don’t feel there is enough profit in it.  Developer Ed Swift has publicly stated so multiple times.

5 Responses to “LETTER TO THE EDITOR: PEARY COURT / VOTE NO – THE CHOICE IS OBVIOUS”