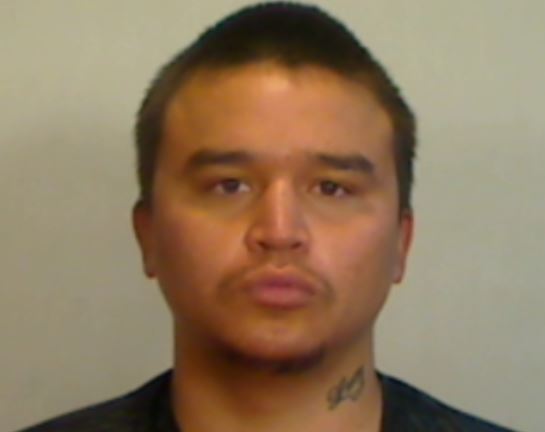 A 23-year-old man in supervised custody of the Guidance Care Center in Marathon jumped the fence and ran away before he was quickly caught by converging law enforcement from multiple agencies Friday.

Samuel Robert Bolongaita of Key West was initially arrested on January 1st by Key West Police on burglary and theft charges. He was transferred from the Monroe County Detention Center on Stock Island to the Guidance Care Center, 3000 41st St., on February 5th as a supervised patient for a mental health evaluation.

The Sheriff’s Office was notified at 11:34 a.m. Friday by a worker at the clinic that one of their supervised patients, identified as Bolongaita, was taken to a fenced-in, outdoor area and that at some point, Bolongaita ran to a fence and climbed up and over it. He then ran toward U.S. 1.

Units converged on the area and the same FWC Officer was able to take Bolongaita in custody with help from a U.S. Customs and Border Patrol agent. The total time between the be-on-the-lookout-call going out to Bolongaita’s capture was approximately one hour.

Bolongaita was then turned over to the Sheriff’s Office Bureau of Corrections deputies.

He will likely also face a charge of escape in addition to the burglary and theft charges stemming from the January 1st arrest.

“Today’s incident in Marathon is a great example of how our strong partnerships in Monroe County result in safer neighborhoods,” said Sheriff Rick Ramsay. “I know I often sound like a broken record on this point, but we all have to work together and I couldn’t be prouder of how our law enforcement partners did just that today. Together, we all worked as a team, and as a result, we were able to make a quick arrest. Thank you to all!”