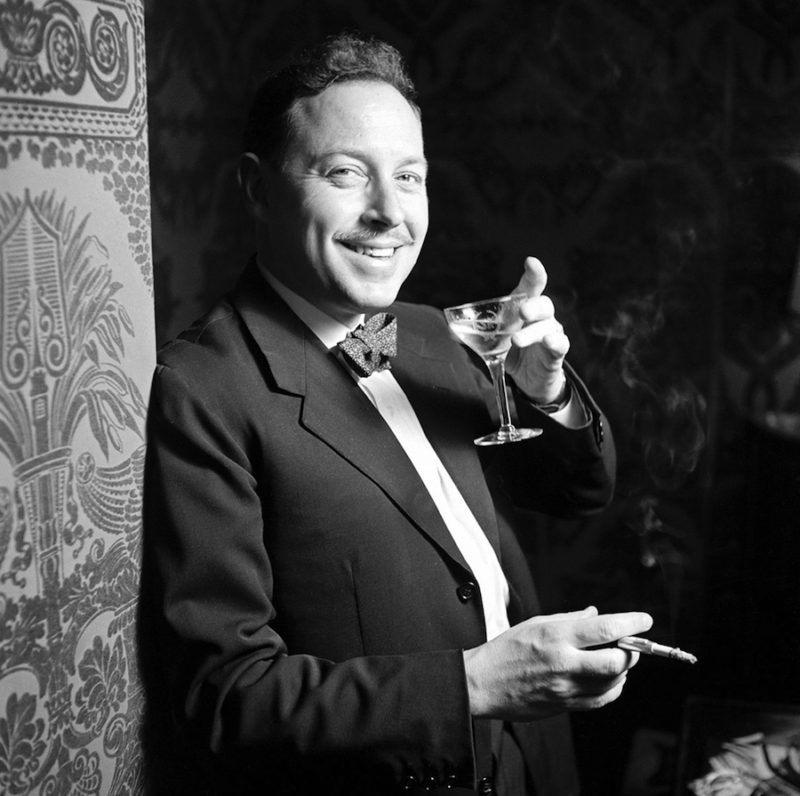 In celebration of Tennessee Williams, the Pulitzer-prize winning literary icon that moved to Key West in 1949 and remained a resident for 34 years, Key West Art & Historical Society presents the “Tennessee Williams Birthday Celebration,” a month-long series of arts and cultural events set to take place from March 4 through April 1 at multiple Key West venues.  In recognition of Williams’ patronage and devotion to the Monroe County Library in Key West, this year’s celebration theme is “The Library.”

This yearly festival of events includes a limited-ticket, kick-off celebration, plein air painting, poetry and short story writing contests, lectures, museum tours, film showings, live theater events, and a birthday party complete with cake and bubbly to honor the life and accomplishments of Williams, whose rise to stardom began with “The Glass Menagerie,” and continued with “A Streetcar Named Desire,” “Cat on a Hot Tin Roof,” and other dramatic masterpieces.

Literary and visual artists can immerse in creativity while competing for cash prizes and acclaim by entering the Tennessee Williams Plein Air Painting Contest, taking place in downtown Key West on Saturday, March 16, and/or poetry and short-story writing contests, both of which are accepting online submissions until March 1.

On Friday, March 6 from 6:00pm – 8:00pm, Tennessee Williams Museum founders Dennis Beaver and Bert Whitt will open their Whitehead Street home for a celebration kick-off party with an open bar, hors d’oeuvres, and entertainment. Tickets are $90 for Society members and $100 for non-members.

On Friday, March 15 from 7:00-9:00pm at Key West Theater, guests can raise a glass to the literary giant with acclaimed mixologist and cocktail columnist Philip Greene, co-founder of the Museum of the American Cocktail in New Orleans, during his spirited presentation “An Evening with Tennessee Williams.” Green will mix and share recipe demos of Williams’ favorite drinks and the folklore behind them along with preferred selections enjoyed by his friends F. Scott Fitzgerald, Ian Fleming, Raymond Chandler, Truman Capote, William Faulkner, Dorothy Parker, and Ernest Hemingway. Advance ticket purchase suggested.

Visit kwahs.org/events for full schedule and advance ticket purchases or contact Dani Holliday at dholliday@kwahs.org or 305-295-6616 x 114. Sponsored in part by Community Foundation of the Florida Keys, Neal Ruchman and Melissa Jean McDaniel, and Bert

Whitt.Your Museums. Your Community. It takes an Island.