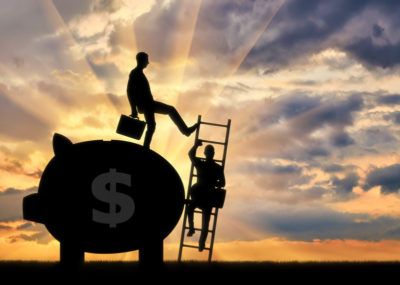 Income inequality is reaching historic levels, and according to a new report published this week from the Economic Policy Institute, Key West ranks among the top cities in the nation where the income divide between the top 1 percent and the bottom 99 percent is the greatest.

The report includes a list showing the ratio between the top 1 percent and bottom 99 percent of income for the top 25 and bottom 25 metropolitan areas (out of 916). The top three cities on the list were: Jackson, Wyoming, followed by Naples/Marco Island, Florida, and Key West – which came in as the third highest city for income inequality in the United States.

In Key West, the average income of the top 1 percent is a staggering $4.74 million but the bottom 99 percent average income is just $58,295. That means the “haves” are earning 81.3 times as much as the “have-nots.” In comparison, the city with the lowest ratio was Junction City, Kansas where the top 1 percent made $257,831 and the bottom 99 percent made $47,429 average annual income, where the richest 1 percent earn “only” 5.4 times as much.

Of the 25 cities on the list, eight of them were in Florida – more than any other state, and statewide, Florida came in second (to New York) with an income ratio for 2015 (the last year the data was available) of 39.5 times as much.

Income inequality has risen in every state since the 1970s, said authors of the report, “The New Gilded Age,” Estelle Sommeiller, a socio-economist at the Institute for Research in Economic and Social Sciences and Mark Price, an economist at the Keystone Research Center. To be considered in the top 1 percent nationally in 2015, a family needed an annual income of $421,926.