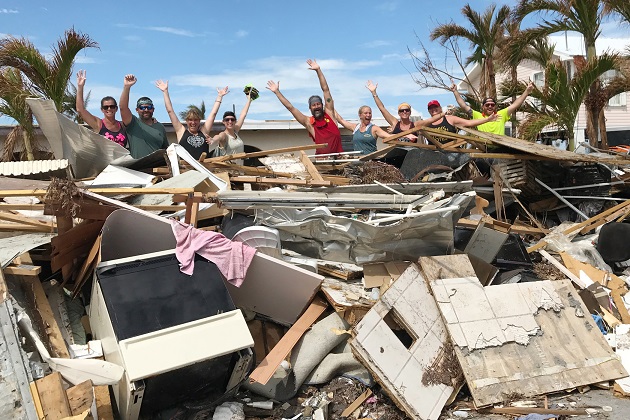 “I don’t know how long it takes to build a house, but it only took us two days to remove the shattered remains of what appeared to be an entire one that landed in Doug McLean’s front yard,” said Christie Fifer, a Key West artist and former High School teacher who has been leading an assorted team of Key West volunteers in efforts to literally excavate homes and properties from beneath mountains of hurricane debris on Big Pine Key and surrounding areas, following Hurricane Irma. Fifer and friends are just one of numerous local and visiting teams working with Keys Vineyard Community Church, 100 County Road, Big Pine Key, which is serving as a relief organization base camp and distribution center. Teams will be needed to assist with relief efforts for some time to come. 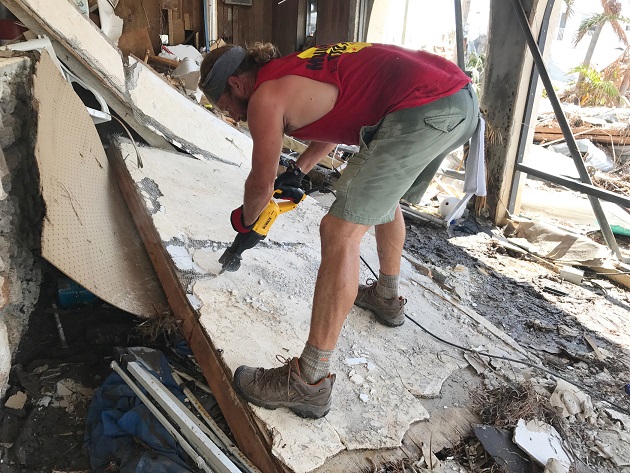 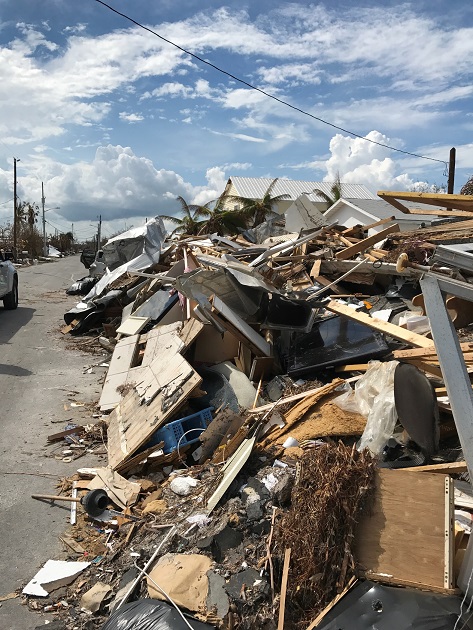 It took Fifer, her team, and Big Pine Key homeowner Doug McLean two days to move this swath of debris, once someone’s home, from McLean’s property to the street. Photo by Christie Fifer 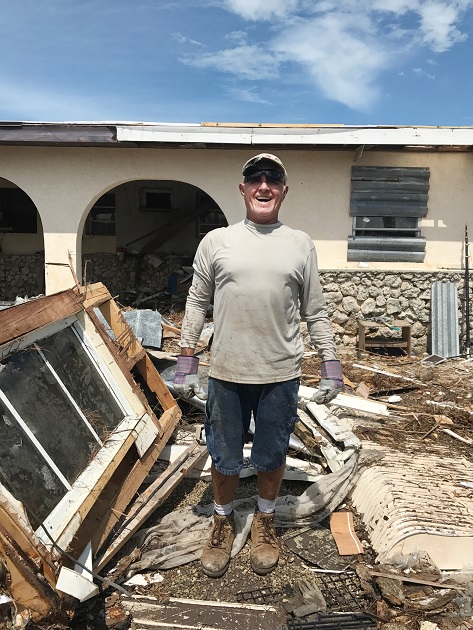 On September 28, Doug McLean, a commercial lobsterman, discovered planet earth beneath his feet on his Big Pine Key property for the first time since Hurricane Irma. Photo by Christie Fifer 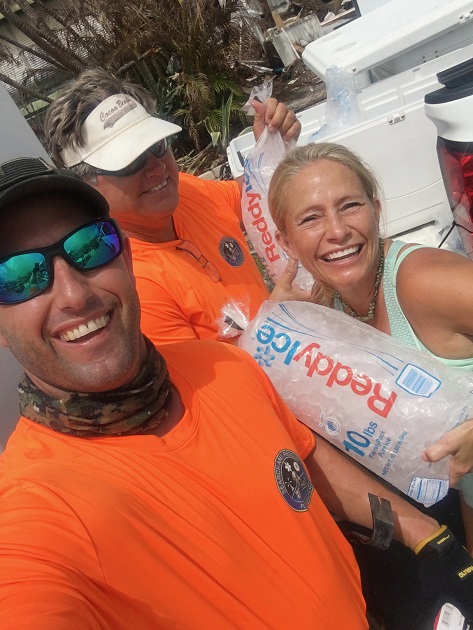 In recent Facebook post, Fifer wrote: “I have never witnessed this level of complete and utter destruction as I saw today on Big Pine Key….not sure what I can say to encourage more people to come up and help us tomorrow and in the days to follow, but suffice it to say, every single pair of hands helps. I spent most of the day with either a chain saw in my hand or digging out 2′ of mud and seaweed by pushing a Rubbermaid tub on its side and then scooping it in by hand. We moved piles of branches and palms, and threw out heaps of moldy furniture, wet carpeting, and the sad and soggy contents of people’s lives. We also went door to door looking for people left in the little old trailer parks – delivering bags of ice, food, and hand wipes. This is a completely different planet from just having a brown mucky pool or a window blown out. These are people trying to dig their way back into, or in some cases, out of their houses. Each and every instance was shocking. Some people just wanted to have a good cry with you because they are just dumbfounded by where to begin. It was a day overwrought with emotion: sadness and desperation for people who throw their arms around you and call you their angel, yet awe inspiring because of the generosity of all the people driving down trucks of donations as well as the countless others organizing this unbelievable relief effort. I am humbled to help, and I hope you will consider doing the same. We literally just drove down the side roads and stopped and offered to help when we saw people outside. And while I’m presently sitting here aching, somewhat dehydrated, with a giant blister and so many cuts and scratches that I look like I had a run in with a mountain lion, I will do it all over again tomorrow.”