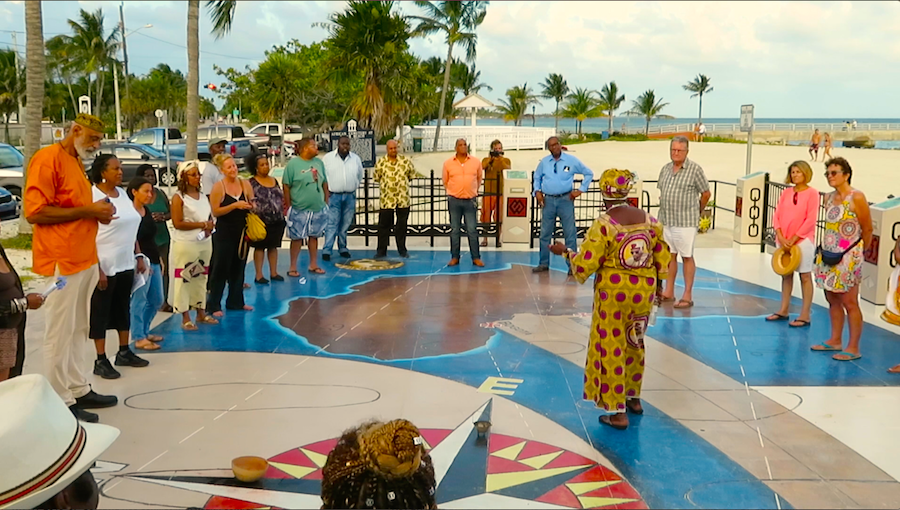 International Day for the Remembrance of the Slave Trade and Its Abolition, Photo: 2017 at the Key West African Cemetery Memorial Monument at Higgs Beach

On Sunday, August 19, from 6:00 – 8:00 p.m., the International Day for the Remembrance of the Slave Trade and Its Abolition (officially August 23) will be observed by the Key West community and friends at the African Cemetery memorial monument, at Higgs Memorial Beach, 1074-94 Atlantic Boulevard, Key West, FL 33040, just west of the White Street Pier and adjacent to the West Martello brick fort.

The day honors the memory of the millions who were inexorably drawn into the vortex of the centuries-long convulsion known as the African “slave trade” on both sides of the Atlantic, and the heroism of all who courageously fought to abolish that highly profitable but criminal business of human trafficking.

While the tireless efforts by undaunted Abolitionists in Britain and the United States were vital to enacting hard-won legal Abolition of the slave trade (but not of slavery itself) in 1807-8 by both countries, the August 23 date (the anniversary of the start of the Haitian Revolution on that date in 1791, which would radically alter world history on both sides of the Atlantic) was selected by the UNESCO Slave Route Project to underscore the fact that the primary and most influential  players in bringing about this Abolition were the Africans themselves.

The site of the upcoming annual observance, the Key West African Cemetery, is a highly significant historic location amidst the global “Slave Routes,” as the burial place of no less than 295 African captives, mostly children and youths, who were among a total of 1,432 rescued from three American-owned slave ships bound for Cuba which were captured by the U.S. Navy and brought into Key West in 1860, where they were welcomed, housed, and cared for by the local population during their twelve-week detention before being returned to Africa (Liberia, not their original homelands) by order of President Buchanan.

Their presence in Key West attracted national attention and intensified the Congressional debate leading to the Civil War.

While in Key West, the 295 young refugees who could not survive the illnesses and horrors they had endured prior to their rescue were buried in coffins, carried virtually daily in processions to the beachfront site, which today is one of but a few cemetery sites in the world for captives who reached foreign lands but were never sold into slavery.

And this is but one of several direct historic connections that the southernmost city has to specific cases in the history of the global “Slave Route.”

The annual Observance ceremony consists of multicultural opening prayers, historical presentations, live performances, open “Village Talk,” and the placing of offerings of flowers, concluding with the sharing of refreshments.