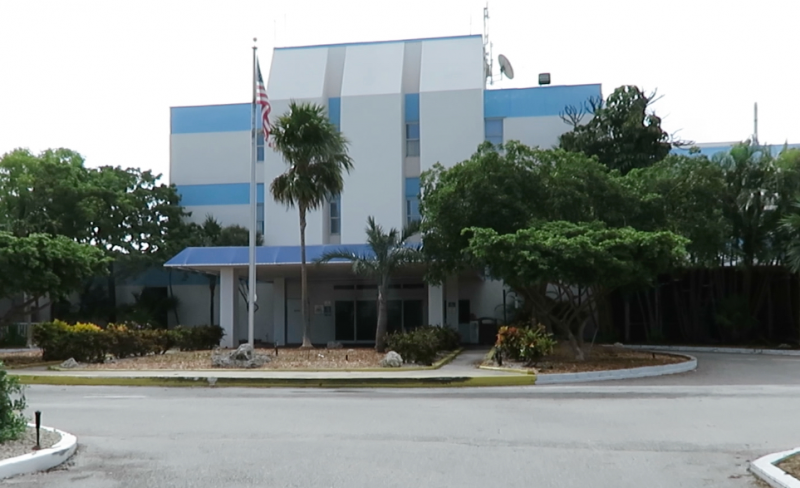 I never thought that I would quote former United States Secretary of Defense, Donald “Rummy” Rumsfeld.  But I have been driven to his epistemology of  “know-ability” by my frustrating search for the “Primary Care Clinic” funded to the tune of a half-million dollars annually by the Lower Florida Keys Hospital District (LFKHD).  Donald Rumsfeld, the master of using power to deliver ‘strategized confusion,’ explained on February 12, 2002, that US government’s knowledge about Iraq’s passing of ‘weapons of mass destruction’ to terrorists, spoke to what US intelligence services could know and could not know.  Rumsfeld explained his epistemology of knowledge:

My previous article for The Blue Paper  (12/23/2016), on lower keys health and hospital care, focused on possible lease un-compliance by the Lower Keys Hospital District (LFKHD) and/or Community Health Systems (CHS) in their implementing of the lease’s indigent care stipulations:  Are these two entities complying with the 1999 lease that requires provision of health care for all residents including indigents by means of a regularly operating primary care clinic?

But you won’t find this entity in Florida’s corporate registry; its “fictitious name” is shorthand for the Lower Florida Keys Physician/Hospital Organization, Inc. (Lic. No. N95000002403), whose President and registered agent is Dr. Robin Lockwood.  In this instance, how is one to move from the state of ignorance implied by Defense Secretary Rumsfeld’s “known unknowns”—things we know that we do not fully know–to the desired state of “known knowns”—things we know that we know?

Seeking information about KPHA—I’ll call this entity by that name since those I’ve spoken with who work there or affiliate with it, use that name—I called Tomi Galin, Senior Vice President of  Corporate Communications, Marketing and Public Affairs at the Tennessee-based Community Health Systems (CHS), which took over as the profit-making corporation running the two Key West hospitals.  Who better to refine my knowledge than an executive at CHS?  So I sent her an email, requesting among other things: (1) the name of the “Primary Care Clinic” that ultimately receives the Lower Florida Keys Hospital District’s $500K annually; (2) an explanation of how such funds are used—who/what is the end-use of the Hospital District funds earmarked for a Lower Keys “Primary Care Clinic.”   The email including these and other questions was dutifully answered by Ms. Galin’s Executive Assistant, Gina Sellers.

Taking the latter question first, I learned from MS. Sellers that the unnamed “Primary Care Clinic” that the Lower Florida Keys Hospital District says its funds, in fact, only gets only “up to” one-quarter of the Hospital District’s designated $500K annual “Tithe.”   The specific CHS response was that,“Up to $125k annually goes to pay for Physician Salaries at the Primary Care Clinic to provide care for patients that meet Indigent care requirements.  The remainder of the funds [$375,000 or more] are allocated to Physician Specialists that provide care for the indigent patients.”

I also learned from CHS that I was not going to get from its representative the name of the “Primary Care Clinic” that provides indigent health care in a regularly operating clinic setting for the lower keys.   To my question:  “Which Primary Care Clinic receives $500K annually from the Lower Florida Keys Hospital District?”  CHS responded: “The primary care clinic that was established and continues to be funded by the hospital and the Hospital District Board as outlined by the purchase agreement.”  Curious about the role of KPHA (Keys Physician-Hospital Alliance) in transferring the Hospital District’s “Primary Care Clinic” monies to the “appropriate” end-users, I asked,  who decides how the Hospital District’s $500K should be used?  One might assume that CHS, which is both a manager of the Lower Keys Medical Center and recipient of its profits and losses, has a “say” in this matter.  And indeed  CHS representative informed me that, “Funds from the Hospital District Board are used to pay for physician services – primary and specialty care – for indigent patients who qualify for services through the primary care clinic program.”

I forgot to ask CHS what KPHA is and does.  However, I learned from the Web that KPHA is a PHO–not a delicious Vietnamese noodle soup, but rather–in health care “industry-talk”— a “Physician Hospital Organization.” Sometimes described as “a management service organization in which the partners are physicians and hospitals,…the PHO organization contracts for physician and hospital services.”[i]  In the case of KPHA, one of its duties includes billing and receiving money from the Lower Florida Keys Hospital District and then allocating these fiscal resources as needed (or directed?).  It can be said that a Physician Hospital Organization, such as KPHA,  is vehicle for farming out– ‘off-shoring’– some of the burdensome administrative tasks that could bog down a for-profit hospital’s primary mission–reaping profits for stockholders by reducing administrative costs, keeping hospital care ‘efficient’ (read: costs reined in, and thus lean services), and distributing money and healthcare services that will best reduce potential profit losses from indigent or under-insured health and hospital care.

Critics of  such aspects of managed care argue that these practices may create pressure to do more with less: less time per patient, less costly medicines, and fewer diagnostic tests and treatments.  Monetary incentives are often used to affect physician behavior, and may include rewarding physicians who practice medicine frugally by offering financial rewards, such as bonuses, for those who provide the most cost-efficient care.[ii]

A lawsuit brought against Health Management Associates (HMA), subsequently re-branded, CHS, for allegedly illegal management practices in its hospitals across a number of US states, points to the ways that managed care can be operationalized to make hospital profits from people’s ill-health.  Among the charges against HMA/CHS were the following:

The Blue Paper reported last week that Community Health Systems said, “No,’ in response to a Lower Florida Keys Hospital District’s suggestion that CHS renegotiate its management lease on our Lower Keys Medical Center. While I may never achieve former Defense Secretary Donald Rumsfeld’s highest level of knowledge—‘knowing the knowns’… I feel certain that I now know many of the seeming ‘unknowns.’  I will keep working to eliminate the known unknowns… about CHS and the Hospital district.  And I swear that I will never settle for accepting that we must accept the “unknown unknowns” about matters that should be of considerable concern to Key West residents and tourists.

4 thoughts on “Health Care in Key West: Knowing the Unknowable”