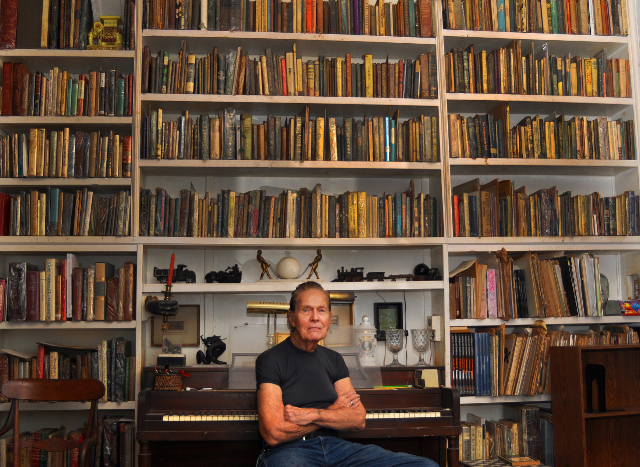 Having been brought up in a rural, one-horse farm, I was used to being alone and doing without group approval. Unconsciously my stance was that I would be compromising my integrity if I were to accept the standards of a world that had always found me lacking in regard sports and the obligatory skills that went with them, or in regard to school with its competitive approach toward any accomplishment. I was only comfortable when I could be myself without being compared to anyone else. I was used to being top dog as long as I did not have to prove it! This was not a rational position but reason was not yet a tool for my thinking in my early years nor was it much of a guide for me for most of my life in regard to behaving as expected in social situations.During my first days at Columbia I heard about groups that gathered together for social camaraderie. Membership was by invitation, but I was not a joiner. However I did feel I should make myself available and meet with one of them at least halfway. I found the front desk of some literary fraternity and I left, as a self-introduction, the one thing that most represented me. This was my first collection of poems, Hourglass, which I had put together as an adjustment to civilian life. I did not realize that I was pitting myself against my own generation which of course consisted of bright ambitious young men who had already had a decade of sophisticated metropolitan life in the city, were familiar with life as competition as well as with the ability to make a noise to get attention. I, still a country boy, assumed my gesture would verify who I was and prompt some kind of conversation, or whatever was supposed to come next.. I missed the getting-aquainted event, not realizing there was no other entry into my own educated society. While my roommate, Ray Longtin suggested I had made a mistake, it still took me many years to blame myself for my antisocial behavior. But I also realized without any real analysis that the environment of the fraternity was not what I was looking for, and that neither was it looking for me. No one used these terms then but the difference was that society was straight and I, being gay, was alone. The society, the friendship, the understanding I needed were not at any college or university. Since I had not found out who I was, I had no identity beyond my writing of poetry. As I grew older I still I avoided competition, and any of the contests that were always popping up. I even disliked the very term, “submission,” as a degrading one. I felt that the only obligation one had was to find out who one was by the practice and the interpretation of one’s creative work. But these opinions did not begin to form until I was thirty-eight when I could understand having a purpose larger than oneself. Getting recognition let me begin to be someone else on my own–not classified in any movement, not part of a group, nor accepted by any particular judge. My work got printed even though I did not dare to think of it as having any calling or being any kind of career. Still, it was what I cared about most.The only approval that I felt I could recognize was my own critical acceptance or rejection of what I was doing through my own sense of judgement beyond the little education I had been able to absorb. The education I was getting was in my poetry.

I had recognition but not in any public way. Individual poems were always printed but no commercial or academic publisher wanted to commit themselves to any collection by an unknown poet who had never been asked to read at any school. Nor could I leave whatever job I had to go read anywhere even if I were asked to do so. I had survived in this period as a speed-typist after leaving Columbia, and I was the first person in New York to use computerized typesetting. This got me into working with encyclopedias and I was offered a job as an assistant at a small literary agent. My dislike of traveling was also a moot point. My life with Ralph Simmons also was another situation that I never wanted to interrupt and which could not be socially recognized in those years as being of any consequence in the first place when the very word, “homosexual,” suggested some obscure disease one did not mention in mixed company since it was illegal to begin with.