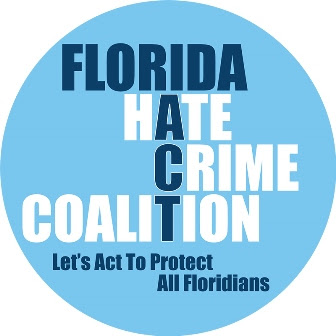 Boca Raton – The Florida Hate Crime Coalition (FHCC) recently sent a letter to Senator Randolph Bracy, Chair of the Florida Senate’s Criminal Justice Committee, urging him to agenda SB 588 for a hearing before the Committee, and it launched an online petition for Floridians to contact the Senator about the bill.

The letter advises Senator Bracy that “[c]ountering the hate and violence on display in Gainesville, Charlottesville, VA and other extremist rallies across the country is not a Democratic or Republican value, but an American value …” and “[a]ll Floridians deserve the full protection of our State’s hate crime law.”

In urging the Senator to give SB 588 a hearing, the letter explains that “… [i]n our State, a hate crime cannot be charged if a victim is targeted for their physical disability, gender or gender identity. Furthermore, the hate crime law does not cover “mixed-motive” hate crimes ….  SB 588 would fix these critical gaps in the hate crime law by (1) expanding its definition of disability to cover physical disabilities; (2) adding the categories of gender and gender identity; and (3) covering mixed-motive hate crimes.”

Any Floridian can sign FHCC’s online petition urging Senator Bracy to give SB 588 a hearing by clicking here.

Led by the Anti-Defamation League (ADL), FHCC’s mission is to secure a comprehensive hate crime law in Florida.  It is a broad coalition composed of civil rights and religious organizations, other non-profit organizations, and law enforcement agencies.