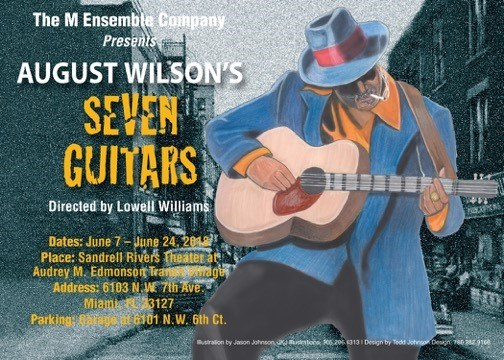 My long standing invitation to attend one of The ‘M’ Ensemble Theater Company’s productions as my guest has not been a self-indulgent nor frivolous enticement.

The ‘M’ Ensemble Theater Company predominated  this year’s “42nd Carbonell Awards Commemoration”. They were honored with 5 of these awards, as well as the Co-Founders of the Company receiving Carbonell for their Lifetime of Achievement .

The ‘M’ Ensemble Theater Company has risen and stayed at the top of stage production and the performing arts for 47 consecutive years. Sustaining this greatness has marked them with  the heart and soul of a Champion.

As this year’s theatrical season winds down, I invite all interested in attending Augusts Wilson’s “Seven Guitars to come to our show on opening night, as My Guest.

Please leave a comment and alert me of your interest. Thank you.