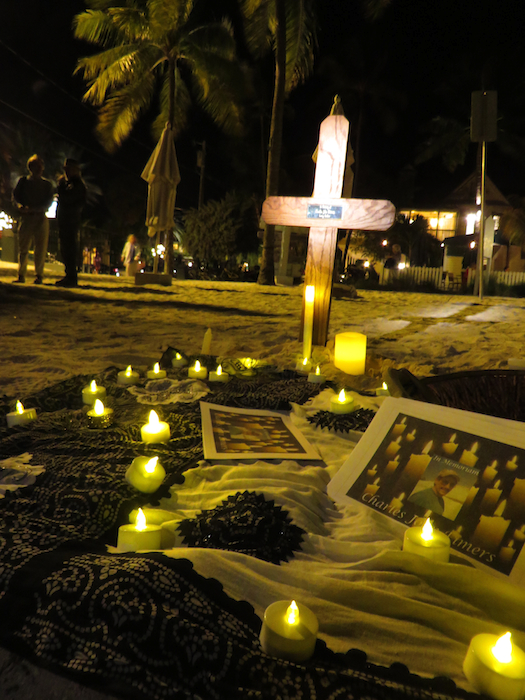 Two years ago, on Thanksgiving morning, paramedics were called to assist an old man on South Beach. KWPD officers on scene told them that the man had been running away from police on the beach and had suddenly collapsed in the sand and when they got to him he had no pulse and they began CPR.

An investigation by The Blue Paper was going to bring to light a very different story, including two bystander videos showing the suspect, 61-year-old Charles Eimers, being held facedown in the sand by several police officers prior to losing consciousness. He would die in the hospital a week later after being taken off life support. The incident and subsequent accusations of cover-up brought Key West considerable national media attention.

Has the police department made any changes to its policies? Could this happen again?

A review of KWPD policies shows that the section on prone restraint has been amended. One of the main criticisms brought by the Eimers’ family attorneys was their view of the incident as an indiscriminate use of the high risk prone restraint method on a beach, which they claimed resulted in smothering Eimers in the sand. “Would you use [prone restraint] in the mud? What about in water?” asked local attorney David Paul Horan at the time.

KWPD General Order 03.15.02.04 now requires that an officer constantly check to be sure that the subject is still breathing if the subject is being handcuffed in a prone position.

Lack of transparency was also a major issue. Dash-cam videos were inexplicably erased or disappeared along with Taser video which may or may not have been tampered with. The audio from all but one officer’s external mic turned up missing, eyewitnesses were dispersed without being asked for their contact information. Other witnesses claimed they were intimidated or ignored and at least one tow truck driver claimed the police was made aware of a third video that was never found.

Since then every officer has been equipped with a body-worn camera. There were questions as to whether officers would actually use the cameras. The Blue Paper has since investigated several complaints made by citizens who claimed some impropriety in their interactions with Key West Police. Each time the body cameras have provided extremely good footage of the incident. In nearly all instances we reviewed, the officers appeared to us as extremely patient and professional. In one instance – a complaint of unjustified tenant eviction in the middle of the night – officers are seen helping the tenant carrying his belongings to his car and generally showing compassion for the subject’s unfortunate predicament. Obviously there is no guarantee that an officer who is about to abuse his authority will first turn his bodycam on or that incriminating footage is not going to mysteriously disappear, but so far the equipment has helped dispel many complaints and evidenced a high level of professionalism on the part of officers.

While covering the Eimers case, The Blue Paper also obtained and published two shocking videos showing suspects being strip-searched in the middle of the street in Bahama Village. This humiliating practice was thereafter determined to be unlawful by the Department. The Chief had the entire force retrained, clarifying that the practice was prohibited.

So, have all the problems identified in the Eimers tragedy been addressed and solved? Not quite. At the time one of the claims attorneys for the Eimers family made was that the City of Key West has a custom and policy of treating homeless persons more harshly than tourists. That custom, they said, caused Charles Eimers [who was living out of his car and perceived to be homeless] to be treated with excessive force. It is unclear whether the police department has internally taken any action in this regard.

At an ACLU sponsored forum earlier this year, Assistant Public Defender, Patricia Gibson, stated that selective enforcement is still the rule in Key West when it comes to enforcing laws about public drinking and intoxication.

Sheriff Rick Ramsay told The Blue Paper that 25 to 30 percent of inmates at the jail are homeless. “This is nothing against KWPD,” says the Sheriff, “but we need to focus on solutions.”  Criminalizing homelessness is futile he explains, “It’s a revolving door.” According to Sheriff Ramsay, jailing the homeless doesn’t solve social problems. “It creates new problems,” he said, “Being homeless is not a crime.”

Arguably, as long as Key West continues to ask its police officers to enforce two different sets of rules based on prejudice, there will continue to be a risk that such “parallel justice” will get out of hand or cause another tragedy. But in all fairness, the blame will not lie solely with the police force… 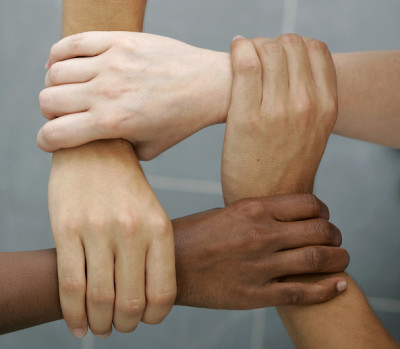 9 thoughts on “Eimers Death In Custody. Could It Happen Again?”