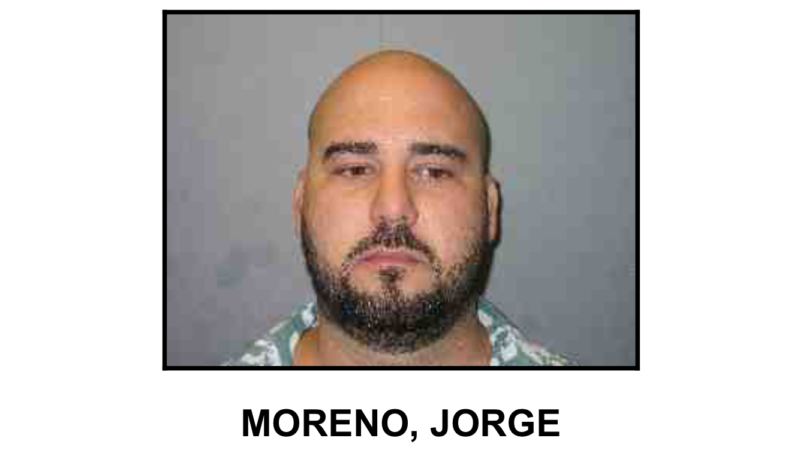 A man from Cutler Bay is in jail today accused of raping, torturing and threatening to kill a woman at an Islamorada resort.

The suspect, 34 year old Jorge Moreno and the 28 year old victim were staying at the Amara Cay Resort Thursday when the incident took place. She told Major Crimes Detective Bob Dosh she and Moreno checked in at about 5 p.m. Thursday. She said as they entered their room, he demanded she give him her cell phone. When she refused, he became violent.

She said over the next several hours he beat her and repeatedly raped her. She said he threatened to kill her and her child. He reportedly held a towel over her mouth and nose so she could not breathe, at one point taking her into the bathroom and running water over the towel covering her face so she said she felt like she was drowning.

She said he poured a bottle of tequila over her and threatened to set her on fire. She said when he couldn’t find a lighter, he made her lay beside him on the bed and he went to sleep. She said she was terrified she was going to die.

She told Detective Dosh she begged him to let her see her child. She said at about 1 a.m. Friday, he drove her northbound, continuing his threats to kill her, the child and her parents. She said he stopped his car on the Card Sound Bridge and told her he was going to push her off the bridge, then kill her family and himself.

He finally dropped her off at her parent’s home in Cutler Bay, then he returned to Islamorada. After she called to report the attack, a notice to be on the lookout for his white Kia was issued to law enforcement officers. The Kia was stopped by a Fish and Wildlife Conservation Commission officer at the 92 mile marker northbound Friday afternoon. Deputies Eric Viergutz and Ben Elmore responded to the traffic stop and took Moreno into custody just before 2 p.m.

Moreno was charged with attempted murder, false imprisonment, sexual battery and battery. He was booked into jail.

One thought on “Cutler Bay Man Charged with Raping, Torturing and Threatening to Kill Woman”