See comments from Monroe County Commissioner Heather Carruthers about the issues brought up in this documentary by clicking here. [Commissioner Carruthers was traveling and unable to participate in a video interview.]

See the acceptance letter and application for the inclusion of the African Cemetery at Higgs Beach [including the area of the Little Dog Park] in the National Register of Historic Places by clicking here.

Below is a follow-up comment from Corey Malcom, Director of Archaeology, Mel Fisher Maritime Heritage Society: 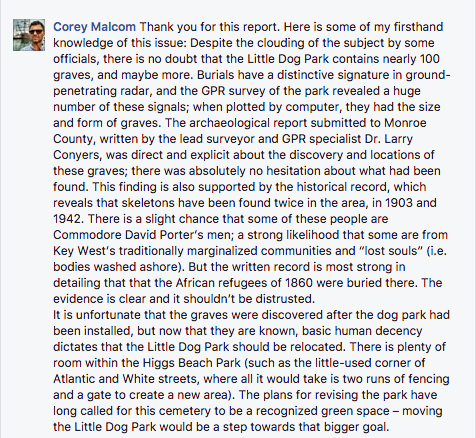 17 thoughts on “DO ALL GRAVES MATTER?”