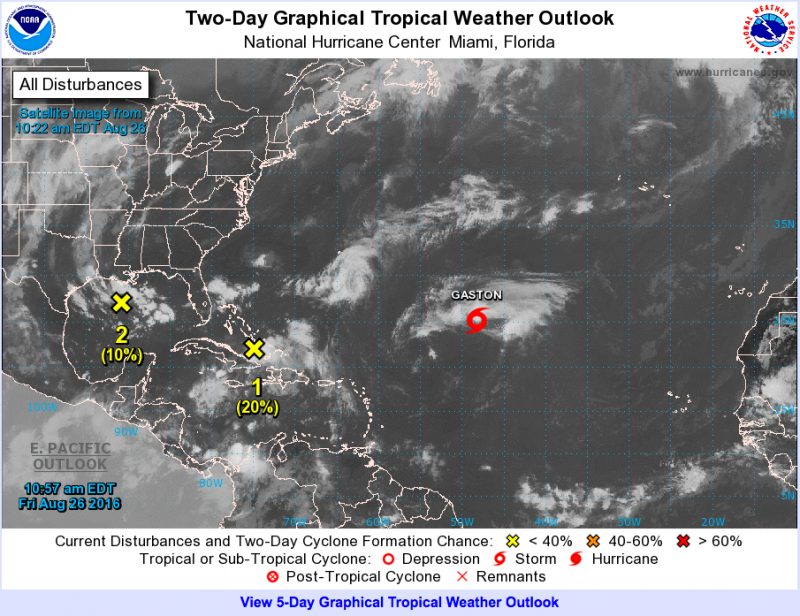 MARATHON – The tropical disturbance that is now 520 miles east-southeast of Key West remains weak and disorganized. It is not expected to develop into a tropical cyclone by the time it reaches the Keys, according to the National Weather Service in Key West.

Impacts of the tropical disturbance will be felt in the Keys on Sunday and Monday. It is expected to bring periods of heavy rainfall, with the possibility of 2 to 4 inches. Sustained winds are expected of less than 25 mph, although gusts of up to 40 mph are possible during thunderstorms.

Coastal flooding is not expected.