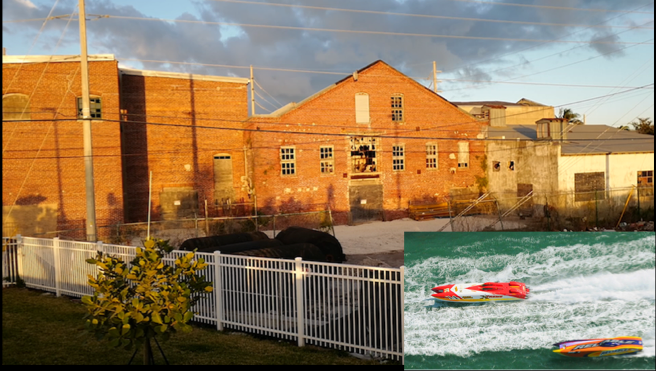 A strange series of events unleashed the suspicions of many City Commission observers last week. Unbeknownst to anyone, a newly formed group called World Powerboat Foundation had suddenly made its way to the City Commission’s agenda with a proposal to take over the defunct old diesel power plant on Truman Waterfront and turn it into a Power Boat Museum.

It was as though a submarine had surfaced ahead of everyone, after silently sliding beneath any requests for proposals or public workshops regarding what to do with the City’s newly acquired complex of historic buildings.

Cloak and dagger plots are somewhat familiar when it comes to the coveted Key West powerboat races, but who could figure what was going on here? 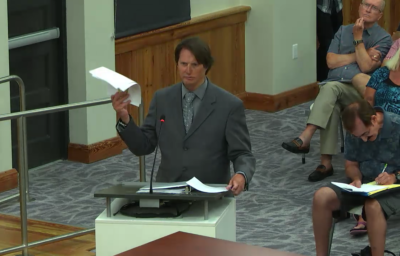 “It does more than ask you to put together a museum. What it asks you also to do is to give control of the Key West powerboat races to Mr. Cox and Mr. Bleil’s other company, Race World Offshore.”

Indeed, the group’s proposal asked not only for a long term lease for the old energy plant property, but specifically for a “long term commitment for the World Championship Powerboat Races at Truman Waterfront.”

As the group would take charge of the diesel plant it would also be recognized by the City as the official host of the Key West offshore powerboat races.

“If the City wants to link the museum to the race. There are other ways to do it. There’s no reason why their organization has to have the World Championship Race.”

Kelley says City staff has promised his client who has a 5-year contract to use the Truman Waterfront Park to stage offshore powerboat races that expires in July of 2019 that they would begin negotiating renewal of that contract after the next race which will take place in November.

Other members of the public were clearly troubled by the fishy smell that had been floating around the proposal.

“This proposal is premature at best and frankly at worst it’s a crude attempt to exclude public input and to put themselves ahead of everybody else in the community who may be interested in developing the diesel plant.”

Others all but insinuated that the process was being rigged by insiders in city government.

The Key West Art & Historical Society sent a letter to Commissioners 5 days prior to the meeting. Executive Director, Michael Geida, told Commissioners the organization found it “troubling” that the “apparent pre-selection” had no justification other than that the group had approached the City.

“To pre-select one historically incongruent use and one entity runs counter to the public policy expressed in the City’s competitive solicitation ordinance, which strongly favors issuance of an RFP to assure selection of a qualified respondent capable and willing to undertake rehabilitation and an historically appropriate re-use of the Facility.”

“Unfortunately, I view this as a grab.” Commissioner Romero pointed out that in addition to leasing the old diesel plant property the men were looking to “annex the City’s maintenance storage lot that is adjacent to the property.”

Commissioner Romero also found something else troubling when taking a closer look at the file:

“I am a bit dismayed to see that the structural visual assessment wasn’t included with the information given to HARC first.  And the first time I see this assessment, which the City paid for, was coming forward with this particular vendor seeking to have a long term commitment or lease agreement with us.  I just don’t like the whole way this seems to have, apparently, been handled and I’m going to state that very publicly.”

Mayor Cates took strong exception to what he perceived as personal attacks:

“I’ve kind of been villainized here.  Like I’m doing this – I’m trying to bring something through here – shady or something.  I didn’t even know about this till I got back last week. I come in here Monday. I had never even heard of this and I did not sponsor this. Did I think that it should come and be discussed just like every other proposal? Yes.”

“And I don’t think there was any sort of ‘back-door deal’ here to get the offshore powerboat racing contract for years to come. I think that’s a misrepresentation and I asked the City Attorney to take a look at that because I was concerned about that.  Was there anything in there that could be presumed that that was the case and he said absolutely not.”

“So, to come and scold us like we’re gonna’ do something wrong is unfair. This whole group works very hard to do the right thing. And how do we do the right thing? We give everybody an opportunity to speak. We listen. And then we try to make an informed decision.” 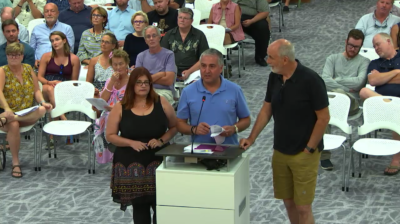 The Commission also voted unanimously (just prior to the powerboat museum discussion) to adopt the Historic Architectural Review Commission’s (HARC) proposal to safeguard the machinery and nearly all of the buildings at the defunct diesel plant property.

Four months ago questions about the fate of the diesel plant buildings had caused a serious bout of “City Hall Fever”, shaking the foundation of relations between the Chief Building Official, the City’s Preservation Planner and some HARC members.

Chief Building Official, Ron Wampler, was about to order the demolition of three of the five diesel plant buildings declaring them unsafe and deteriorated beyond reasonable repair. But HARC had not been consulted. The City’s Historic Preservation Planner, Enid Torregrosa, told The Blue Paper she learned about the proposed condemnation when she was copied on an internal email. She rallied HARC commissioners and put together a 31- page presentation that she read aloud to the Chief Building Official, Ron Wampler, during the formal condemnation hearing, making the case for historic preservation through rehabilitation.

“I am not sure whether I still have a job,” Torergrosa told us after the hearing, visibly shaken. But don’t worry. She still has her job and, while Ron Wampler, concerned about public safety, didn’t budge and issued the demolition order, last night the City Commission unanimously adopted HARC’s 75-page report and recommendation that sets out a preliminary plan to, instead, save and rehabilitate all of the old diesel plant buildings except for an addition to building 3 called “3b” and the concrete bunker, called building “5”. 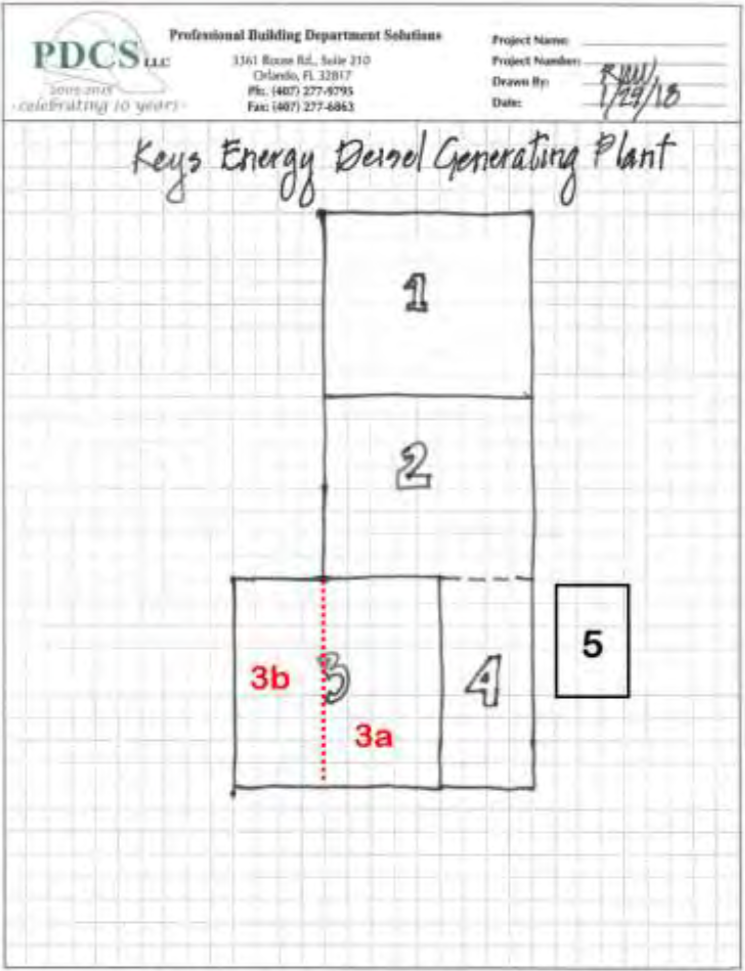 The City must now explore funding and use options. HARC’s recommendation is to work towards rehabilitation and an adaptive use that is compatible with the surrounding Bahama Village neighborhood.

Bahama Village visioning exercises over the years have consistently called for use of the complex, at least in part, for some type of training and education program for area youth.

Ron Wampler has given the City until June 1, 2019 to address his concerns that an airborne piece of the roof or falling bricks could hurt a neighbor or passersby and to repair roofs and window openings.

Take a look at the video below showing the interior of the old diesel plant and a discussion with local artist John Martini who believes one option for the old plant would be for the City to use it as an “art incubator”.