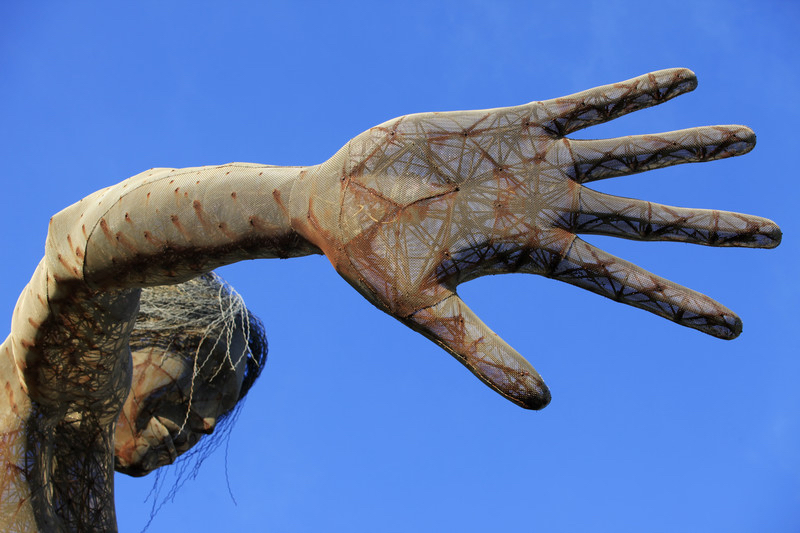 The City Commission will decide at its next meeting on January 17th whether to exempt the new SPCA building on College Road from the requirement that they buy and display art.  Basically, the Art in Public Places Program has a noble goal: “To encourage the inclusion of works of art in public and private construction projects in order to expand citizens’ and visitors’ experience with visual art and enable them to better understand our community and their individual lives. By encouraging artists capable of creating works of art in public places, the Program shall strive to stimulate the vitality and economy of the city by enhancing the visual beauty of the city and contributing to making the city the ‘island of the arts.'” One percent of building costs [on all new building projects] must be spent on art approved by the Art in Public Places Board.

The SPCA applied for a waiver of this requirement, citing increased construction costs making art unaffordable.  A waiver is allowed for non-profits if they can show a “valid public purpose.” The AIPP Board, tasked with providing the City Commission with a recommendation, unanimously approved a partial waiver, cutting the non-profit’s obligation in half.  They also approved of the FKSPCA’s request to fulfill their partial duty by incorporating art from artists who are willing to work for FREE.

This waiver of the AIPP 1% rule must be approved by the City Commission “on a case-by-case basis.” The problem is, the only “valid public purpose” cited in the resolution is “FKSPCA provides animal control duties for the City of Key West . . “

Well, by that standard, every nonprofit would qualify, because in order to gain nonprofit status, you must perform an “exempt” function, all of which serve a public purpose, mostly charitable and educational.   HERE IS a link to a list of the IRS examples. For our City not to statutorily exempt EVERY nonprofit from providing art, the law must mean that there is something special about a particular request. Sadly, the statute gives zero examples of any special public purpose beyond what every exempt organization already had to show in order to qualify as a 501c3 organization.

The FKSPCA is one of the richest local nonprofits.  If you exempt them, you should exempt all non-profits. I don’t think the nonprofit community wants to abandon its artists en masse.  Below is a plea from one of our most renowned local artists, John Martini:

“I am not sure why the SPCA did not ask the plumbers to donate their work to their project. Why is it that artists work is considered of less importance than the sheet-rock installer or the architect. Artists are called upon to donate work for auctions and events constantly. Sometimes it seems that artists are single handily supporting every nonprofit in town. And now we have a precedent that the very non-profits that are soliciting artists to donate to their cause will be able to ignore the same artists when it comes to AIPP. Art production is work and artists deserve to be paid just the same as anyone else. Key West calls itself the City of Arts, it sells Key West based on its art and culture and than sells the very same artists out. Stop selling Key West as a cultural destination if you cannot support the culture workers you are exploiting.”

Well said, John.  I agree completely, and beg the City Commissioners to deny this request.