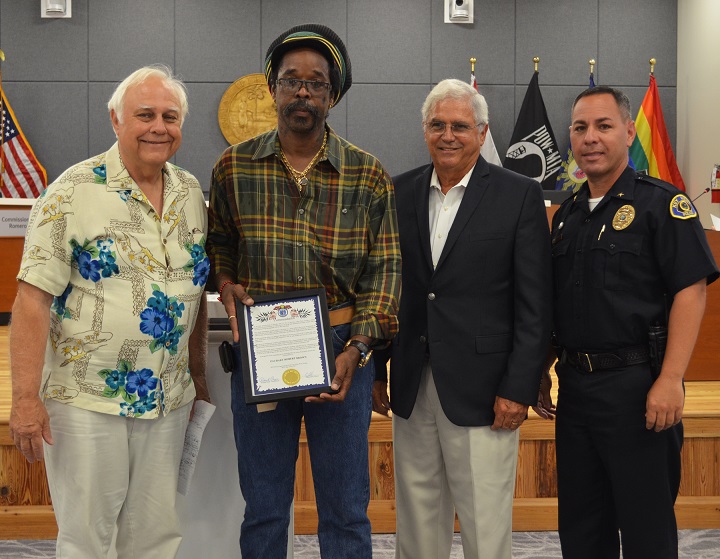 The Key West City Commission on Tuesday commended Zachary Robert Brown for “seeing something and saying something.”

On June 10th, Brown overheard and incident between two men and one of the men mentioned an assault weapon that he was carrying. Brown immediately reported what he’d heard to a nearby police officer.

Within minutes, the armed man was pulled over on his scooter carrying a guitar case and backpack.

Inside the guitar case and the backpack, police discovered an AR style rifle and a .9 mm Glock pistol. They also found approximately 200 rounds of ammunition, numerous magazines for both weapons, knee and elbow pads as well as a tactical vest. He was also carrying drugs, paraphernalia, and $1900 in cash. The suspect was under a court order that prohibited him from carrying weapons.

“The driver was arrested and weapons confiscated,” reads the commendation, “removing a potential threat from our community. The City of Key West hereby commends Zachary Robert Brown for his outstanding act of citizenship and being a good example for all citizens to follow.”