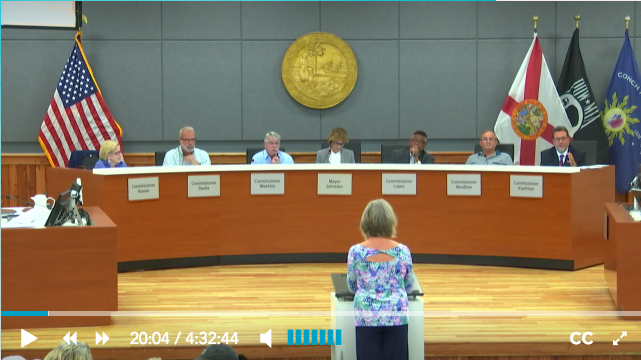 The Key West City Commission, during Wednesday’s meeting, made some adjustments to a couple of different meetings in order to make them more accessible to the community.

Beginning with the March 14th meeting, the Sustainability Advisory Board meeting will be televised live on Comcast Channel 77 and live-streamed on the City’s website. The meetings are held on the third Thursday of every month at 3:30 in the Commissioner Chambers at City Hall, 1300 White Street.

The Commission also agreed to change its start time from 6 p.m. to 5 p.m. Mayor Teri Johnston introduced the resolution, reasoning that most of the elected officials work during the day, and that an earlier start time would mean fresher minds for decision making. The new rules also state that no new agenda items will begin discussions after 10 p.m.

This is the first major change to the City Commission meeting procedure since 2010, and the first time in several decades that a new start time has been introduced. The new 5 p.m. start time goes into effect for the March 5th meeting.

The March 5th meeting also kicks off the community’s first opportunity to comment on agenda items online via the City’s new eComment feature.

To utilize this new open government feature, citizens can log onto cityofkeywest-fl.gov prior to a meeting, and click on “Agendas & Minutes” on the homepage. To submit comments, click the eComment link next to an upcoming meeting’s agenda. One can then indicate their position on an item, add any additional comments related to that particular item or leave general comments for City staff. The City Clerk’s Office will then route comments to staff and elected officials, giving City Commission members time to review and consider citizen input prior to a meeting. This feature will also allow community members to sign up ahead of time if they’d like to comment in person before the commission.