On a cool, cloudy, January 16, I caught up with the Cannabis Freedom Riders, USA as they pulled into Boyd’s Camp Ground on Stock Island. This was not their first ride across Florida, or even America for that matter. They’ve crossed 24 states since 2006 promoting their mission, some multiple times; including Florida in support of the referendum on Amendment 2 in 2014. After the long bicycle ride from Tallahassee; Kenneth and Shirley Locke, their 4 kids, and their relief driver, Becky Keith, with her 3 kids gathered around the picnic table to talk with me about their mission 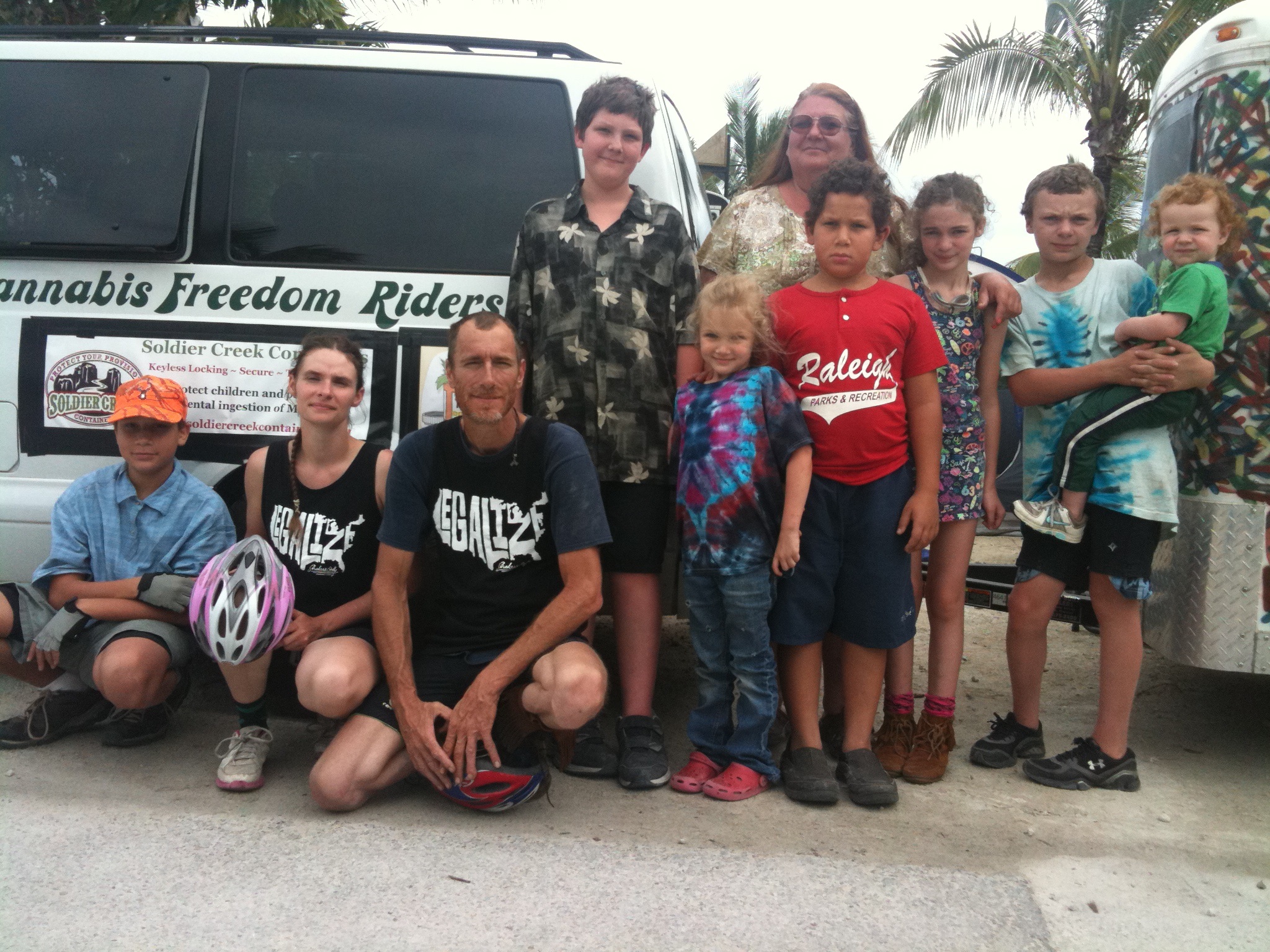 As Ken and Shirley cooled off from the arduous bike ride across the overseas highway, they sat, smiling and joking, telling stories of random people supporting them all over America; handing them joints as they passed, honking, waving, etc.  I asked Ken why he had dedicated so much of his life to this cause. He explained to me the way that marijuana had provided him real relief from his medical suffering when no prescribed pharmaceutical could.

Currently Ken supports his family, living in North Carolina, as a landscaper. As a young man, prior to his injuries, he had worked in law enforcement for many years; including being a Sheriff Explorer for 6 years as kid, then the youngest, paid Pinellas County, FL Sheriff Marine Patrol Officer, and, later, a Clear Water, FL jail Deputy.  A few years later, in November 2001, while living in North Carolina, he was doing yard work at home, when a tree branch nearly twice his height and 3 inches in diameter fell 75 feet onto his head, forever changing his life. 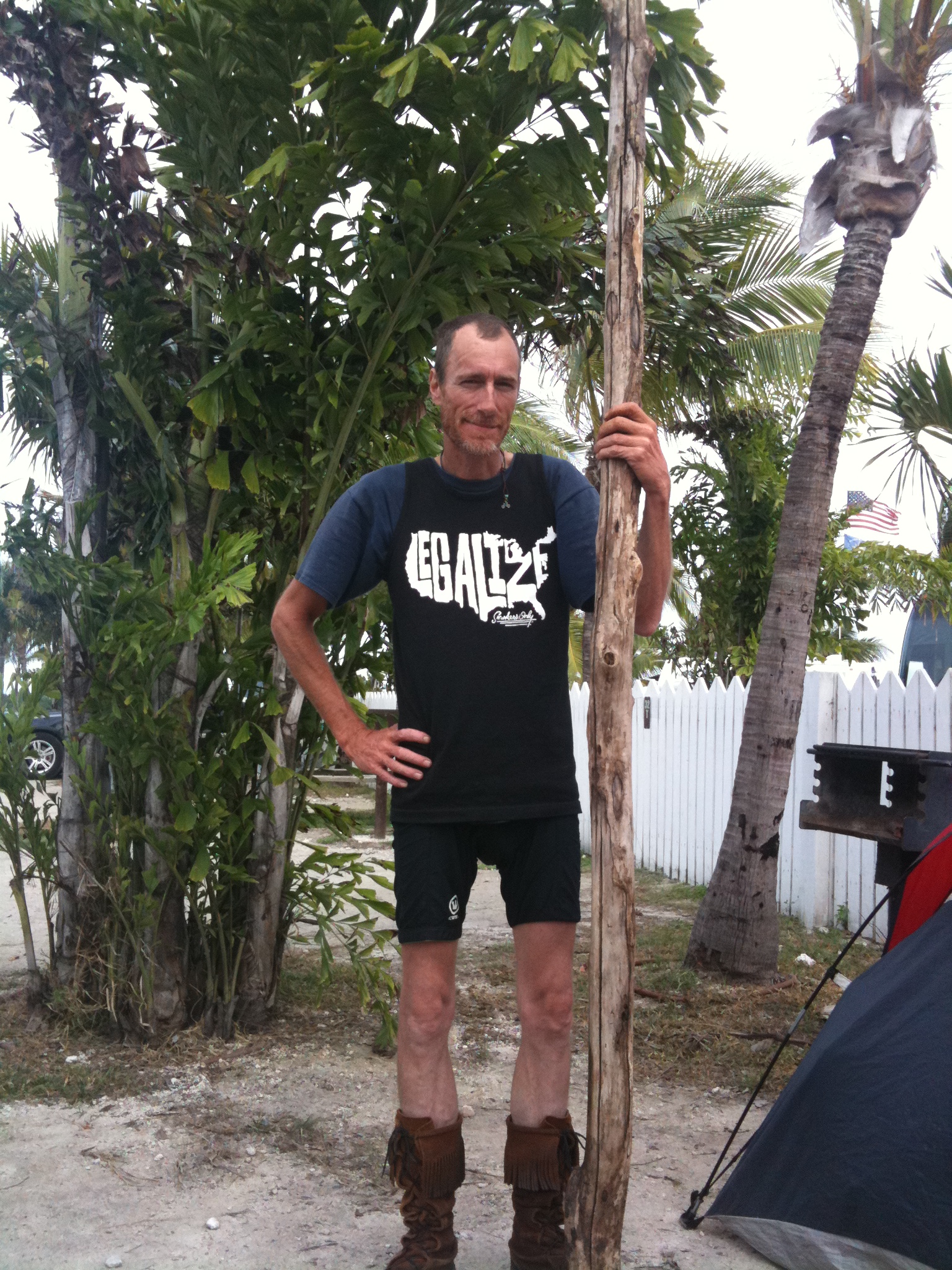 Ken and the branch that busted his skull.

When he arrived at the hospital he was near death. The top, right section of skull had to be partially removed so they could cut 2 hematomas (a localized swelling that is filled with blood caused by a break in the wall of a blood vessel) out of his brain over the course of 5 ½ hours of surgery.  When he awoke, having no memory of the accident, the medical staff did not want to give him a mirror. After repeated demands they relented, and he discovered 5 tubes extending from his cranium and his right eye swollen nearly out of the socket.

To this day Ken has memory problems. Even as we spoke, Shirley and Becky helped him complete sentences. He also complained of ongoing issues with drooling. These are the least of his worries, however. Six months after the accident, he began suffering from Grand Mal Epileptic Seizures. Some so severe they have resulted in injuries in their own right, including broken bones, missing teeth, and even injuries to his wife while she attempted to aid him.

Over the years, the doctors have prescribed a total of 6 different pharmaceuticals, none of which relieved his seizures, some with side effects so terrible he finally tossed them in the toilet. Today his doctor prescribes Phenobarbital, a powerful barbiturate that he takes semi-regularly. What he does take regularly is Marijuana; 1 to 3 joints per day, as needed. As a result, he has not had a seizure in 6 years.  His doctor refers to the combination of marijuana and Phenobarbital as “There couldn’t be a better marriage of two drugs.” 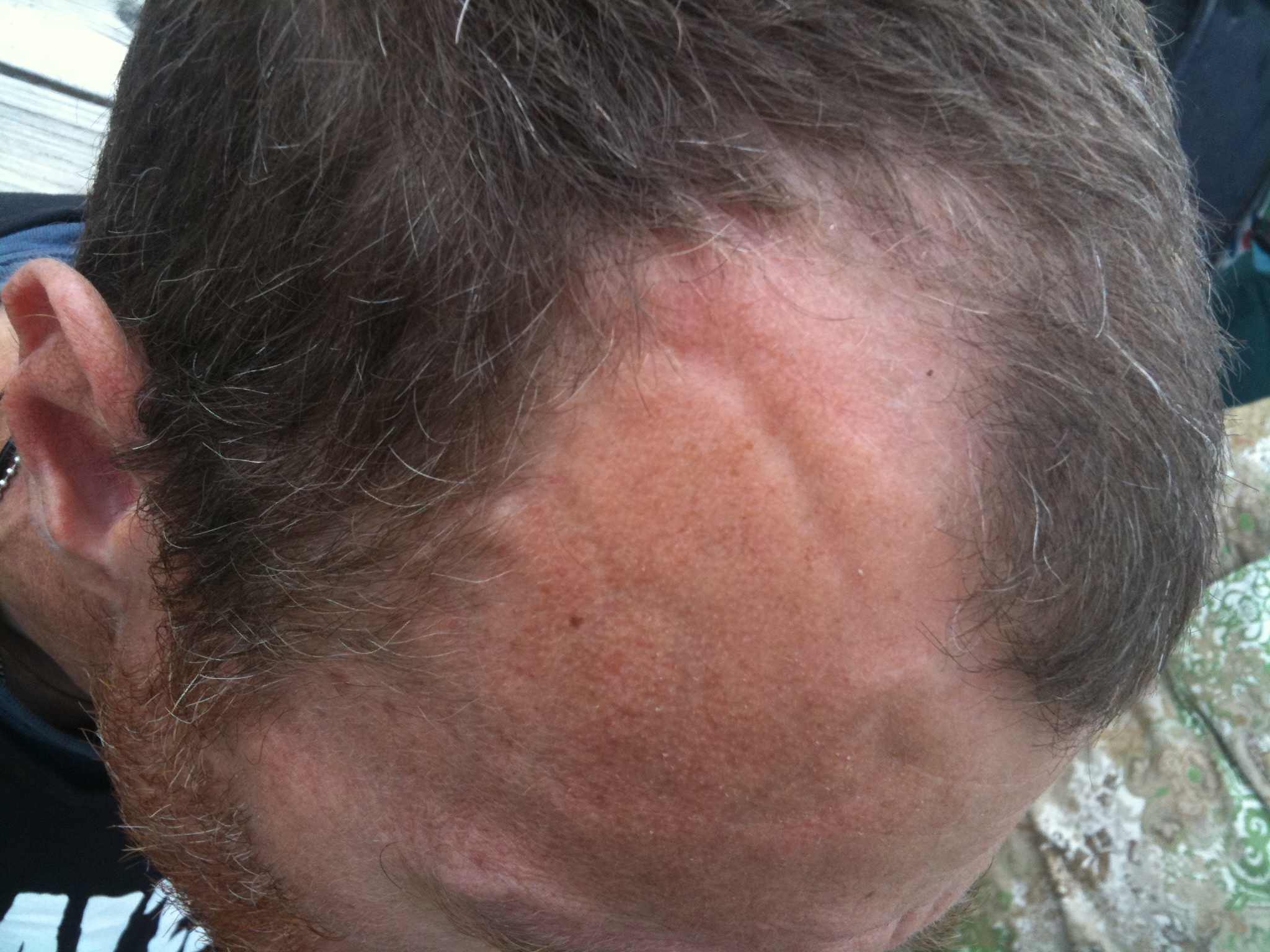 Ken jokes that he thinks his doctors are using him as guinea pig, “I think he’s observing me, because I think he’s waiting for me to kick over and say see, I told you it wouldn’t work.”

Occasionally he gets what neurologists refer to as Auras, which are symptoms some epileptics have just prior to a seizure.  In Ken’s case they present as hallucinations of geometric shapes, and, according to Shirley, a pungent odor. When this happens he sits down and smokes a joint which always successfully prevents the onset of a seizure (for him). However, he cannot get the marijuana in prescribed doses because North Carolina, where he currently lives, is not one of the 23 states which allow doctors and patients to make that decision themselves. But Ken is not alone in his belief in the medical value of marijuana. Nor is the evidence purely anecdotal.

The Science and the Law

WebMD offers a 4 page summary for the lay person on medical marijuana research. This includes studies demonstrating the beneficial effects for MS, Schizophrenia, Alzheimer’s, Autism, Cancer, Chronic Pain, Digestive Disorders, and Epilepsy. While no one suggests marijuana serves as a cure-all for any of these conditions, the evidence of its medicinal benefits are mounting. Not only does it offer relief from the symptoms, but, according to these studies, its side effects are far fewer and far less dangerous than accepted drug therapies.

Alzheimer’s Disease: One 1997 trial found that synthetic THC could ease symptoms of Alzheimer’s. Patients were less agitated and ate better after treatment.

Autism: Two animal studies show that chemicals in marijuana may help symptoms of some forms of autism. A study of children with autism is underway at the University of California Irvine Medical Center.

Cancer: Several studies on animal and human cells and a small study on 9 people suggested THC and other cannabinoids (chemicals derived from cannabis) might slow the growth of brain cancer. Multiple lab studies in human cells have also shown the potential for them to slow other kinds of cancers, such as breast cancer and leukemia; no studies in people have taken place.

Chronic Pain: More than 45 studies have looked at marijuana and pain related to chronic diseases such as cancer, diabetes, fibromyalgia, multiple sclerosis, HIV, rheumatoid arthritis, and spinal injuries. The studies have included smoked marijuana, along with herbal and man-made forms. Cannabidiol can help with pain relief, according to recent research. The majority of the studies showed an improvement in pain relief in comparison to a placebo or to other traditional pain medications. About a quarter of the studies showed no improvement.

Digestive Disorders : Personal stories and several early studies have shown that smoking marijuana can help people with digestive diseases such as colitis, irritable bowel syndrome, and Crohn’s disease. Some of the results included a reduction in bowel inflammation and reduced acid reflux. Further, some patients were able to retain more nutrients in their bodies, and the disease went into remission.

Currently, under Federal law, marijuana is considered a schedule 1 drug. This is considered the most dangerous type of drug; included in this category are heroine and LSD. Schedule 2 includes cocaine, schedule 3 includes Vicodin, schedule 4 includes Xanax and schedule 5 includes Robitussin. The key to being schedule 1 is that it is both addictive and has no medicinal value. Due to the mounting evidence that marijuana fits neither of those, as part of a larger case in California, a US District Judge has opened arguments on the Constitutionality of the Schedule 1 classification, which should wrap up next month. If she rules against, it would be up to the DEA to appeal to the Supreme Court. However it seems questionable whether they would. 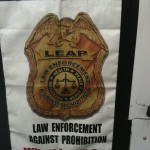 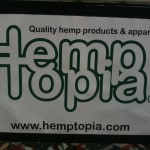 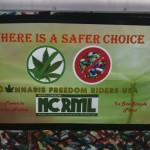 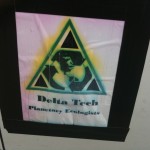 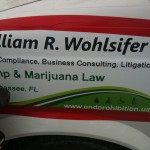 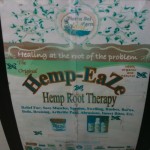 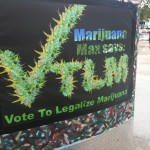 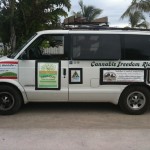 In recent months Congress, the White House, the FDA and the DEA have all seemed reticent to pursue a hard line against marijuana. Congress passed legislation blocking funding for enforcement in medically legalized states in December, and no federal prosecutions have been forthcoming in Washington or Colorado where recreational use has been legalized by the states. In fact banking laws have begun to be set up by the US Congress, signaling a confidence in the stability of that business which has already brought Colorado over $60 million in marijuana tax revenue. 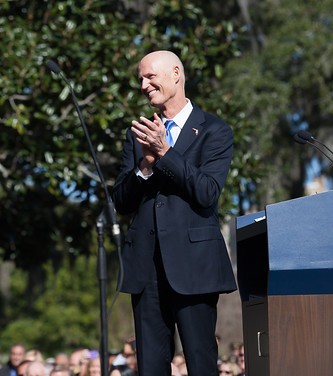 I called Governor Rick Scott’s office, summarized these issues, and asked for his opinion on the subject. Rather than offering a statement in direct response I was referred to a 2014 Fox News, Tampa Bay interview, prior to the election, in which the Governor stated he had signed the Charlotte’s Web bill into law, which provides a low grade strain of a cannabis derivative for children with epilepsy but that he would be voting against Amendment 2. Clearly he still stands firm on that decision, even though 57.62% of the Florida electorate voted in favor. Though this does appear to be a contradictory stance, since he understands the need to relieve the suffering of children with these medical issues, but apparently adults do not deserve the same compassion.

At Home with It

For Shirley, Ken’s wife, all of this has quite a different perspective. They met 8 years ago, prior to Ken gaining control over his condition. She described witnessing his seizures as frightening, especially because there would be nothing she could do for him other than pile pillows around to protect him. Often at risk to her own self, including one occasion, while she was pregnant, when he grabbed her leg so hard he nearly broke it. An event Ken obviously has no memory of because he was seizing at the time. She describes the result of using marijuana as a medicine, “It’s wonderful. I don’t have to worry about randomly finding him at the bottom of the stairs.” 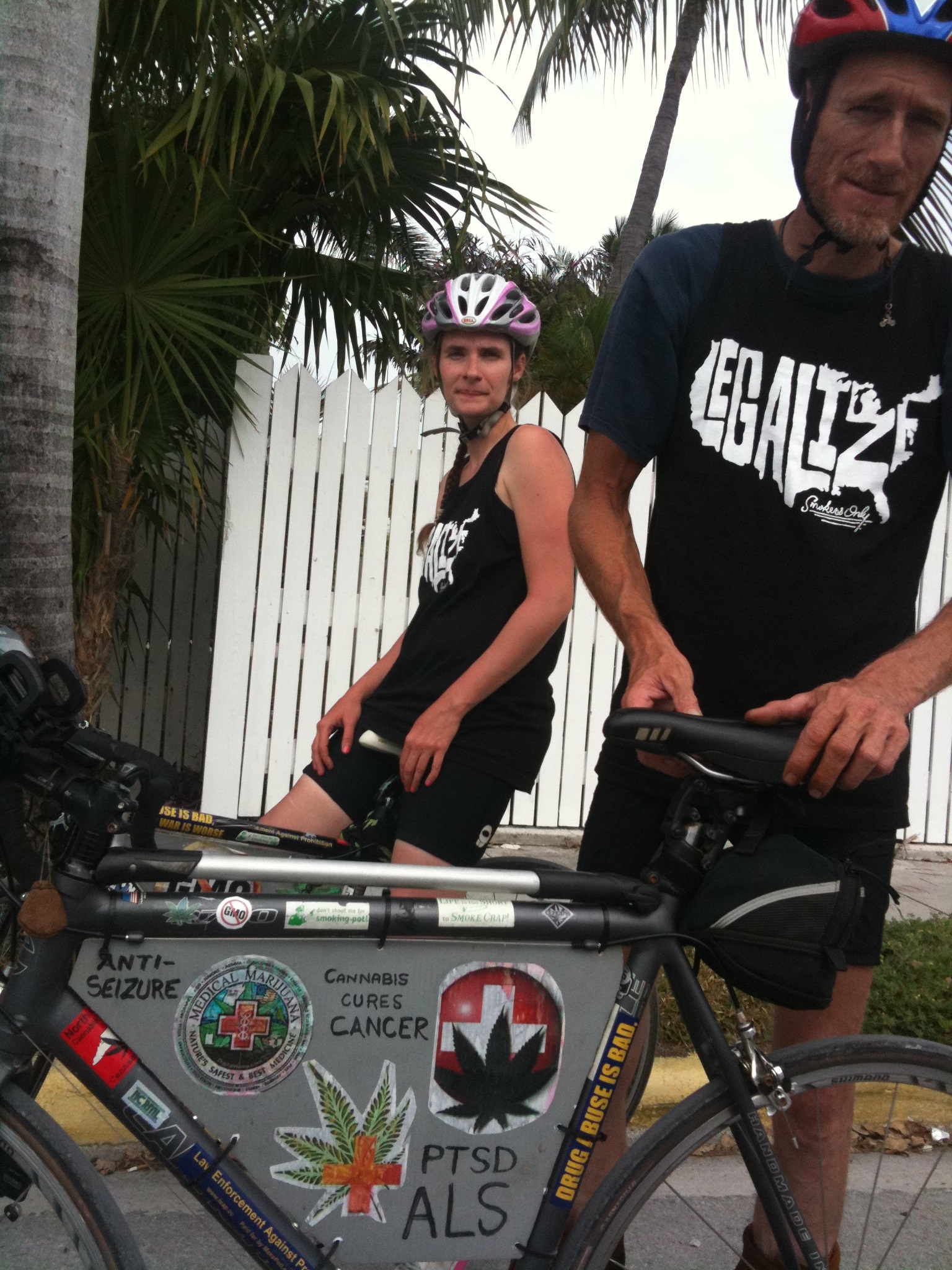 Ken and Shirley Locke with their bikes.

When discussing concerns related to raising kids with marijuana smoking in the home, they said they don’t hide it from them, but they don’t smoke around them either. They make a point to go somewhere the kids are not when they smoke. Though they dismissed the idea of the negative impression on kids by contrasting it against socially acceptable practices such as feeding children fast food or giving Ritalin which have far more deleterious effects.

With more and more states now legalising the use of medical marijuana, the varieity of product available is starting to increase, including delivery methods, strains and flavours, however that said I think Ken quite likes.

Finally, I asked Ken if there was one message he would like the general public to take away from his mission:

“It’s your body, your choice, medicate your body how you see fit, whether it’s legal or not.”