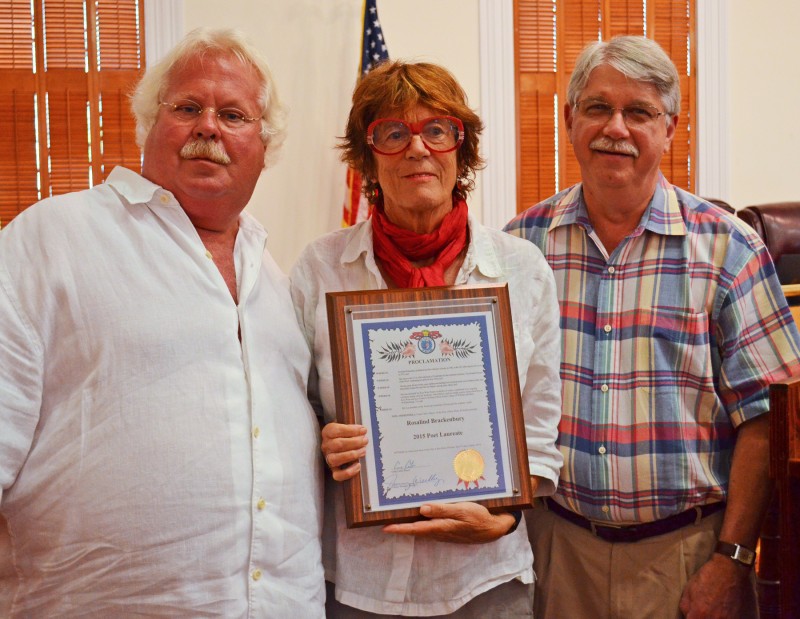 Brackenbury came to Key West in 1992 after publishing her first poetry collection  — as well as her first novel – in the UK. When she came to the island city, she published “The Beautiful Routes of the West,” which celebrates her arrival in Key West.

For 20 years she has learned from American poets while participating in the Key West Poetry Guild. She has taught poetry classes in Key West and as a Creative Writing Fellow at the College of William and Mary in Williamsburg, Virginia. She is a member of the American Academy of Poets and of the Authors’ Guild.

Brackenbury gave a “heartfelt” thanks to the commission as well as Commissioner Jimmy Weekley, who sponsored this recognition.

“This is a great honor in the city of Elizabeth Bishop and Tennessee Williams,” she said to the commission, a trace of her British roots still discernable in her voice, “especially to someone with an accent like mine. This is an honor to poetry and to myself.”

Brackenbury is the second Key Wester to be recognized with the venerable title. Commissioner Weekley, in 2012, named Kirby Congdon as the first Key West Poet Laureate.