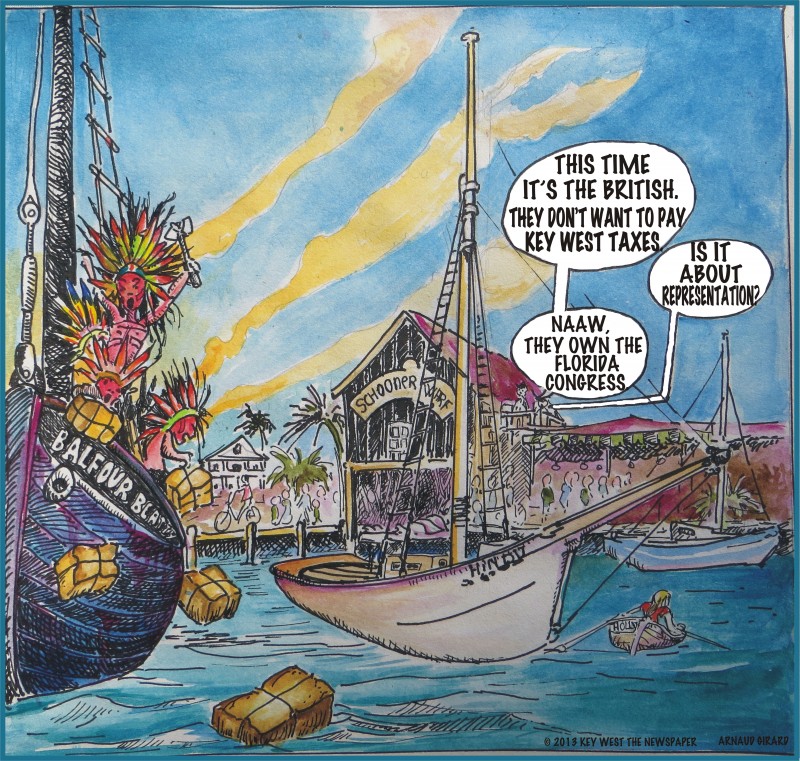 Lawyers are poised to challenge a tax loophole, sought by Balfour Beatty/Southeast Housing in the Senate this week, as discriminatory and unconstitutional.

Under the proposed legislation not only would Balfour Beatty (a giant British conglomerate) not pay future property taxes in Monroe County, but the company would also be pardoned for the $ 11.3 Million in local property taxes it failed to pay since 2007.

However, even if the law does pass, it might not be the end of Balfour Beatty’s days in court.  The Florida Constitution specifically prohibits discrimination in assessing property taxes.    Differential treatment in the assessment of property taxes has been allowed (for example, the senior homestead tax exemption) but such provisions require a Constitutional Amendment.

“I feel this law is completely discriminatory,” says Shirley Freeman, former Monroe County Mayor, “I am one of the many landlords in Key West renting a few apartments to military and locals.   We pay property taxes on everything.  Now there is some billionaire British Corporation that is renting to the same people in direct competition with us, but not paying property taxes.  That’s outrageous!”

According to John Dent, an attorney who has specialized in tax law for over 30 years and represents the Monroe County Property Appraiser, any Monroe County taxpayer could challenge the constitutionality of the legislation.  The law has yet to be passed, but there is already talk of gathering a war chest to father the mother of all lawsuits against what is perceived as a discriminatory and unconstitutional law tailored for special interests.  The state of Florida however appears to be determined to be very generous to Balfour Beatty with the County’s money.

“Bottom line is,” says Dent, “every other branch of government is getting their share.  The federal government collects from Balfour Beatty and its affiliates through income taxes, the state of Florida collects documentary stamp taxes on the title transfers [and sales tax on a few hundred million dollars relative to BB’s construction and renovation of  housing], but Monroe County, which is the government jurisdiction carrying the burden of providing direct services to those properties is being told it should get nothing.  Keep in mind that those housing units rely heavily on local services.   Monroe County jurisdictions provide schools, police, fire, infrastructure, and court services, but the Florida Legislature is proposing that Monroe County should do all of this on the backs of Monroe County taxpayers.   To be honest with you, I can’t believe that these Bills have made it this far.”

Note:  In Monroe County property taxes fund about 80% of the School District’s budget.  Currently, it costs approximately $10,000/year to educate one student in Monroe County.  Federal impact aid paid to the Monroe County School District last year (to compensate for lack of property tax revenue on federally owned land) covered the costs of educating only 30 Monroe County students.  An NAS Key West document obtained by Key West The Newspaper shows that nearly 40% of Key West privatized military family housing units were rented to civilians in 2009.   Local attorney, David Paul Horan, in a recent presentation to the City Commission on behalf of Balfour Beatty, stated that the number of civilians renting privatized military housing has risen since 2009.