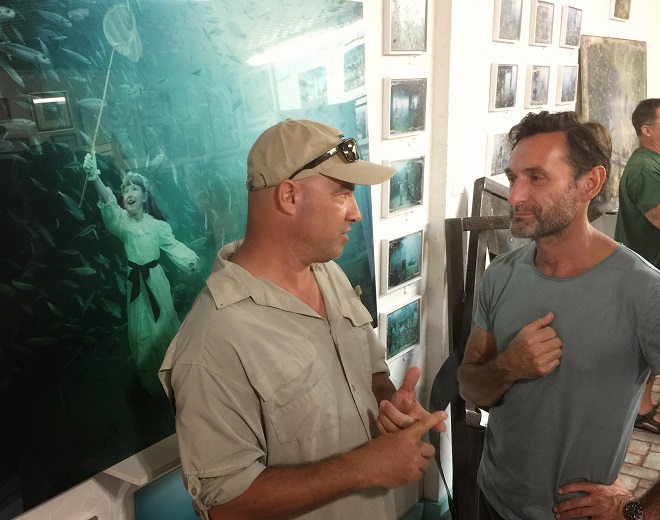 Steve Panariello of Key West and Vienna, Austria, based photographer Andreas Franke (right) meet up at 7 Artists & Friends gallery on Friday, August 18, during a showing of Franke’s signature works – complex creations which involve production of studio images portraying people engaged in everyday activities, composited with photographs taken on submerged ships. The merged images are then mounted on the ships themselves, forming a temporary underwater art gallery and accumulating sea encrustation before retrieval some months later for land-based exhibitions. Franke’s first such projects took place on the Hoyt S. Vandenberg artificial reef, the 2009 sinking of which Panariello, his Digital Island Media business partner Chad Newman, and ABC news producer Dave Sirak received an Emmy award for their innovative film documentation.