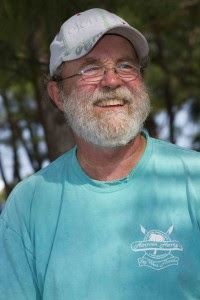 Background:
The PBA places great value in the relationships it builds with elected officials. Therefore maintaining open lines of communication is of the utmost importance.

(a) Would you contact the PBA before speaking publicly for or against any issue of importance to the Association and/or law enforcement? Please explain your views.

Not unless the PBA is part of the Key West City Government and answers to the City Manager, who answers to the City Commission; otherwise, to defer to the PBA, or any outside agency, and hold back my conscience and my voice probably would be illegal and immoral, this former practicing lawyer suggests. And, I will never forget PBA backed the KW cops who murdered Charles Eimers, got caught by two bystanders’ videos, and they got clean away, with plenty of help from PBA.

Hypothetical example that came to me as I pondered the Eimers murder:

An undercover city police officer allegedly got drunk in a city bar, started a fight, pulled a pistol from a leg holster and shot the unarmed opponent. There are citizen witness to that effect. The Police Chief does not suspend that officer pending the ensuing Internal Affairs, Florida Department of Law Enforcement, and State Attorney investigations and prosecution. I, as mayor, during a city commission meeting ask the six city commissioners to tell the City Manager sitting at his desk in front of us, to fire the Police Chief, or we will fire the City Manager for not firing the police chief.

Background:
The endorsement issued by the Dade County PBA is one of the toughest endorsements for a candidate to receive. It is also the most highly sought after endorsement because of the organization’s strength and credibility with voters.

(a) Why should the PBA endorse your candidacy?

PBA should not endorse my candidacy, nor any candidate. Why? Because seeking PBA’s endorsement encourages a candidate to lie, or at least say what the candidate thinks PBA want to hear. A candidate who receives PBA endorsement might be viewed as being on the take from PBA, or PBA’s puppet. And why, after how I saw how PBA behave in the Charles Eimers case, would I seek, or want, PBA’s endorsement. You really should keep reading, because where I’m headed might really surprise you.

(b) Have you previously served in public office? If so, what did you do to demonstrate your support of the law enforcement profession?

No, I have not served in a public office, but I think well trained and high moral law enforcement is necessary and crucial to safe and orderly functioning society.

Background:
Public safety is a top concern to Key West residents and visitors.

What changes, if any, do you think are needed within the police department?

Going back to my arrival in Key West in late 2000, my personal observation on the streets, what I hear on the streets from other people, and what I read in the local newspapers is there has long been and remains a cadre of “cowboy” cops on KWPD, who make up their own laws and/or ignore laws. Those officers need to be removed from the police force.

I heard of a recent drug bust in a Bahama Village home, authorized by a warrant, during which the officers did not have their body cams turned on. I heard Police Chief Donnie Lee was okay with that. I was not okay with it for a number of reasons, including: What happened to any cash that might have been lying around in that house, if it was indeed a good drug bust?

I was told by a local stripper who had worked in several Key West “men’s clubs”, that young off-duty police officers moonlighting as security guards in those bars were trafficking street drugs in those bars.

As mayor, I would ask the City Commission to instruct the City Manager to tell the Police Chief that Key West police officers cannot do security work in city bars and men’s clubs. Furthermore, I feel every KWPD officer, including the Police Chief, should be randomly drug tested monthly, while on duty, for alcohol and controlled substances, and drug tested immediately following any arrest during which there was physical violence toward or by the officer(s) involved in the violence. Appropriate action up to being fired and even prosecuted should be taken against any officers who flunk a drug test.

Since I arrived in Key West in late 2000, under orders from above KWPD has been used to make homeless people’s lives miserable, in hope they will leave the area. KWPD uses the Sheriff’s jail and the local hospital, both on Stock Island, next island above Key West, as the city’s back up homeless shelter. This is costing the Sheriff, thus the city and county taxpayers, a bundle, and ut is costing the hospital a bundle, which the hospital either eats or passes on to its paying or insured patients and to Medicare. This is a very low use of law enforcement officers, who have plenty more important protecting and serving to be doing.

As mayor, and as someone who knows more about homeless people and their ways than the current mayor and city commissioners and the city manager all combined, I would try to steer the city toward different ways of coping with an unfixable society problem. City police officers need to be about protecting the city’s residents and visitors from more serious crimes than simply being homeless, drinking booze outside, sleeping outside, lying on the ground outside, etc. Only homeless people who cause serious disturbances, or commit crimes for which anyone would be arrested and jailed, should be arrested and taken to the Sheriff’s jail. The city needs its own drunk tank to hold wasted homeless people a few hours, then release them. That should not be the Sheriff or the hospital’s burden. Nor does this city want to end up like Miami, where a federal judge administer’s that city’s homeless policy.

Background:
The starting pay at the Key West Police Department is low which makes it difficult to hire officers and for officers to afford housing in the Keys.

(a) Are you willing to raise the starting pay in order to attract and retain quality officers?

(b) Are you willing to implement a dedicated bed tax and/or entertainment district tax for police services in order to provide additional pay and benefits for the Key West police officers?

No. The raises should come out of the city’s general revenues. I heard the other day, have not verified it, that Key West fire fighters are paid better than Key West police officers. If that is true, then it needs to be corrected. Police officers are far more at risk to being wounded, maimed, permanently injured physically and/or mentally than firefighters. Police officers’ compensation should reflect that greater risk.

Background:
To maintain a safe environment during special events that may bring in more than the usual amount of visitors to Key West, the department has always arranged extra officers to work in an overtime capacity.

(a) Do you support the continuation of this practice?

Yes, those special events tend to happen on and just off Duval Street, which is a booze and drug zone even when there are no special events there. Extra law enforcement during special events is mandatory, not negotiable. What more concerns me is some wacko armed with military style weapon and lots of spare magazines shows up at Fantasy Fest to do a Orlando gay night club copycat massacre. Fantasy Fest historically was a gay and lesbian event. Key West has a large gay population. Personally, I see no way to defend Fantasy Fest and our other festivals from an Orlando gay night club copycat massacre, other than not have the events. I’d like to hear any suggestions you have about how to defend against that during Fantasy Fest and other festivals.

Background:
The City and PBA negotiated a clause in the collective bargaining agreement whereby police officers would be able to “buy back” prior military or law enforcement service at no cost to the City. The City then refused to use the actuarial cost of the buy back as the amount needed for the employee to pay, requiring more than what the actuaries determine to be the cost to the employee.

(a) Do you support the City’s position that an employee should have to pay more than the actuarial cost of the time the employee is seeking to buy back?

(b) What steps would you take to insure that the City administration honors both the letter and the spirit of the negotiated provisions they make with the PBA on behalf of your police officers?

For starters, I would read the the Collective Bargaining Agreement. Having practiced law in a different state, I would be reluctant to do anything that violates the CBA. However, if it came to pass that it looked to me PBA was not living up to its end of the CBA, generally, or arising out of a specific incident, I might be inclined to suspend the CBA in my own mind and actions.

If the Dade County Police Benevolent Association chooses to endorse your candidacy, do we have your permission to advertise and circulate that endorsement?
Yes ________ No ________

As I explained up above, PBA should not endorse candidates for public office.

You did not ask what I feel are 2 far more important questions:

What is my view of Florida’s Stand Your Ground Law?

What is my view of military style guns being freely available?

I think the Stand Your Ground Law is an abomination, it encourages more violence and causes law enforcement officers a lot of trouble and puts them at greater risk and should be repealed.

I think the NRA and its Republican and Tea Party pawns and Donald Trump are immediate lethal threats to every law enforcement officer in America – ie. Dallas massacre of police officers, after which NRA, Republicans and Tea, and Trump did not call for stricter regulation of that kind of weapon.

A well regulated Militia, being necessary to the security of a free State, the right of the people to keep and bear Arms, shall not be infringed.

The NRA and its Republican and Tea Party pawns and Donald Trump abolished the well regulated militia part of Amendment 2. That put every law enforcement office in America at grave risk, as the Dallas massacre of police officers certainly proved.

I belong to no political party and will not vote for Hillary Clinton or Donald Trump.