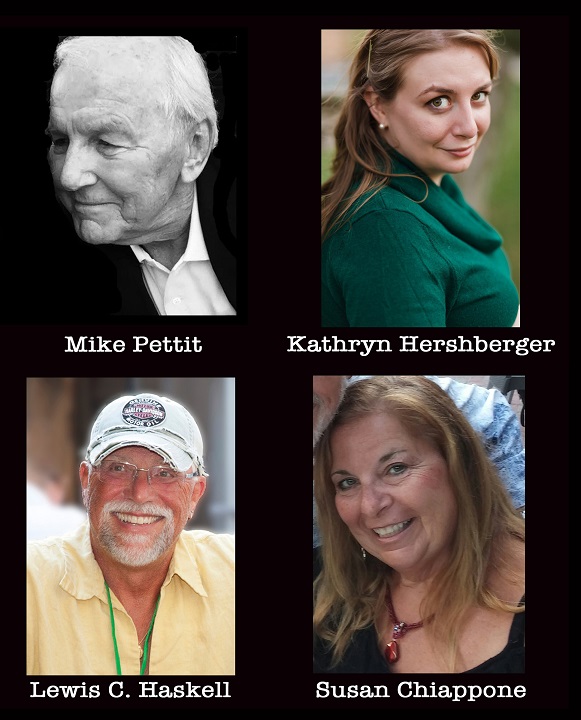 Mike Pettit of Gulf Breeze, Florida, has been named First Place winner in an international competition to claim the 2017 Mystery Writers Whodunit Award, to be presented at the 4th Annual Mystery Fest Key West, set for June 16-18 in Key West, Florida. 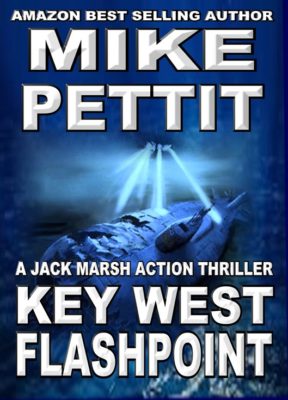 No stranger to mystery writing, Pettit is author of 29 fiction suspense thriller novels as well as several short stories and how-to books for independent authors. Joining Pettit in the winner’s circle are Kathryn K.M. Hershberger of Richmond, VA, who took Second Place with “Triggerpoint;” Lewis C. Haskell of Key West, FL, (who was also 2016 First Place winner and 2015 Second Place winner) who took Third Place with “Kilimanjaro Snow;” and Susan Chiappone, who placed with “The Choirboy Sings.”

Candidates for the award were required to submit the first three pages of a finished, but unpublished manuscript to a “blind” judging committee comprised of Dr. Toby Armour, a playwright, author and performer whose credits include the murder mystery book “Blood Tells” and the play, “Is This 24 Lily Pond Lane?”; Carol Lazar, an author, columnist, photojournalist and former senior editor for South Africa’s Independent Newspapers; Captain Reef Perkins, author of “Sex, Salvage and Secrets,” Screwed, Blu’d and Tattoed,” and the mystery novel “Deep Air”; Robin Robinson, an author, syndicated newspaper columnist, educator and horticulturist; and Shirrel Rhoades, an author, film critic, media consultant and publisher of Absolutely Amazing eBooks.

“Why just the first three pages? That criterion is a nod to late author Jeremiah Healy, a world-class mystery writer and a great judge of mystery writing,” says Shirrel Rhoades, co-founder of Mystery Fest Key West. “Jerry’s opinion was that a book either captures a reader in the first three pages…or it doesn’t. The competition judges all agreed with that assessment, and decided to use it as a yardstick for the competition.”

“I am honored and truly humbled to have won the First Place award,” said Pettit. “It is an amazing and talented group of authors that entered the contest and how fortunate I am for even placing in the run off. I thank the organization for selecting my book and look forward to receiving the Whodunit Award at the Key West Conference in June.”

Pettit is to receive his award trophy at 11am on Saturday, June 17, at DoubleTree by Hilton Grand Key Resort, headquarters for the Key West Mystery Fest, and will read his entry for the audience. The Fest itself is to include multiple workshops, presentations, panel discussions and social events where attendees mingle with acclaimed crime fiction and true crime writers including this year’s headliners John Hemingway, Clifford Irving, Randy Rawls and Charles Todd, featured presenters Lisa Black, James O. Born, Nancy J. Cohen, Heather Graham and many other authors and true-crime experts.