Election Day this year is November 8. That may seem like a long time away, but it’s not too early to remind you that State Attorney Catherine Vogel– in my opinion the most corrupt state attorney in recent memory– is up for reelection. It’s not too early to remind voters of her on-purpose incompetence in “prosecuting” the Key West police officers who allegedly murdered 62-year-old Charles Eimers on the beach here on Thanksgiving Day 2013. And it’s not too early to remind voters that she refused to prosecute another Key West cop after his 10-year-old step-daughter told investigators from the Florida Department of Law Enforcement (FDLE) that he repeatedly fondled her breasts and forced her to put her hand on his penis.

The Eimers case: The retired auto worker from Michigan had allegedly left the scene of a traffic stop on North Roosevelt Boulevard and several police officers had participated in a “slow speed chase,” following him through town. When he ran out of road at the southern end of Duval Street, a tourist’s video showed what happened next. More than a dozen officers, some with guns drawn, approached the car and ordered Eimers to exit the vehicle and lie face-down on the beach. The video showed that Eimers complied immediately. He did not resist in any way. Then, several officers piled on top of him. A witness said that the cops were holding Eimers’ face in the sand. By the time the cops got off his back, he had lost consciousness. After a week on life support in the hospital, he was declared dead.

To cover the cops’ questionable behavior, the initial police reports– sworn under oath– said that Eimers had tried to run away from the police and had collapsed on the beach. That story later changed to resisting arrest. You might assume that the cops may have felt comfortable falsifying their sworn-under-penalty-of-perjury reports because they didn’t know about the video. Wrong. They had obtained a copy of the video– but they did not enter it into evidence until The Blue Paper also obtained a copy and published it! Also, it didn’t help the cops’ fabricated story when an audio recording was discovered on which one of the cops admitted, “I dropped like a fucking bomb on his head!” And the same cop added, “We killed him.” Was that officer fired from the Key West Police Department and put on trial for murder. No. But he was given a five-day suspension.

In any event, State Attorney Vogel’s office did investigate the case, right? Wrong. But she did refer it to a Grand Jury to determine if the cops should face charges and be tried in a court of law. At this point, let me remind you of how the Grand Jury system works. The only lawyer who gets to ask the witnesses questions is the prosecutor, who works for the state attorney. In fact, the only witnesses the members of the Grand Jury even hear are those witnesses selected by the state attorney. No defense lawyers are even allowed in the room. That is why it is often said that any prosecutor should be able to convince any Grand Jury to indict a ham sandwich. Said another way, only the most incompetent state attorney might have to live with the humiliation of walking away from a Grand Jury without an indictment– unless, of course, the state attorney had no intention of going after an indictment in the first place. And that is what was happening in the Eimers case.

Vogel ordered her prosecutors to present the case for the defense– not the prosecution. For example, if Vogel were going to bring in a paid professional witness, you might think that she would bring in a witness to support the allegations– that the cops clearly used excessive force. She not only didn’t do that, she actually paid more than $4000 in taxpayer dollars to bring in a DEFENSE WITNESS– a guy named Chuck Joyner. Joyner specializes in defending officers accused of using excessive force. He is famous for defending a Houston police officer who shot and killed a wheelchair-bound double amputee. Joyner argued that because the one-armed, one-legged man was waving a ballpoint pen in the air, there was reasonable justification for the officer to shoot him in the face. In the case of the Grand Jury considering the Eimers case, the officers involved didn’t need defense lawyers to argue in their favor. State Attorney Vogel played that roll, in part by bringing in Joyner. She did not bother to bring in another professional witness to at least argue that a man whose face is being held in the sand for a long period of time is likely to die from asphyxiation. Go figure. 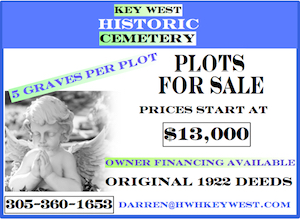 In refusing to indict any of the officers involved in the Eimers death, members of the Grand Jury said that, in addition to being influenced by Joyner’s testimony, they were also influenced by the medical report of then-Medical Examiner E. Hunt Scheuerman who said that, during his autopsy, he found no sand in Eimers’ airway– which seemed to invalidate death by asphyxiation. But there is another side to that story that was apparently not presented to the Grand Jury by Vogel’s “prosecution” team. Scheuerman would later testify in an under-oath deposition that he initially relied on information from Florida Department of Law Enforcement Agent Kathy Smith– who didn’t bother to tell him that witnesses had reported that Eimers’ face was covered with sand and that he may have been tasered and that there was blood running out of his right ear. Kathy Smith is the ex-wife of former KWPD Captain Scott Smith, who was supervisor of police department operations at the time the Eimers incident occurred. Also, Vogel’s prosecutors apparently failed to point out to the Grand Jury that, by the time Eimers’ body was delivered to the medical examiner for autopsy, he had been on life support at the hospital for a week– so it is unlikely that Scheuerman would have found any sand in Eimers’ airway. In fact, Scheuerman wrote in his notes that he was aware that the deceased had been in the hospital for a week and that he was, therefore not surprised that there was no sand in his airway. But Vogel’s prosecutors also apparently “forgot” to report that to the Grand Jury. Go figure again.

Voters should also recall that, in spite of Vogel’s apparent on-purpose incompetence, the Key West City Commission agreed to pay the Eimers family $900,000!

Regular readers of the Blue Paper may recall that I have explained to you before why Vogel has a policy of protecting police officers from virtually any kind of prosecution. In many or even most cases she takes to court, she has to depend on police officers as witnesses. So it is not in her best interest to prosecute cops. It has been well documented that cops often lie on their sworn police reports which are later presented in court as truth. They do this to make themselves look good to superiors or cover up excessive force or other illegal behavior. And Vogel’s prosecutors know this– and in some cases, actually encourage falsified testimony in court. I can’t even remember the number of police reports I’ve read where the cop states that he “feared for his life”– after beating the snot out of a 120-pound guy during a routine traffic stop– and in the same affidavit, reports that, for some reason, his patrol car’s dashboard camera wasn’t working. In any event, falsifying sworn police reports is a crime– routinely ignored by Vogel and her prosecutors. 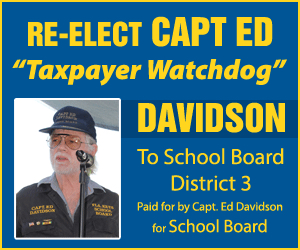 The Eimers case is an example of State Attorney Vogel’s apparent policy of protecting cops– even alleged killer cops. But we also know that her policy also apparently covers cops who have been charged with child molestation. Consider the case of former KWPD police officer Henry Arroyo Jr. In 2013, the FDLE investigated allegations that Arroyo had repeatedly sexually molested his 10-year-old step daughter. During that investigation, the little girl was interviewed by law enforcement several times and her statements recorded. One of those interviews took place on April 24, 2014, with Vogel in the room. According to the FDLE report, here’s what the girl told Vogel and the others: Every week or so, Arroyo would slip out of the bed he shared with his wife, walk down the hall to his stepdaughter’s room and crawl into bed with her. He would fondle her breasts. Then he would take her hand and force her to touch his penis. The little girl said that, sometimes, she would get “sticky stuff” on her hand. At this point, can we assume that State Attorney Vogel was disgusted enough to vow to take Arroyo to trial and send him to prison? Apparently not.

Actually, Arroyo was arrested and subsequently resigned from the KWPD. But when the little girl got cold feet and told Vogel that she did not want to testify at trial, Vogel quickly dropped the case. A little too quickly, perhaps. Even without the little girl’s in-court testimony, Vogel’s TOP PRIORITY should have been to send Arroyo to jail to prevent him from molesting other little girls– at least for a few years. But apparently, that was NOT Vogel’s top priority! In child molestation cases, Florida law allows prosecutors to go to trial with only recorded under-oath statements from the victims– with those statements carrying the same weight in court as in-person testimony. But for some reason, Vogel did not choose to prosecute Arroyo using that option. Instead, she dropped the case! Maybe Vogel simply didn’t know about that option. If so, that would speak to her qualifications to be Monroe County’s state attorney. But if she did know about that option and didn’t use it to bring Henry Arroyo to justice– that’s even worse than ignorance! Of course, there is the possibility that, had Vogel taken Arroyo to trial, she may have also tried to find an expert witness to testify that it is perfectly okay for a cop to force his 10-year-old step-daughter into fondling his dick– as long as he is doing that in his role as parental sex educator!

What’s your opinion? Do you think that voters should remove State Attorney Catherine Vogel from office next November?