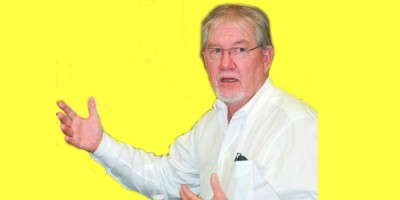 On Friday the Florida Ethics Commission meeting in Tallahassee concluded a 21-month investigation of long-serving George Neugent by finding “probable cause” he violated two ethical laws a total of three times. He got off, as expected, on the charge that initiated my investigation of his affairs: the destruction of SUFA, Stand Up For Animals, and its director, Linda Gottwald, in 2010.

My second charge was clear. I saw his financial disclosure forms for two recent years and they were so poorly done it was clear to me that he was making no attempt to inform the public, as required, of his financial affairs. He did not report a large annuity. He did not follow the clear directions to be specific about his assets and debts: just vague words like “savings” and “medical.”  He did this for two years, and is liable for sanctions for both.

In the closed Ethics Commission session, it is on the record why he did this.  He regarded the forms as “a pain in the ass.” He said old-timers told him when he was first elected to say as little as possible. He was also told the only time this was a problem was if someone made a complaint to the Ethics Commission. This shameless honesty got some chuckles from the generally serious Commissioners.

My third complaint was actually an inquiry to the Commission’s staff to investigate Neugent’s relation to his local golf club. I had two informants tell me he was receiving benefits that I found were not being reported on a standard form requiring you report benefits over $100 per quarter. For years he received what the Commission valued as $1,500 per quarter. Neugent’s defense for this was that he quit two years ago—actually, he quit three months after I filed this ethics complaint. The Commissioners ruled this as no defense. He also offered to fill the forms out in arrears.  Again, they ruled this was no defense.

So I filed three complaints against him, one tentative in that people who would not talk to me did fully inform the Commission’s investigator about the golf membership. He received the equivalent of guilty on two of the three, one on two counts. I am elated that our beloved and valuable Ethics Commission upheld not just me but the general public interest by sanctioning Neugent for his flouting of the law.

The County has spun this with hilarious dexterity, writing a press release as though they had never read my actual complaint. They fail to note the difference between my complaints and those added by the investigators after they got involved in the facts. I made one charge regarding SUFA: misuse of his position to obtain a benefit for others. The Ethics Commission added a charge I never made, that this benefited his “friends.” I mentioned his close relations with the group that got SUFA’s contract, but I knew it would be too hard to prove friendship, so that was not my official complaint—there was no need.

Regarding the golf membership, I only charged him with not reporting a gift, if indeed the gift was found to have been made and accepted. The Ethics Commission itself made up the charge of his soliciting a gift and having it affect his vote, and also the charge that it was “unauthorized compensation.” No one ever told me about either of these, and no hint of either was in my official complaint.

But the County has spun the fact that the Ethics Commission created extra charges, which it then dismissed, as a slam on my own batting average here, which was two-plus for three. A bonus for which I can take no credit is that Neugent hired a big-name attorney, I sure hope at his own expense. Any value he got from this I cannot see, making the cost a self-inflicted punishment. I hired no attorney, handling this myself.

I had basically no hope for a favorable holding on SUFA. I recently sent them remarkably damning statements from the County’s closed sessions on their lawsuit against SUFA, which have just become available.  It explains why the County lost twice at the County Court level and once at the Appellate.  And why they settled when County Attorney Bob Schillinger said SUFA’s countersuit would charge them with “setting her up to give the contract to someone else.” Then, it was quit fast and give her our tax dollars not to put that charge before a jury. The Ethics Commission said they did not care about this extra evidence or the other clear indications that Neugent was pushing the County in the lawsuit.

I went into this as much to test the Ethics Commission’s ability to charge a public official with misconduct as to get them to do anything. I’d been told there was no hope there, after seeing their weak investigations of local nepotism charges and the infamous dinner on Sunset Key for local officials. What I found out in two hours in the Commission’s offices the day before the hearing was that almost NO charges of official misconduct are ever upheld. I looked at all of 2015’s charges, and my rough estimate now is that perhaps 2% are held for probable cause.

I am going back to Tallahassee for a couple more days with the data to get exact numbers for a different year, one they feel has a higher proportion of probable cause numbers, and for which the full process will have been completed through punishment. I wanted to see exactly how they handled a case I am intimately familiar with, and my complaints against them in the case of SUFA are profound. From my 2-hour snapshot, I could infer similar investigative prejudices informing other cases.

While supporting the Ethics Commission’s noble mission, and clear ability to enforce ethical standards in some areas, I hope to be able to increase their ability to fairly serve the People’s interest in cases of official misconduct.

Here in The Blue Paper, I will be doing a multi-part analysis of the SUFA fiasco, informed by the remarkable material from the closed sessions. While I still maintain that the facts support Neugent’s clear role in initiating and guiding SUFA’s destruction, different groups became just as guilty: the other county commissioners, the county attorney’s office, other media, and the community at large. The closed session transcripts open a dark array of conduct we would be horrified to have happen to any of us, and I hope my reporting stops it from ever happening again.