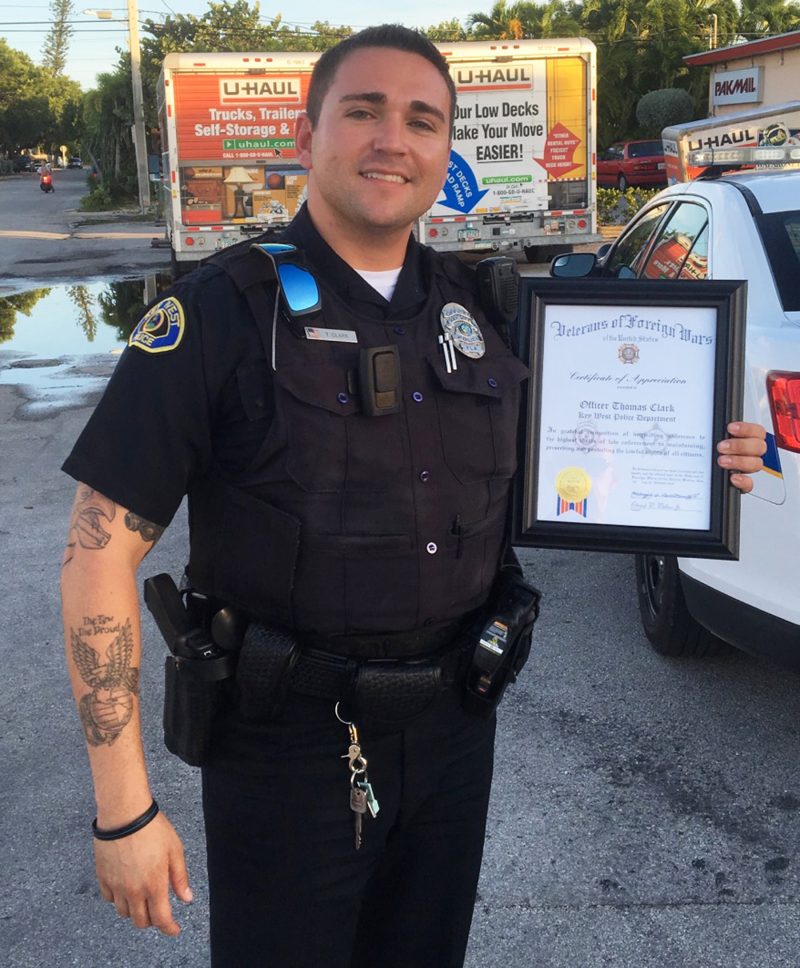 The Veterans of Veterans of Foreign Wars yesterday bestowed a certificate of appreciation on Officer Tom Clark in grateful recognition of his maintaining the highest standards of law enforcement to protect and maintain the lawful rights of all citizens.

Officer Clark started with the Key West Police Department in April of 2012. He serves as one of four quality of life officers, addressing vagrancy in the city. He was named Officer of the Year of 2015 and received the Gallantry Award for the bravely he displayed during a November 2015 incident. He is hard-working and dedicated to the Key West community.