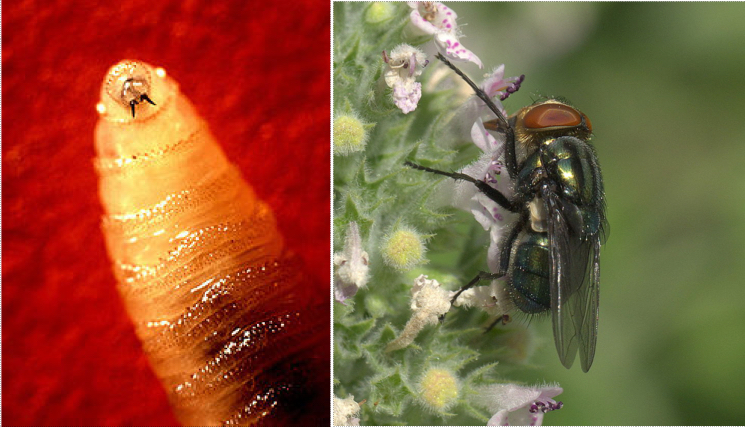 TALLAHASSEE, Fla.–The United States Department of Agriculture’s (USDA) Animal and Plant Health Inspection Service (APHIS) confirmed the presence of New World screwworm in Key deer from a wildlife refuge in Big Pine Key, Florida. USDA’s National Veterinary Services Laboratories in Ames, Iowa, confirms this is a local infestation of new world screwworm. This is the first local infestation in the United States in more than 30 years. In response to this infestation, Florida Commissioner of Agriculture Adam H. Putnam today declared an agricultural state of emergency in Monroe County, Florida.

“The screwworm is a potentially devastating animal disease that sends shivers down every rancher’s spine. It’s been more than five decades since the screwworm last infested Florida, and I’ve grown up hearing the horror stories from the last occurrence,” said Commissioner of Agriculture Adam H. Putnam. “This foreign animal disease poses a grave threat to wildlife, livestock and domestic pets in Florida. Though rare, it can even infect humans. We’ve eradicated this from Florida before, and we’ll do it again. We will work with our partners on the federal, state and local level to protect our residents, animals and wildlife by eliminating the screwworm from Florida. The public’s assistance is crucial to the success of this eradication program.”

In addition to the samples from three Key deer that were confirmed positive for screwworm, there are other Key deer from the same refuge and a few pets in the local area that exhibited signs of screwworm over the past two months, though no larvae were collected and tested in those cases. All of the potentially affected animals are from the same area of Big Pine Key and No Name Key. There have been no human or livestock cases.

Animal health and wildlife officials at the state and federal levels are working jointly to address these findings. Response efforts will include fly trapping to determine the extent of the infestation, release of sterile flies to eliminate the screwworm fly population and disease surveillance to look for additional cases in animals. The initial goal will be to keep the infestation from spreading to new areas while eradicating the New World screwworm flies from the affected Keys.

The Florida Department of Agriculture and Consumer Services has established an Animal Health Check Zone from mile marker 91 south. Animals traveling north will be given health checks at an interdiction station located at mile marker 106 to ensure that they do not have screwworm. This checkpoint will ensure that the screwworm does not travel north and infest other areas of Florida.

Residents who have warm-blooded animals (pets, livestock, etc.) should watch their animals carefully and report any potential cases to 1-800-HELP-FLA (1-800-435-7352) or non-Florida residents should call (850) 410-3800. Visitors to the area should ensure any pets that are with them are also checked, in order to prevent the spread of this infestation.

While human cases of new world screwworm are rare, they have occurred, and public health officials are involved in the response. For more information about this disease in humans, please contact your local public health department.

New World screwworms are fly larvae (maggots) that can infest livestock and other warm-blooded animals, including people. They most often enter an animal through an open wound and feed on the animal’s living flesh. While they can fly much farther under ideal conditions, adult flies generally do not travel more than a couple of miles if there are suitable host animals in the area. New World screwworm is more likely to spread long distances when infested animals move to new areas and carry the pest there.

In the 1950s, USDA developed a new method to help eradicate screwworm using a form of biological control, called the sterile insect technique, which releases infertile male flies in infested areas. When they mate with local females, no offspring result. With fewer fertile mates available in each succeeding generation, the fly, in essence, breeds itself out of existence. USDA used this technique to eradicate screwworm from the U.S. and worked with other countries in Central America and the Caribbean to eradicate it there as well. Today, USDA and its partners maintain a permanent sterile fly barrier at the Darien Gap between Panama and Colombia to prevent the establishment of any screwworm flies that enter from South America.

Here is some more info on the New World Screwworm.