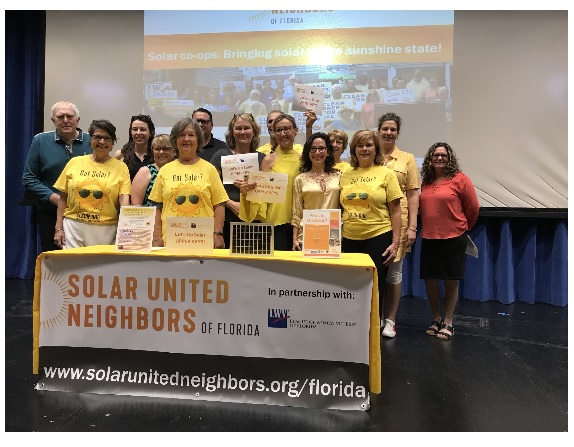 “We’re forming this co-op to make saving money with solar energy as simple as possible,” said Christine Latronico, President of the League of Women Voters, Upper Keys. “Working with the group helps participants learn about the technology so they feel confident in their decision to go solar.”

“I’m excited to work with residents of the Upper Keys to educate them about the benefits of solar energy,” said Jody Finver, Solar United Neighbors Co-op Coordinator. “If you’ve ever thought about going solar before, this is the ideal way to do it.”

Upper Keys residents above Long Key Bridge interested in joining the co-op can sign up at the solarunitedneighbors.org/upperkeys.

Joining the co-op is not a commitment to purchase panels. Once the group is large enough, Solar United Neighbors will help the co-op solicit competitive bids from area solar installers.