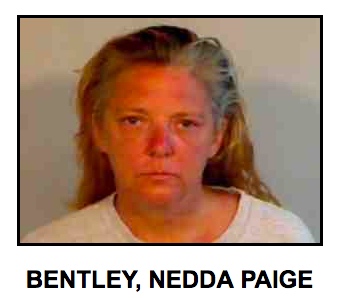 A Summerland Key man was beaten by his ex-girlfriend, then cut with a knife by his roommate all over a complicated domestic dispute between four people in the early morning hours Thursday [June 22, 2017] at a home on Summerland Key.

Deputies responded twice to a home on Airport Drive North. The first call, shortly after midnight, was a woman who was beating a man “to death”.

When deputies arrived, they found the victim, 55 year old Keven Rustad who told Deputy Austin Hopp that his ex-girlfriend, 46 year old Nedda Bentley, was trying to kill him. Rustad said they argued and she began punching him. He said he went into the bedroom to get away from her, but she broke down the door and continued to batter him, choking him at one point. He said she also grabbed a variety of metal hand tools, including a large socket wrench, and threw them at him. He said the wrench hit him on the side of the head. Rustad called for help from his roommate, Patrick Nowicki. Nowicki separated the two and called the Sheriff’s Office.

Bentley was arrested. She was charged with aggravated battery, domestic battery by strangulation and battery.

Deputies responded to the home a second time just after 3 a.m. to reports of a possible stabbing. 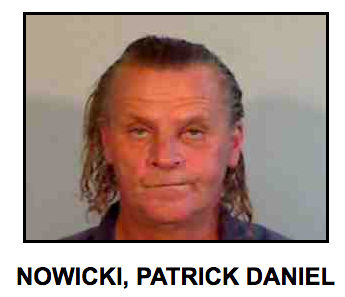 They found the same victim, Rustad, still on the scene, bleeding from a large cut between his forefinger and his thumb. Rustad said he was cut with a knife on the hand by his roommate, Nowicki. Investigations revealed Rustad had reportedly been having a sexual relationship with the on and off girlfriend of Nowicki, Mona Birss, who was also present at the home. When Nowicki found out, he punched Birss in the nose; Rustad intervened. Nowicki got a knife and was holding it in his hand, threatening Rustad with it. Rustad said he attempted to grab the knife away from Nowicki and was cut with the knife.

Nowicki was arrested. He was charged with domestic battery and aggravated battery and he was taken to jail.