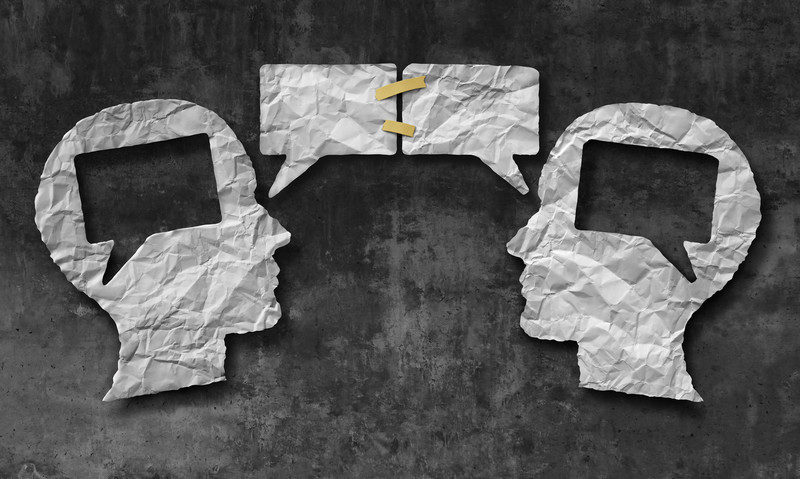 [Note from the editor: Our documentary last week about the unannounced detention, by ICE agents, of two Key West restaurant workers created quite a fire storm on our Facebook page.  The comment below from one viewer, Bill Carson, was so well written, helpful, and enlightening [in terms of understanding what’s fueling the sometimes harsh and critical reactions of our more conservative readers] that I asked if I could share it. Thank you, Mr. Carson, for taking the time to comment and for being willing to share it with the rest of our readers. Here goes…]

If you want to understand the terse replies from readers, this background is important. Conservatives think America is great because of our unique founding principles of liberty (though limited, divided, and decentralized government), self-reliance, and strong moral values. Other nations copy that, but none have constitutional protections as strong as ours. That has set our people free to succeed for 230 years, so now most of the world wants to immigrate. But we can’t take them all into our democratic system without destroying those values because foreigners have neither a dependable understanding of them nor of their constitutional protections.

Now imagine you’re one of us, and like the rest, you also understand that about a third of Americans strongly disagree with all that. They “may” respect it in historical context, but believe our future is more dependent on progressive collectivist policies, despite the tendency of those policies to degrade into tyranny and economic decay. They dismiss our continued success as something that just resulted from our exploitation of natural resources, our military aggression, or cultural imperialism. They do so while ignoring how other less successful nations also have similar resources and histories of aggression. You understand that progressives focus on the great disparity among people around the world, the unfairness of being born into extreme poverty, and they feel both guilt and anger at us for shutting our door to them.

As a conservative, you’ve probably heard something about the former president dismissing our Constitution as “a charter of negative rights”, or the first lady saying that her husband’s election victory was the “first time in my adult life that I was proud of my country”. So you kind of understand what they mean by “fundamentally transforming” America. That’s the context in which you view their radical immigration policies.

Economic disparity drives immigrants to come here in any way possible. Most work, but most also take advantage of every possible public service, even those only meant for citizens. It annoys you, but you understand it and recognize you’d probably do the same, especially with their background.

What bothers you a little more is that many progressives in politics, academia and media think undocumented workers should receive amnesty and equal benefits to citizens, so many turn a blind eye to their misappropriation while calling you and those who oppose that “uncompassionate” or “racist”.

Worse, they collude to conceal their actions, and they lie to you about their intentions, claiming to be deporting more illegals while they’re just reclassifying border turnarounds as deportations. They slow roll deportation processes, encourage Central American illegal immigration through loopholes and then classify the whole thing as an emergency response to a humanitarian crisis. They catch and release most, including thousands of violent criminals. You can’t find many statistics on the criminality of illegals because they are suppressed, but you can at least discover that they are 10 times more likely to be in federal prison for murder than are US citizens. You see that when people report that kind of thing, a wave builds to destroy them with accusations of ignorance, xenophobia, reactionaryism, bigotry etc… Even the political party that claims to represent you is cowed into token resistance. You read how opposition from both parties are silenced by corporate donors wanting cheap labor.

You hear that your president is repeatedly attempting to grant executive amnesty to tens of millions of illegals after claiming earlier that he didn’t have that power, and he keeps pushing it despite being shot down by judges. You want to tell everyone about it, but most of your friends have not heard of any of this because it’s rarely reported in their media. You won’t be believed, and you’ll just sound like a racist or a kook so you bite your tongue and internalize it.

You understand that most of those who oppose you, knowingly or not, align with the progressive left, meaning they have internalized many Marxist ideals without the Marxist methods. Their movement pursues social justice (aka “group justice” over individual justice) across generations rather than through revolution. And a growing number of them, like John Kerry, believe borders are a relic of the past. So on one side of their mouths they sic activist Justice Department attorneys on border states that dare enforce immigration laws themselves, and on the other side they organize states and cities to nullify those same immigration laws in order to create sanctuaries, all the while pretending to be just following the Constitution or “compassionate”.

But you don’t believe they’re acting out of compassion because most were publicly opposing a path to citizenship 10 years ago! You recognize that the progressive left just wants to roll back constitutional restrictions on government power, and illegal aliens conveniently fit in because they are so disproportionately uneducated that they’re less likely to understand or appreciate America’s founding principles. And they are so economically desperate and come from cultures where so few restrictions exist on what governments can do that they’ll both campaign for and often illegally vote for whoever promises them benefits. You see the slimy duplicity, opportunism, and lies of the “pro-immigrant” left’s leadership and it makes you angry. You see them wanting to do the same with millions of Muslim refugees even though most support Sharia Law. You suspect that it’s because Muslim refugees are also predisposed to submit to authority rather than demand liberty. You want to fight that, but see others who have done so attacked as islamophobes. You know it’s not true, but you’re not a scholar; you haven’t studied this for years, and don’t have time to research delicate responses without making mistakes that will be pounced on! And that just makes you more angry!!!

Then you see reports of illegal aliens, that are organized by progressives, marching down streets and protesting immigration law enforcement. Some are insulting your morals and your president! And you think, “Where the hell, other than America, can someone illegally enter a foreign country, slander it and its people, and then “demand” benefits and citizenship?

So when you come across a Blue Paper report of one or two illegals actually being deported despite being good citizens, you won’t be predisposed to compromise and empathy. You might snap back with something like, “It’s about time” or “They knew what they were doing when they came here.” It’s not that you have no “compassion for this couple”, or only “venom for all who came here without papers”. It’s just that it looks to you like propagandist white washing in the middle of a battle to fundamentally transform a culture based on American values into some kind of progressive statistic utopia, even if the author of the story doesn’t know what she’s part of.

Most people rarely think about this kind of larger political/ideological battle or understand it at all, but it’s always simmering in the background as they go about their lives. And if they don’t recognize it, the players and the politics makes no sense.

Bill Carson is a former USMC intelligence analyst, Ernst and Young healthcare IT and management consultant, and application and web developer. Bill lives in Key Largo and is presently a stay at home father of 12 and 14 year old boys. Bill is married to Pech Carson, an RN & FNP.  [Pech immigrated to the US in 1979 as a refugee from the Cambodian Khmer Rouge communist genocide.]