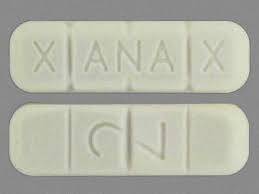 Two Key Largo School students were taken to Mariners Hospital Wednesday afternoon after they reportedly ingested Xanax that was brought to the school and distributed by another student, the latter of whom was arrested.

The 14-year-old male student taken into custody was charged with felony distribution of illegal drugs. The State Attorney’s Office will decide how to proceed in the criminal matter.

The two students — both males, ages 13 and 14— taken to Mariners Hospital in Tavernier were reportedly in stable condition with non-life-threatening injuries later Wednesday afternoon.

Paramedics were called to the school at 12:08 p.m. after at least one student became ill after ingesting the Xanax. Another student fell ill shortly thereafter.

How the student came to be in possession of the Xanax remains part of the ongoing investigation.

The Sheriff’s Office quickly found the bag and placed it into evidence. There were about 20 to 25 Xanax pills in the bag when it was taken into evidence.