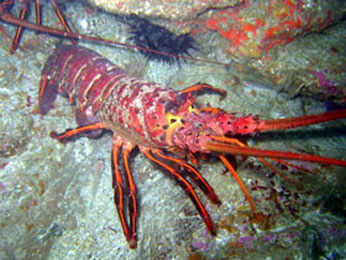 The Sheriff’s Office would like to remind everyone the two day sport lobster season is coming up next week. Anyone who plans to participate catching lobster in Monroe County during the two day season on July 27th and 28th should make sure to familiarize themselves with both state law and with local ordinances in the Florida Keys.

Additionally, Sheriff Rick Ramsay would like to remind everyone who lives here and who is visiting: marine thefts are a real problem in the Florida Keys and thieves may see the two day sport season as an opportunity to target people who aren’t being careful with their valuables. Make sure you remove electronics, fishing and diving gear from your boat when you aren’t on it and store this valuable equipment somewhere secure.

Remember: You must have a recreational saltwater fishing license and a spiny lobster permit to recreationally harvest spiny lobsters unless you are exempt from recreational license requirements. Information about these licenses and permits is available online at MyFWC.com/License. Attached is a detailed brochure with information about the various rules that apply in different areas of the Keys. Make sure to review the rules for the area in which you will be harvesting lobster. Rules and laws vary depending on where you are in the Florida Keys.

Before, during and just after the two day sport season there will be more boats and trailers on the roadways, and more traffic in general. Sheriff Ramsay wants to remind everyone to drive carefully. Pay attention to those around you, be patient and don’t pass in no passing zones. Drinking and driving is, of course, illegal; drunk boating is also illegal and our officers will be watching for this dangerous behavior on the water as well as on the roadways of the county.

“We enjoy all the visitors here in the Keys during the two day sport season,” said Sheriff Ramsay. “But we want to make sure everyone is aware of the law, and is behaving in a responsible, and safe, manner.”