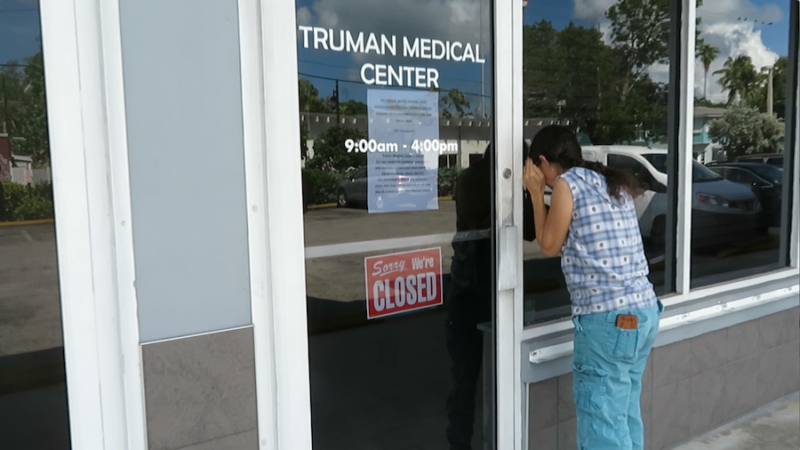 Patients seeking assistance at the Truman Medical Center were surprised to find the doors closed this week. The clinic, which was located at the commercial plaza at 540 Truman Avenue, is apparently closed indefinitely. A sign on the door directs patients to get their medical records by emailing administrator@trumanmedical.org The clinic was taken over by Dr. Timothy Mackey in 2016.

The clinic was formerly operated by Dr. Gilbert Shapiro and was once the center of a local pill mill investigation. According to Brad Dalton, Deputy Press Secretary for the Florida Department of Health, “In July of 2017 Dr. Shapiro’s license was placed on probation by the board for a period of two years. In January 2018 Dr. Shapiro failed to renew his license and it is now in a delinquent status. He is not allowed to practice with his license in this status.”

Sources also tell us the rent is in arrears for the clinic and the landlord was not notified prior to the closure.

Agent for the Plaza owner, Will Langley, a managing partner of Berkshire Hathaway Knight & Gardner Realty, says other doctors have expressed interest in the property. He expects the clinic will reopen soon.

According to Dalton no disciplinary actions are pending against Dr. Mackey.

One person close to the clinic told The Blue Paper the doctor had been talking about closing the clinic for some time but the final decision was very sudden.