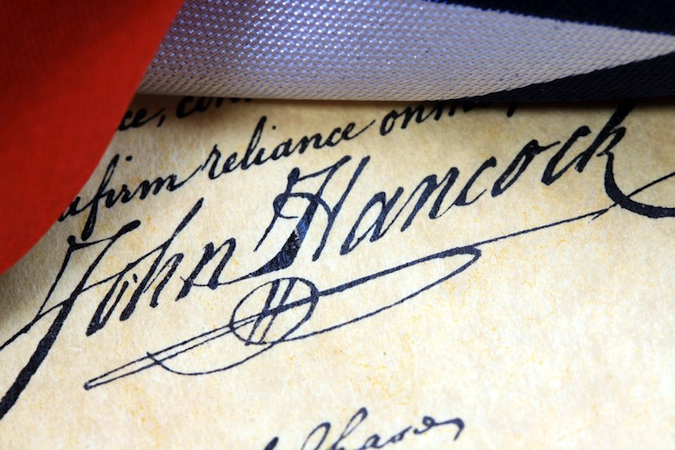 I cannot be alone in my shock and disbelief at the US Supreme Court’s recent eight to one ruling that severely weakens our fourth amendment rights. I’ve taken the liberty to refresh your memory …, “the right of the people to be secure in their persons, houses, papers, and effects, against unreasonable searches and seizures, shall not be violated, and no warrants shall issue, but upon probable cause, supported by oath or affirmation, and particularly describing the place to be searched, and the persons or things to be seized.”

In other words, up until this ruling, the authorities were required to attain a legal warrant before they could search and/or seize your person, car or dwelling. The case in question involved a person pulled over by an officer of the law that apparently did not know the law. The “traffic violation”, as it turned out was erroneous; however the officer searched the car and found some illegal contraband. The Supremes ruled in the case, Heien v. State of North Carolina, that police officers are permitted to violate American citizens’ Fourth Amendment rights if the violation results from a “reasonable” mistake about the law on the part of police. This is in direct conflict with the venerable principle that “ignorance of the law is no excuse”. The Court ruled that evidence obtained by police during a traffic stop that was not legally justified can be used to prosecute the person if police were “reasonably mistaken” that the person had violated the law.

This use of the word “reasonable” opens up a gaping maw of potential abuse by those in positions of authority. Officer Jones is no longer required to know the law. Ignorance is bliss and now apparently holds up in court! This goes hand-in-hand with other Orwellian perversions of our Constitution, brought about by, not only, our stacked deck of a SCOTUS, but also congress with executive blessings.

Once upon a time, we the people were allowed to peaceably assemble to voice our displeasure with our government pretty much wherever and whenever it was needed. In 2011 The US House of Representatives voted 388-to-3 in favor of H.R. 347. This new law restricts the right of the people to assemble and protest in any building in the country where the president may be visiting, anywhere the Secret Service is deployed and anywhere that pols are under the protection of the SS. That means the people are subject to arrest and jail time if they try to exercise their first amendment rights to protest the very players they are attempting to protest against! That isn’t all. The Supremes, in their collective wisdom decreed that assembly and free speech, such as they are, will continue to be tolerated except on the plaza in front of the Supreme Court building. What?

Take these perversions a step further and you have federal, state and local law enforcement creating, what is euphemistically called, “free speech zones”. Huh? CNN reported during the 2004 Democratic National Convention in Boston that the dodgy word, “security”, was trotted out to excuse blatant violations of the first amendment right to peacefully assemble. Protesters were corralled in chain-link fences topped with razor wire calling this a “free speech zone”. As reported by CNN, “…even if their rights were infringed upon, that infringement was necessitated by security concerns.”

Unlike the young in our country that have no visceral recollection of post WW2 and the dark cold war period, words like “security” and “homeland” combined with our militarized ready-for-combat civilian police give me the heebee jeebees . Think about the next generation coming up…They are going to think all this justice-by-swat-team and heavy fire-power violence carried out by civilian police is normal! At the risk of sounding alarmist, at the rate of acceptance of this deterioration of our civil rights, one more generation and possibly everything this nation stands for could end.

The new normal for young people would include the above rule by SWAT, that police are justified in use of violence and arbitrary search and seizure without consequence. Moreover, the right to protest could become so watered down as to make it toothless and pointless by placing our “free speech zones” in the middle of a cornfield and designating the only time to protest will be from midnight to one in the morning. Our “freedom” has been whittled down to the point where we are free to work at low paying jobs, pay the rent, metaphorically and otherwise, and shut up!

I must add the most recent NDAA rule to this list of constitutional corruptions; for the first time in our history our own armed forces can arrest and indefinitely detain American civilians (in direct violation of the rule of habeas corpus) by simply saying the arrested is a threat to national security. And lest we forget, the NSA knows everything we say on our phones, everything we read, write, watch and search for and has it all stored in a big shiny new building in Utah to safeguard us from ourselves, the enemy of us. Huh? Anyway, God Bless America!

I can hear the blind faithful defenders of authority saying, “Well, if you are not doing anything illegal you have nothing to be afraid of.” I love this bend-me-over-and-give-it-to me mentality. The Constitution and the Bill of Rights were not written to protect criminals, they were written to protect EVERYBODY! If it is ok to violate the civil rights of people of color, poor, homeless and the mentally ill, then why is it NOT ok to violate YOUR civil rights? Sadly, throughout history this point of unsustainability has been reached by empire after empire. The perversion of law by those in power, geographical and economic over extension and a general slow drift from the original good intentions of those that began what ultimately metastasizes into empire.

“Gee, Alex, you are such a Debbie Downer.” I am so sorry, but there is no simple silver bullet solution to this frog boil, no second coming of Jesus, no Santa Claus, no hitchhiking on Hale-Bopp and no mass exodus to an alien world to start over again. We are here, now, and need first to acknowledge we are the only ones that can effect change. The power elite like us right where we are, dazed and docile and faithful to authority and the ministry of propaganda, aka, corporate state sponsored “news”, aka, distractive twaddle.

I apologize if I sound a bit too strident, but I believe we are up against it. Before the above change can be effected we need to acknowledge the engineered decline in wages and destruction of unions that have historically protected the working and middle classes that made our country a success for all for as long as it did. Acknowledge that there is something fundamentally wrong with a small handful of people amassing the majority of wealth on this planet while destroying it and the vast majority of the people left with scraps to squabble over. Acknowledge that words like “austerity” and “trickle-down” are code for corporatocratic thievery. Acknowledge the deliberate deterioration of civil liberties by our governing corporate state with the sole purpose to perpetuate and protect that corporate state. Again, sorry, but it is essential to recognize these cancerous tumors on our body politic in order to undergo surgery and treatment. I may be a buzz kill, but I know when we are being led down a garden path. 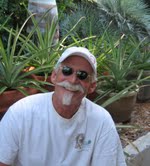 More From other Sources:

5 Responses to “This Cannot Be Happening”