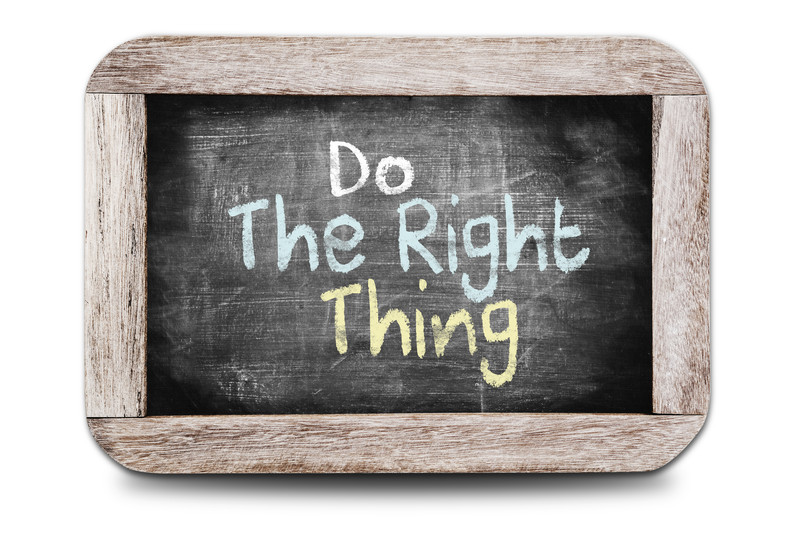 How many times have FDLE Investigators discovered evidence that indicated a law-enforcement officer had committed a crime? On how many occasions were ‘criminally deficient cops’ brought to trial and found guilty?

The following excerpts (In bold black print) were taken from a brilliantly authored document that was prepared by Chairman Allison DeFoor’s “Project on Accountable Justice”. It was examined on Monday (1-5-15) by the Florida Senate. This manuscript identifies in part, a disturbing ‘investigative relationship’ that exists between the Florida Department of Corrections and the Florida Department of Law Enforcement.

I’ve provided an interpretation of the selections extracted from the aforementioned document, and attempted to establish a link between their harrowing descriptions and the killing of Charles John Eimers, while in the hands of the Key West Police Department.

The ensuing ‘excerpts’, are followed by my commentary:

“The Florida Department of
Corrections is riddled with sadistic,
amoral, sociopaths and the people
who enable, support, and cover-up
their crimes.”
–George C. Mallinckrodt

“While working there I witnessed several
guards take turns beating a handcuffed
inmate unmercifully. The only person I told
about the incident was my coworker. She
advised me to say nothing about it or risk
retaliation. Soon I was overcome with
depression and paranoia, so I found work
elsewhere and turned in my resignation.”
–Former Staffer at TCU – Dade CI

“They killed him!”
–Former Coworker at TCU

“What’s it going to take to change
anything in here, does somebody
have to die first?”
–George Mallinckrodt

“A prison that deprives prisoners of
basic sustenance, including adequate
medical care, is incompatible with the
concept of human dignity and has no
place in civilized society.”
–Supreme Court Justice Anthony Kennedy

It appears to me that the criminal malfeasance associated with the aforementioned statements, rests in the fact that on many occasions the Florida Department of Law Enforcement has been the investigative body, which was supposed to hold other law-enforcement personnel (wardens, corrections officers and staff) accountable for their part in allegedly killing, torturing and injuring individuals in their custody.

After studying the detailed findings of several lengthy investigations into the alleged chronic and merciless violence regularly inflicted upon some prison inmates, along with my personal experience uncovering and remedying these types of abuses, it’s appears to me that the FDLE may in fact be culpable for the callous crimes allegedly committed by some ‘officers of the law’. For it is my opinion, based upon research and what I’ve undergone, that there may be some FDLE investigators who rarely, if ever, present evidence that will implicate or bring criminal charges against a law-enforcement officer.

If this allegation is true, we continue to place and recycle rogue officers right back into the lives of the very individuals they are allegedly beating, torturing and killing.

In my opinion, as I read the record and interpret it through my own personal encounters, it appears that some FDLE investigations may not earnestly seek to secure, locate, authenticate, compile and present incriminating evidence; which could charge allegedly violent law-enforcement officers with a crime and hold them accountable; for their alleged cruel, savage and inhumane conduct.

As an agency, is FDLE incompetent? Are malice and malfeasance inherently incorporated into the structural design of this department? Have they been complicit in the commission of some very serious crimes? Did they participate in a cover-up of the alleged crimes committed by their fellow officers at the Florida Department of Corrections?

Governor Rick Scott abruptly replaced the Commissioner of FDLE on 12/17/14. FDLE’s head as we once knew it, has been removed. I’m uncertain how this will impact FDLE employees in Monroe County. Of particular concern is the FDLE investigation of the ‘in-custody death’ of Charles John Eimers. This investigation was corrupted from the start. FDLE blatantly violated its own rules, as it disregarded their “ethical standards policy”, which regulated how they were to conduct an unbiased, impartial and valid investigation.

In accordance with many independent and official inquires into the legitimacy with which FDLE has conducted some investigations, along with an official manuscript of documents that may lend credibility to these concerns; our State Attorney Catherine Vogel should now ‘know’ that this agency (FDLE) is capable of conducting a fraudulent investigation, while possibly designing an alleged ongoing cover-up, when it examined the killing of an individual who was in the custody of the Key West Police Department.

Of particular interest is identifying FDLE’s consistent patterns of behavior when they allegedly investigate “police brutality and excessive use of force cases by law-enforcement officers”. The similarities between the many alleged crimes this agency is thought to have committed, when they are supposedly rendering an accurate examination of police misconduct; and the alleged crimes and cover-up that many believe they have committed, as it relates to the killing of Mr. Eimers; is significantly extraordinary. So remarkable, that these types of abuses resulting in injury and death, are being examined today (1-5-15) by the “Florida Senate”.

State Attorney Catherine Vogel should now ‘know’ based on a plethora of credible, reliable and impartial sources that there may have been significant breaches in FDLE’s investigation of Charles Eimers’ death. These violations include and are not limited to; evidence being destroyed and discarded, perjured statements by police officers (on video tape), an incomplete and inaccurate finding by the medical examiner as to the cause of death (based on the medical examiner’s deposition) and prejudicial testimony purchased with a paid witness to defend the violence and force used by the arresting officers.

Studying the details of this case and having dealt with similar situations, whether knowingly or unknowingly, in my opinion a seriously flawed and inaccurate presentation was made to the ‘grand jury’.

These disturbing, and what may be credible, allegations warrant the application of a remedy. Re-examining the evidence and initiating a new investigation are in the ‘best interest of justice’, as it adheres to the ‘law of our land’.

Charles Eimers’ rights and guaranteed protections under the ‘Constitution’, were not terminated when he was killed.

Madam State Attorney, please request a ‘Special Prosecutor’ from the State of Florida to begin a surgically precise investigation immediately. It is the right thing to do. If you’re not comfortable with that, please call upon President Barack Obama and his Justice Department to look into this matter.

As you know, there are many serious allegations suggesting that significant and egregious problems may be spread throughout the ‘Eimers’ Investigation’. The doubts and uncertainties associated with this troubling matter are not going away. Madam State Attorney you must initiate an appropriate action to clear them up. No one will ever know the truth, if you prevent a reliable and independent assessment of this traumatic event from happening.

After outside intervention, and upon further thought and consideration, if it is suggested and the legal process indicates that a deeper and more deliberative examination of this man’s death is required; bring this case to trial and let the ‘people’ decide on the guilt or innocence of those involved in Mr. Eimers’ death.

Up to this point, as I’ve analytically reasoned through the State Attorney’s response to the ‘Eimers’ Tragedy’, I’m deeply disappointed and acutely troubled by this powerful official’s inability to take corrective action.

Ms. Vogel, I’ve made plenty of serious mistakes during my life. The consequences were never near as severe as the shame, guilt and remorse I carried with me, when I refused to correct the ‘wrong’ I had done. The rewards of amending my conduct and doing the ‘right thing’ have catapulted me into another dimension.

Please do not be hampered by misfortune and hardship, because you’ve chosen to abide in the darkness. Shed the shackles that have bound you to an avoidance of what ‘needs to be done’. Take a cue from the energetic activity taking place in Tallahassee. Please move forward and bring this matter into the ‘sunlight’.

Madam State Attorney, I will support you, doing whatever is necessary to assist you in processing this situation appropriately. Myself, along with many legions of ‘justice seeking’ citizens will stand with you. For what is there to be afraid of, as the ‘truth will set us free’.

Please provide the ‘people’ with the relief and consolation that they seek and deserve.

Sheriff, Judge, Lt. Governor Candidate, Ordained Bishop, Prison Ministry Director, Chairmen of Accountable Justice for the State of Florida; Allison DeFoor, is convening an inquiry today (1-5-15) in the ‘Florida Senate Chamber’, to find out in part, the causes of DOC’s and FDLE’s apparent dysfunction.

Mr. Allison DeFoor’s courage, brilliance and magnificence are second to none. I’ve witnessed him on the firing line of life, going up against insurmountable odds. He doesn’t flinch nor bat an eye. He faces off and stares down the evil cast against him, while he rescues innocent men from a state sponsored execution.

Mr. DeFoor has been one of the reasons that wrongfully accused inmates have been freed from prison and brought back to their families. Under his guidance, I’ve observed these men excel in life and with their new found careers. I can go on and on with his well deserved acknowledgments. However, simply put, words will always be insufficient in describing this man’s magnanimity, benevolence and enormous capacity to love.

As shared with me by my beloved mentor, friend and brother: “The Battle Has Begun”.

However, there may be an alternative to the combat that awaits us. It’s my hope that reason will prevail. Avoiding the ruined careers, destroyed reputations, broken hearts, prison sentences and spilt blood that sometimes accompany these types of battles.

Madam State Attorney, please exert your leadership and spare us the oncoming struggle and strife. I implore you to propose a substantive initiative, which calls for the intervention of Governor Rick Scott or President Barack Obama, in rectifying the muddled investigation heretofore described.

John Donnelly, a resident of Key Largo was born, raised and went to high school in the South Bronx. Upon graduation he was awarded several scholarships to college. He chose to enlist in the United Sates Marine Corps. While serving in Vietnam John was wounded in action. He received two meritorious promotions, one during combat. Upon discharge and return to America, John had a difficult time transitioning back into civilian life. He found himself homeless for the next 4 years. As he worked out some troublesome concerns, he began to yearn to make some sense of his experiences via education. He sought and received his GI Bill benefits. He applied and was admitted to New York University. He later transferred to the University of Miami where he graduated on the President’s Honor Roll. John secured a teaching position at a Maximum Security Prison Facility for criminally insane adolescents. While working there he earned a Master of Science degree from Florida International University. He graduated Summa Cum Laude.