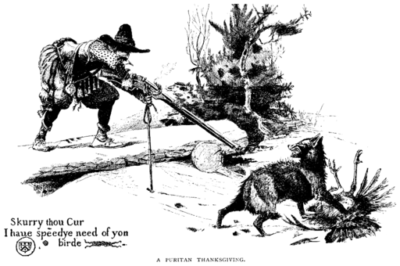 It’s that time of year, and like most of you I’m planning on a big meal and a lazy afternoon as America celebrates yet another Thanksgiving. Naturally, I’m also thinking back over the previous year and looking for things to be thankful for. I’ve found some. Here are a few that aren’t about family, spiral cut ham and so forth:

I’m not thankful that Donald Trump is president of the United States, but I am thankful that he hasn’t blown up the world or any of the other bad things that some were predicting this time last year.

He’s even done some good things, like firing US Attorney Preet Bharara (and all the other US Attorneys), appointing a so far not too terribly shabby Supreme Court Justice (Neil Gorsuch), and throttling back a little on some aspects of the executive branch’s regulatory urges.

He’s also failed to deliver on some of the worst things he promised.

His protectionist disposition on trade hasn’t cratered the American economy — at least not yet.

There’s no wall on the border with Mexico — at least not yet.

He hasn’t pulled the plug on the Iran nuclear deal — at least not yet.

The courts continue to frustrate his attempts to cow sanctuary cities and ban Muslims from visiting and moving to the United States.

While he’s escalated US military adventurism in Syria, Afghanistan and elsewhere, he’s so far held off on all-out war with North Korea. Let’s keep our fingers crossed on that, just in case.

For all these things I am thankful.

While I never supported Trump, I was thankful when Hillary Clinton didn’t win last year’s presidential election. A year later, I am thankful that she’s not president. If anything, she’s spent the last year demonstrating her own complete unfitness for the office to anyone who doubted it before. It’s not so much that I think she’d have been worse than Trump. It’s that for all practical purposes she IS Trump, minus the entertainment value.

I’m thankful for Congress, too. Not for anything they’ve done, but for the fact that they’ve been able to do so little. Gridlock is good and we’re long overdue for some. Here’s hoping for three more years of it. Laws are like speech: If you can’t pass anything nice, better to pass nothing at all.

Most of all, I’m thankful for all of you: The editors who choose to publish my columns and the readers who hopefully enjoy — and sometimes respond to — those columns. The Garrison Center’s mission (and mine) is to bring libertarian viewpoints to mainstream newspapers and non-libertarian political publications. That happened nearly 1,000 times in 2016 and I expect it to happen more than 1,000 times in 2017.