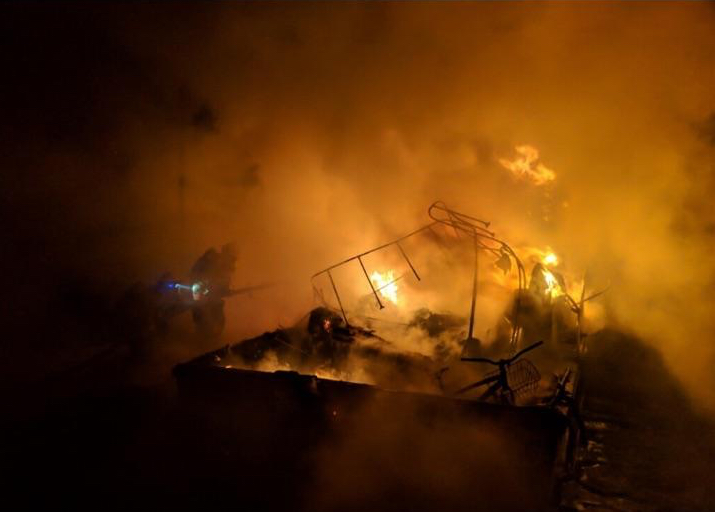 A boat fire at Sunset Marina on Thanksgiving completely destroyed and sunk a 45 foot liveaboard on the Barracuda Pier.

The initial call came in to police at about 6:30 on November 22 as a criminal mischief and domestic dispute. During the investigation, the boat ignited into flames. 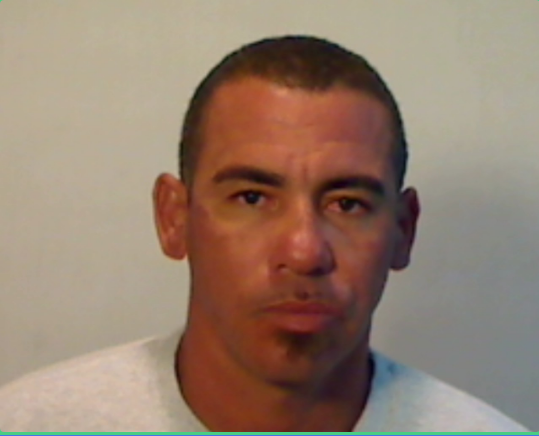 The Key West Fire Marshal and Police Detectives are investigating the scene, and Roman is likely facing arson charges.

There were no injuries, and the Red Cross responded to aid Krause. Salvage operations will likely begin this morning. 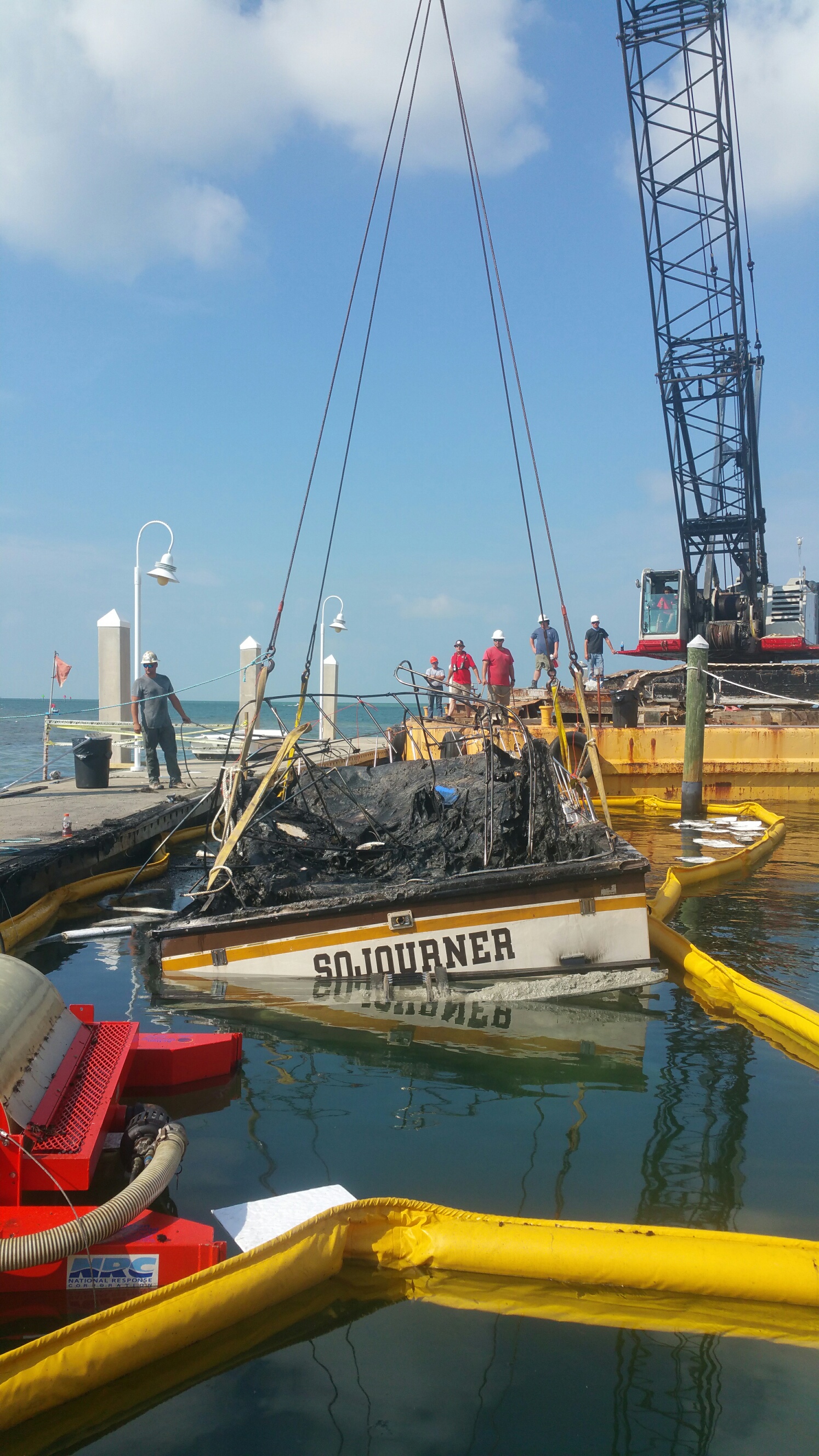 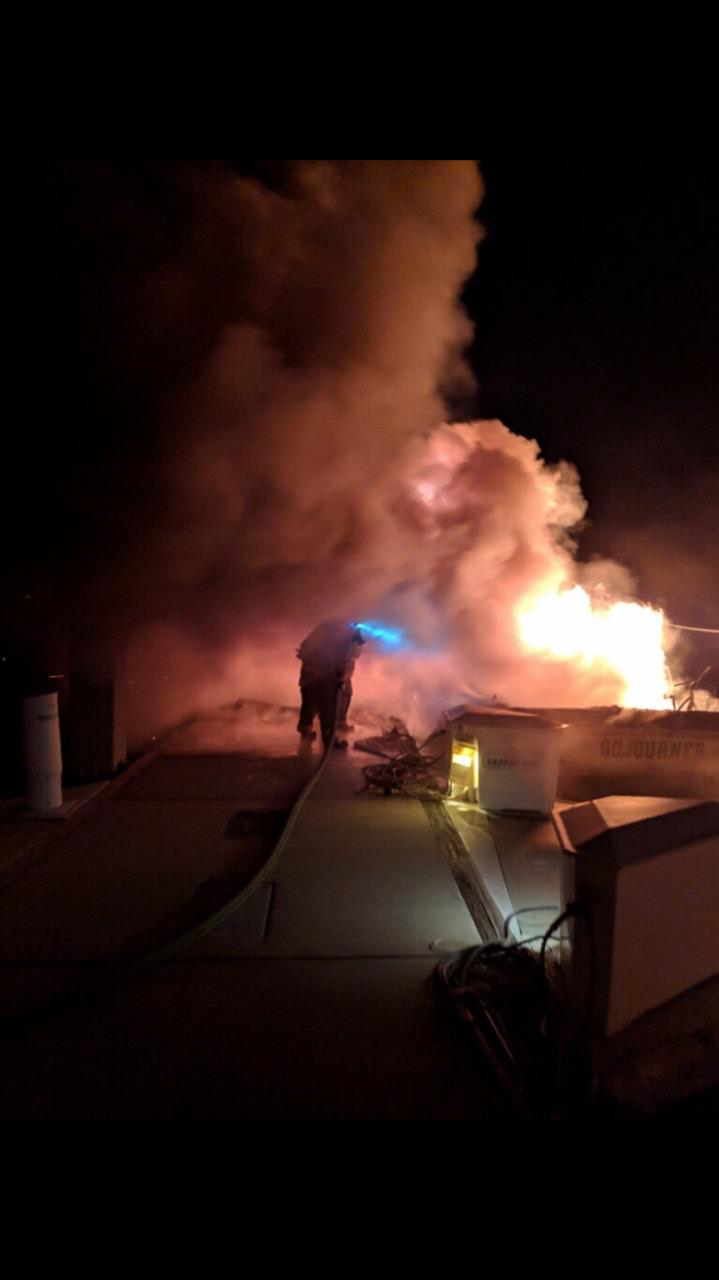