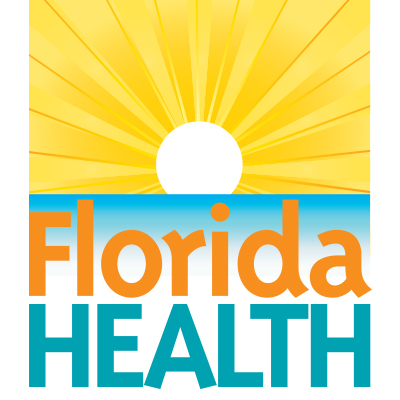 The landmark restaurant had a septic tank/leach field system permitted for 65 seats, but along the years they expanded the restaurant, increasing to 210 seats and paved over the leach field in the process.

The Blue Paper obtained the audio recording of the meeting held by the Variance Review Advisory Committee last month in Gainesville. The Committee was required to make a recommendation on a variance application that would have allowed Boondocks to continue operating in spite of a litany of violations.

Committee members didn’t disguise their outrage at the situation. The following is an excerpt from the transcript of the discussion that took place among the Committee’s seven members: [full audio recording at end of article]

“They continued to expand on this property illegally for years and now we find ourselves in this situation. The bothering thing that I have with this, as well as Todd, is: as the County Health Department, you’re passing by this everyday — how can you not…..”

“Or at least once a year. I mean to be fair we don’t know if they drive past it once a – but if they are doing annual inspections – I am concerned why that was not —“

The committee chairman then began reading from the permit file, showing how Boondocks has been expanding over the years:

The Committee then discusses whether the DOH / Boondocks compliance agreement could possibly result in proper treatment and disposal of the effluent coming from the restaurant. (Local DOH had changed its wastewater flow estimate from the over 8,700 gallons per day required by code to under 5,000 gallons per day based on actual consumption of freshwater.)

The Committee did not go for it:

“You know, here they have all their little water meter readings. This is extremely misleading. Yeah, they’re open seven days a week right now, don’t know what they were open up years ago but we all know damn good and well you don’t have equal flows on equal days and we don’t figure up existing flows like this anyway. This is not a sewer system.”

“Plus they’re not taking into account the strength of the waste there.”

“ Yeah, they are not taking any of that into account.”

The “strength” of the sewage, in the world of pollution and public nuisances, relates to the concentration of pollutant in the effluent. 5000 gallons of wastewater can be mostly water, or it can be a highly concentrated pollutant if little water has been used.

In a phone interview, Boondocks owner, Lanny Gardner, indicated that he “minimizes the output in the kitchen and the bathrooms as much as possible” by using “low-flow equipment and waterless urinals.” This would result in a highly concentrated 5,000 gallons of wastewater per day.

“I don’t know how it’s working there at all. Its not treating 10% of what’s coming out of the building. It can’t be treating anything, its just shooting right through because there is no way – as small as that system is – that it can take care of it.”

“There’s no treatment time at all. “

“I can assure you of one thing: If you deny this somebody’s gonna do something.”

“Yeah, they don’t have a choice. They gotta do something and they have to do it pretty quickly.”

“You know, I ‘m not totally against denying it ‘cause I agree with everybody – its absolutely way overloaded and it shouldn’t be like it is – but I know there’s a lot of good people working there who need to buy groceries there too.”

“I don’t disagree with anything you said, but I still would just like for somebody to tell me how the hell they got this operating permit cleared by the health department. Its right here in the packet.”

“Our experience with the Monroe Building Department and the Monroe Health Department, is they’re pretty vigorous in looking at these things. I just don’t —   I’d say there’s other forces at work…”

“They were approved for 65 seats, right?”

“Yep, and because it’s a huge facility right there and it’s not like its hidden back in the woods and you got to hunt it. So, I kind of feel like with that temporary agreement that that County Health Department made with them that we need to maybe send this thing back and say it’s been tabled and we want to know what the hell you plan to do cause you can’t continue like this. Is that plain?”

“It’ll be interesting to see where this one lands ultimately.”

The Committee voted to reject the DOH/Boondocks request for variance. Interestingly enough, whoever bet there were “other forces at work” got it right. Higher authorities in Tallahassee overrided the Committee’s decision. DOH’s Environmental Health Bureau Chief, Andrew Reich, decided to allow the Boondocks/DOH deal to move forward with a 150-seat capacity.

Lanny Gardner told The Blue Paper that “it is not a great situation,” but that he is “working his a** off with the people from DOH to make it work.” He is bringing in more porta-potties, portable grease traps, and two 1200 gallon holding tanks which contractors will be putting in place in about two weeks. “For five years they’ve been promising us this central sewer system,” says Gardner, “I built my business based on that promise.”

“That’s really not fair to all the other restaurants that did play by the rules,” says the environmental crusader who had brought questions about violations at the Boondocks to the DOH last April. “Mangrove Mamas, Square Grouper, Sugarloaf Lodge — they’ve all spent a lot of money to install DEP approved package [sewer treatment] plants.”

A petition has been filed challenging DOH’s decision to let Boondocks operate as a 150-seat restaurant until it hooks up to the Cudjoe Regional central sewer plant.

The Blue Paper sent multiple inquiries to DOH, asking where the Boondock’s sewage effluent has been going all these years. DOH has not responded.

According to FKAA Deputy Executive Director, Tom Walker, Boondocks should be able to go online with the Cudjoe Regional system by December 31, 2015.

17 Responses to “State: What the Hell is Going on in the Keys? Must be “Other Forces at Work””