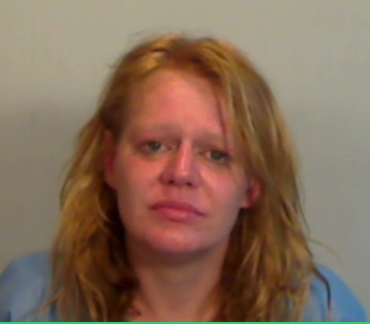 A Ruskin, Florida woman is facing numerous charges following a reckless driving incident after her vehicle hit six cars, including a police car.

Jessica Ruth Vanhorn, 32, was spotted driving exceedingly fast and recklessly on US 1 near Boca Chica just after 10 a.m. this morning by a Key West Police officer. The officer engaged his lights and siren, attempting to make a traffic stop, but Vanhorn fled the stop and continued toward Key West.

In the interest of public safety, the officer did not engage in a chase, but instead radioed ahead, asking police to be ready to stop the vehicle when it came into the city.

When Vanhorn’s vehicle reached the Cow Key Channel Bridge, she rear-ended a vehicle then struck a Key West Police vehicle and continued south on US 1, striking two more vehicles at the intersection known as the Triangle. Her car then jumped the median, knocked out two signs, then struck two more vehicles that were on North Roosevelt Blvd. awaiting the left turn traffic light.

When her vehicle came to a stop, other officers on scene attempted to break out the car’s window when Vanhorn refused to come out of the vehicle. Some witnesses heard the banging on the glass and thought they heard gunfire. However, there was no gunfire during the incident. Vanhorn was eventually removed from the car through the driver’s door.

~~ Note: Information in this crime report was provided by area law enforcement. Please remember all suspects are innocent until proven guilty.