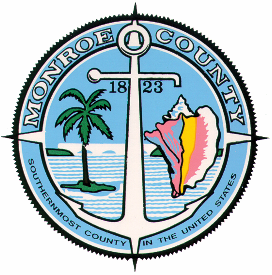 Silver Airlines, one of 12 airlines competing for the limited 20 permitted daily flights to Havana, proposed a route from Key West. The DOT did not choose Silver, electing to go with Alaska, American, Delta, Frontier, JetBlue, Southwest, Spirit and United, which will fly routes from Fort Lauderdale, Miami, Orlando and Tampa in Florida and Atlanta, Charlotte, N.C., Houston, Los Angeles, Newark, N.J., and New York City.

Key West, the closest U.S. City to Cuba – just 90 miles, already has proven to be a popular originating location for charter flights to the island nation. Since March 2015, Air Key West has been operating charter flights three times a week on Mondays, Wednesdays and Fridays to Cuba on its 10-seat (pilot and nine passengers) turboprop Islander operating from the Signature Flight Support general aviation facility at Key West airport.

“Air Key West has proven that there is a demand for flights connecting Key West and Havana,” DeGraw said. “And as U.S. restrictions continue to loosen on who is allowed to travel to Cuba, we expect to see even more passengers fly between the two cities.”

Silver Airlines was one of six airlines that won DOT permission in June to fly commercial air service from the United States to other Cuban cities, the first time such service has been allowed to Cuba in five decades. U.S. Customs and Border Protection recently approved Key West International Airport’s request to support increased scheduled air service between Key West and Havana, allowing up to 20 passengers per flight – which doubled the previous capacity that has been allowed since 2011.

This decision by the DOT does not affect upgrade project at the Customs and Border Protection facility at Key West International Airport.

“We’re still building this for the long term future,” DeGraw said. “There will be more routes to open up and we are putting ourselves in position to take advantage of those opportunities when they do.”

Now, travel to Cuba is allowed only for 12 reasons, including visiting family or religious, educational or cultural reasons. Tourism is still not an acceptable reason to go to Cuba.