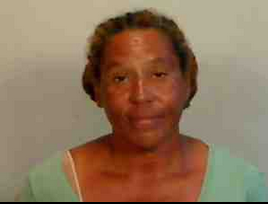 A woman was arrested for assault with a deadly weapon (without intent to kill) following an incident with two other boaters offshore in the vicinity of Cudjoe Key.

According to reports, Sheriff’s deputies responded to a 911 call on August 14th from an individual on the water who claimed that someone on another boat was shooting at him and a woman he was with. The incident took place at approximately 2:43 a.m.

Reports state that Sgt. Calhoun called LeLena on her phone line (which she provided to 911) and she claimed that two boats had been sneaking around their houseboat while they were out bully-netting. She says they returned to the houseboat when the two boats “got on a high plane and started driving towards them at a high rate of speed.” LeLena told deputies she and her husband did not know the intent of the boaters but that it was a dangerous situation and they felt threatened.

LeLena claims she told her husband to shine a spotlight on her while she held an AR-22 rifle so that the boaters could see she was armed. She said Raymond then fired a warning shot into the air with his Glock 19. She told deputies the boats stopped for a moment, then continued on so another shot was fired from the Glock 19. LeLena says they came within 10 feet of the houseboat and asked “what’s going on?” She said she told them they were bothering them and that they should leave.

The Coast Guard first informed the MCSO they would assist but later said the water was too shallow.

The two victims were interviewed by deputies the following day. According to reports, the female victim stated they were going lobstering and were aware of the houseboat and the anchor line and stayed away from it. The male victim told deputies that they had waved at the couple on their houseboat on the way out, and they had waved back.

The couple reported that on the way back they heard a loud boom and thought the engine had backfired, when the two on the houseboat shined a spotlight on them and told them not to move. The woman victim told deputies LeLena shouted: “Stop, don’t move! You fu*ked with us all night and you fu*ked with our dog,” to which she said she responded that LeLena must have mistaken them for someone else, and that they were just trying to go home. She claims there were four or five shots fired during the time they were told not to move. The victims said that at some point, LeLena told them “I’m standing down,” and Raymond told them to go home.

The man told deputies that they were pleading for their lives, and estimates they were 150 yards from the houseboat. He said that the couple on the houseboat was yelling, “You don’t go nowhere,” followed by a loud boom. He said he believes the man shot first but he could see the woman illuminated in the spotlight pointing the rifle and that four or five rounds went over his head.

Reports state that LeLena claimed that she never pointed the gun at anyone. She told deputies it was kept down at her side and her husband was the only one who had fired his weapon.

On August 15, deputies attempted to contact LeLena who informed them that they had moved the houseboat to an area off Little Torch Key but would be able to meet with them a couple of days later.

A warrant was issued for LeLena’s arrest and FWC officers assisted in locating her.

A photo line-up was shown separately to each victim including a picture of LeLena Moses. Neither victim positively identified the suspect.

Raymond Moses was not charged. 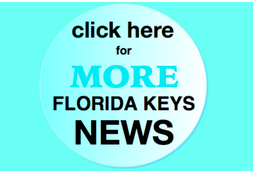