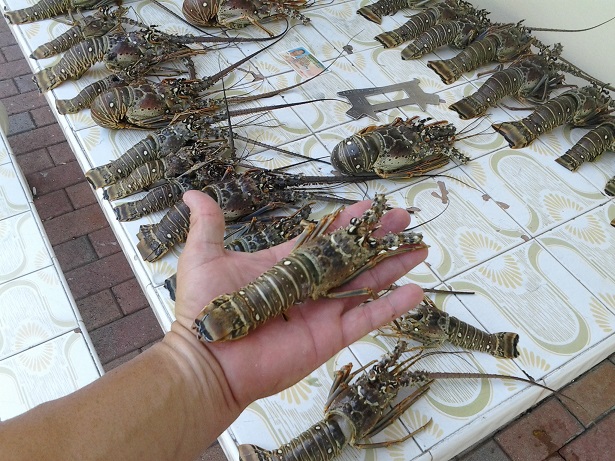 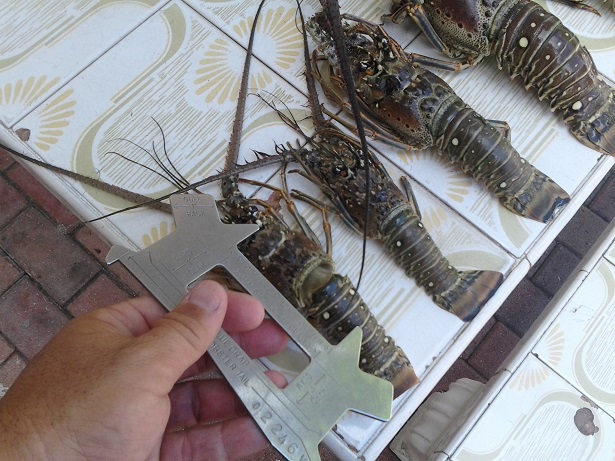 Two Miami men were arrested Saturday for having 44 speared lobster out of season, some of which were very small.

Deputy Wilfredo Guerra was on patrol when he spotted the two men just offshore of the 60 mile marker. They were in the water diving with no dive flag. As he watched, he saw them swim back to shore several times, holding spear guns, and place something in the rocks on the shore.

He confronted the men, asking if they had caught anything. They said no. Deputy Guerra then went to the area on shore where he’d seen the men swim to and he found a red bag. In the bag where 44 speared spiny lobster.