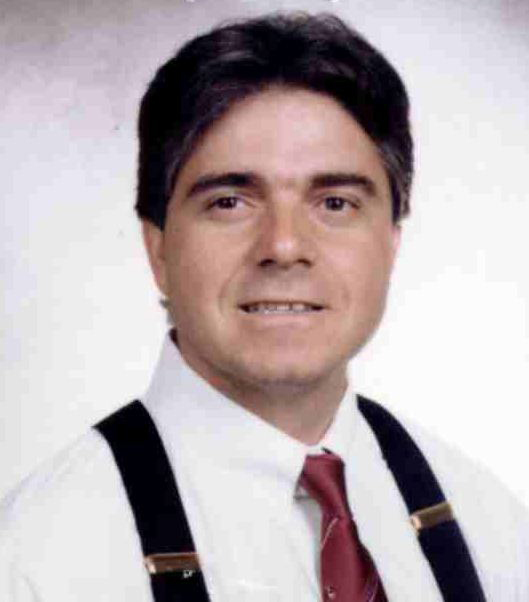 May 3rd marked the anniversary of the line-of-duty death of Monroe County Sheriff’s Deputy Michael Alexander.

Deputy Alexander died in a traffic accident May 3rd, 1998 while working road patrol for the Sheriff’s Office in the Key Largo district.

He had just left roll call at the Plantation Key Substation and was on the way to his duty station at the Ocean Reef Resort. For some reason, he pulled off of the highway and onto Val Jean Way, in Tavernier. He was stopped at a stop sign at Val Jean Way and Highway U.S. One when he pulled out into the path on an oncoming semi-tractor trailer truck, and was broad sided on the driver’s side of his vehicle by the truck. 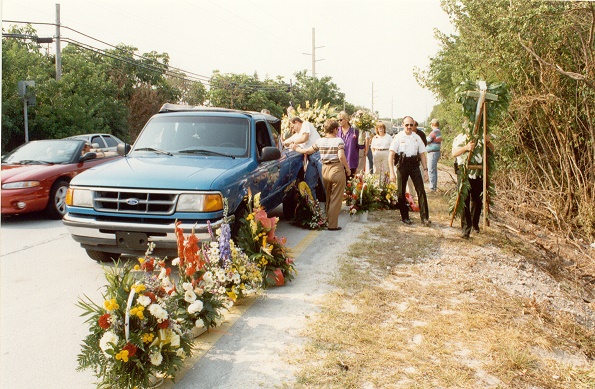 Members of the Sheriff’s Office and others who knew Deputy Alexander set up a roadside memorial for him. Photo by Bill Rigby.

Deputy Alexander had worked for the Monroe County Sheriff’s Office for just less than a year. He’d previously worked for the Miami-Dade Police Department for 16 years, leaving that department as a lieutenant. He worked the midnight shift as a deputy at the Ocean Reef Club in Key Largo. He was also on the Monroe County Sheriff’s Office Special Weapons and Tactics (SWAT) team.

3 Responses to “Remembering Deputy Killed in the Line of Duty”