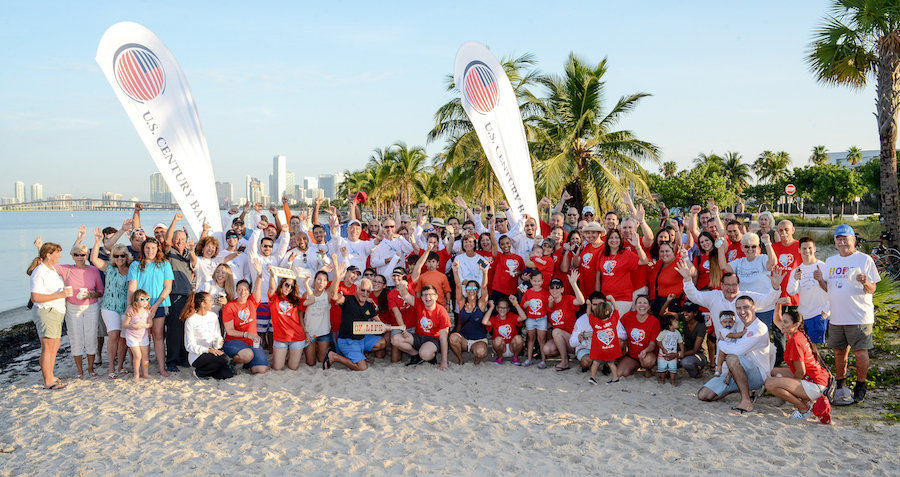 #1 Relay for Life Team Castaways Against Cancer Set Off on 17th Annual Kayaking Trip with the Support of U.S. Century

The Castaways Against Cancer, a Relay for Life team ranked 1st in Florida, launched on their 17h Annual kayaking journey, dubbed the “Proof of Life” tour from Virginia Key in Miami, FL on Saturday, June 11. Paddling the equivalent of a marathon a day, the Castaways will paddle a total of 160 miles as a fundraiser supporting the American Cancer Society (ASC) and are expected to make landfall at Higgs Beach in Key West on Friday, June 17.

For a fifth year, Luis de la Aguilera, president and Chief Executive Officer at U.S. Century Bank, along with TEAM U.S. Century, have pledged their helping hands to the Castaways in hopes of surpassing this year’s fundraising goal of $125,000. To help them reach their goal, please go to http://bit.ly/1sGrr4K

This year, several of the kayakers will be wearing GoPro cameras to help record the voyage for an upcoming documentary. Omar Delgado, a teacher at Christopher Columbus High School, is leading the documentary project with the help of six of his students. The school’s program, CCNN Live, is the number one ranked broadcast journalism program in the U.S. for a high school.

To track the Castaways’ progress throughout the trip, go to http://www.castawaysagainstcancer.com. 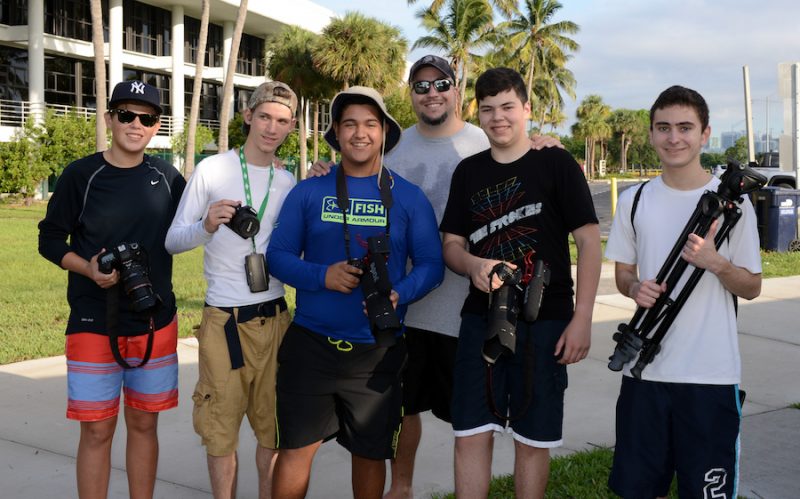 About Relay For Life
Each year, more than four million people in over 20 countries raise much-needed funds and awareness to save lives from cancer through the Relay For Life movement. At Relay For Life events, communities across the globe come together to honor cancer survivors, remember loved ones lost, and fight back against cancer. http://www.relayforlife.org

About Castaways Against Cancer
The mission of Castaways Against Cancer is to help find a cure for cancer and to honor those who have fought the fight. The money the team raises funds in support of the American Cancer Society’s Relay For Life of the Lower Keys. To learn more, including pictures and movies of past trips, please check out www.castawaysagainstcancer.com.

Established in 2002, U.S. Century Bank is one of the largest community banks headquartered in Miami and one of the largest Hispanic-owned community banks in the nation, with assets of almost $1 billion. Through its network of 17 branch locations and its online banking platform, it offers its customers a wide range of financial products and services. U.S. Century Bank has received awards and accolades from numerous organizations for its philanthropic support and leadership, including the Beacon Council, Greater Miami Chamber of Commerce, South Florida Hispanic Chamber of Commerce, Latin Builders Association, March of Dimes and others. For more information or to find a U.S. Century branch near you, please call (305) 715-5200 or visit www.uscentury.com.