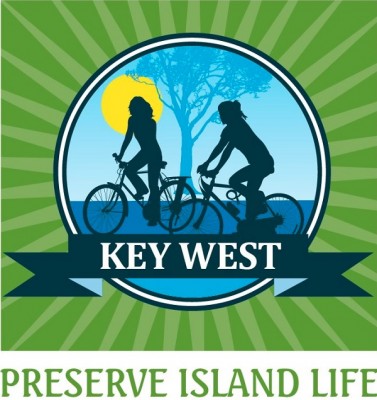 It has long been rumored that Rasputin, who was notoriously difficult to kill, never died. Just when we hadn’t heard from him for a while, Rasputin appeared in Key West. The story is confusing and complicated so I will try to break it down for you.The first thing you need to know is that Rasputin is now a dog… a French Canadian world-class German pointer dog. Should we be concerned? I will let you be the judge.

“Why is he not in Canada?”, you may ask. Our sources indicate that he came to Key West to watch the sunset. That makes sense to us. We Key Westers know as sure as anything that there is nowhere else on earth to watch the sun set. I once was asked by a fellow walking vaguely in the direction of Mallory Square whether there would be a sunset today. I assured him that I had not heard any news to the contrary and that, in my experience, it had been pretty regular, the sun setting and all, but one never knew for sure about these things and the least we could all do, as good Americans, is to keep an open mind about the question. After all, I am no scientist. We parted as friends after agreeing that we would inform each other of any late-breaking developments.

Now for the confusing part: sifting fact from fiction about the murder of Rasputin remains difficult to this day. Just as confusing is the mix of facts and stories describing Rasputin’s recent visit to Mallory Square to watch the sunset in the guise of a French Canadian dog. It seems that, while everyone was watching the sunset, Rasputin slipped away. Perhaps his human companion did not have a leash. Perhaps Rasputin’s forceful personality was sufficient to convince said human companion that a leash would not be necessary. One can imagine Rasputin looking deeply into her eyes and saying, “I need not be leashed. I am Rasputin, a holy dog, I do not bite.” Rasputin’s infamous powers are still intact, it would seem.

Every drama has its cast of characters. Here is ours, in order of appearance:

And so the stage is set for our pre-twilight drama. The crisis, as they say in drama, came when Rasputin reportedly bit Sugar Bear’s friend and protector. The mayhem and confusion surrounding Rasputin’s death at the hand of an assassin in Czarist Russia was nothing compared to the mayhem on Mallory Square that afternoon. Just listen:

Sugar Bear’s protector: “I took the hit for him, I took the bullet. He’s the dog of a close friend and the dog’s my best friend. Sugar Bear is a sweetheart. She never even apologized. Meanwhile, I’m gushing blood in front of a hundred people.”

You may have questions here: was it a bullet, or a hit, or a bite? We will attribute the confusion to adrenaline. We also note an imbalance of relationships here. But, then again, it is often said that a dog is one’s best friend. Note to friend: keep an eye on Sugar Bear.

A Woman, Rasputin’s current companion:  “My dog never bit a single person. One year-old children come up to him. He’s got all his shots and everything. He flies. We fly from Canada.”

Some say that the non-sequitur comes naturally to denizens of the north. On the other hand, it was an unusually spectacular sunset that day.

The SPCA: “Rasputin”, who has modeled for dog food bags, “is going to spend ten days on his owner’s boat in Key West as a home quarantine.”

Normally our SPCA is hard to impress. The influence of Rasputin’s charisma is apparent here.

A Key West Police Officer: “Short of interviewing the dogs, there is nothing more I could do at this time.”

Nothing? Well then, we will move on.

Apparently there was to be be no interviewing of the dogs. The ready wit of the police officer is duly noted however. Do we normally interview the dogs and, in this case, we chose not to do so? Are interviews with the humans not sufficient? Of course, we have delicate diplomatic ties with our sister nation to the north to think of, and, after all, it is cold up there and they come here to watch the sunset. I am sure we do not want to upset the balance of a finely-tuned working arrangement. This one goes into the unsolved file. Let’s hope it does not hurt our statistics.

Perhaps you wonder, as I do, whether it would have helped if Sugar Bear spoke French, or knew the lyrics to Je me Souviens. What if the man, Sugar Bear’s protector, had simply chosen not to intervene in the affairs of dogs and let them sort it out themselves? Isn’t that how we have gotten ourselves into trouble in the Middle East? He and we might have saved ourselves a few stitches. You might say that all of this is mere speculation, but isn’t speculation our normal pastime after witnessing a drama? So, for now, I will leave you to speculate. You might even work it up into a musical comedy if you are so inclined.

As for me, I am thinking about taking up a collection to buy a leash for Rasputin. He could take it off while modeling for his dog food bags.