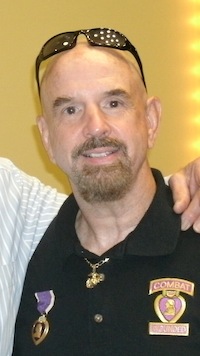 Explosively erupting from head and face wounds, the blood created a slick surface upon the instruments delivering the blows. A mixture of cascading flesh particles and fluid descended onto the concrete floor. A slick red glaze pooled within the area of contact, destabilizing the movement of these assailants.

Scurrying about, the frenzied aggressors struggled to secure a stationary position from which they could strike their target. Manically jostling with one another to get their licks in, they would not be denied an opportunity to take aim at a ‘sweet spot’.

Unsteady as they wound up, putting all their might into the swings that followed, they launched themselves into a full scale offensive. The feverish commotion and compelling acts of violence caused some of them to slip and fall to the ground before their batons and nightsticks struck the mark. Screams, yelling and grunting type sounds emerged from these seven professionals, as the velocity and depth of their respirations escalated. These penetrating noises shook and reverberated throughout the steel barred enclosure.

Surprisingly the victim never uttered a sound, as the ferocity of said beating tore the clothes from his body. His muscular frame stood tall as he raised his arms up, opening his cuffed hands towards the heavens.

It appeared his refusal to allow the beating to crack him into shattered pieces on the ground, was an attempt to maintain some sense of dignity and self-respect. Not succumbing to their savagery was an incendiary element, it intensified and prolonged the barbarism.

Fatigue and exhaustion explicitly took hold of the antagonists as they bent forward at the waist, placing their hands, forearms and weapons across their knees.

Gasping and sucking for air, they looked up at the focus of their attention with anguish and alarm, an audible intonation had emerged from the area comprising this disfigured creature’s head. Although the mechanics of vocalization had been severely disabled, with whatever life remained, a firm penetrating cry came from the depths of this ‘denizen of the dark’s’ soul; deliberatively pleading: “Please stop. I’ve done nothing wrong”.

Could this possibly be so? What manner of provocation was worthy of the savagery set before me?

Accustomed to rough treatment and violence, I was taken aback and befuddled by what I had just witnessed. Frozen in the moment of now, my next move was uncertain.

John Donnelly, a resident of Key Largo was born, raised and went to high school in the South Bronx. Upon graduation he was awarded several scholarships to college.  He chose to enlist in the United Sates Marine Corps. While serving in Vietnam John was wounded in action. He received two meritorious promotions, one during combat. Upon discharge and return to America, John had a difficult time transitioning back into civilian life. He found himself homeless for the next 4 years. As he worked out some troublesome concerns, he began to yearn to make some sense of his experiences via education. He sought and received his GI Bill benefits. He applied and was admitted to New York University. He later transfered to the University of Miami where he graduated on the President’s Honor Roll. John secured a teaching position at a Maximum Security Prison Facility for criminally insane adolescents. While working there he earned a Master of Science degree from Florida International University. He graduated Summa Cum Laude.