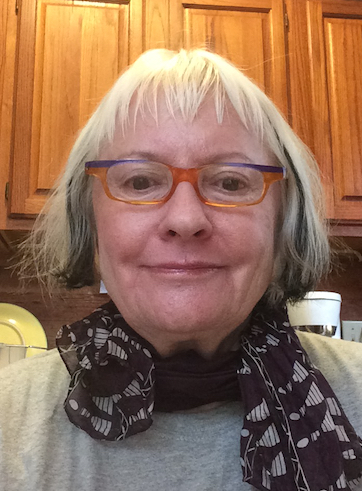 As votes accumulated for President Dilma’s lower-house impeachment, “Good Bye, Dear” (Tchau Querida!) spread across the placards gripped by political opposition’s men and some women. Brazil’s Senate may soon try the country’s first woman president for “corruption” and if impeached Dilma Rousseff will be stripped of presidential powers for some of the alleged crimes committed by lower-house and senate legislators. The chutzpah of federal legislators should not surprise me, having done research in Brazil for 40 years on police, crime, and corruption. I was, however, stunned by the aggressive even visceral hatred against President Dilma demonstrated by her predominantly male attackers. They showed none of the much-touted gentility and conciliation allegedly governing Brazilian cultural, social, and political life.

What’s Going on in Brazil?

The upshot is that Brazilian politicos find themselves in a row boat without a paddle. Unable to use masculine, back-slapping, vigorous handshakes, and whiskey to grease back room negotiations and close deals, these men also find themselves unable to ‘sexualize’ their way into Rousseff’s presidential circle. Consequently male politicians cannot figure out what Brazil’s president is about: If she’s on the take will she share contacts; if she’s not will she look the other way for those who are? It’s surprising that, so far, no journalist, political or economic analyst, academic, or– most curiously—any scholar on Brazil, has explored how much gender–the ‘elephant in the room’—contributes to calls for President Dilma’s impeachment.

Why on earth would politicians risk denouncing a nation’s president for illegal activities when they themselves are under indictment for high-level politico-economic corruption? As sociologists Howard Becker and William Chambliss have argued for decades, a corruption system flourishes as long as all those involved are getting enough of what they want, and no one who wants in is being kept out. Condemned for favoring what sociologist Max Weber would call, “legal-rational” rule-based interaction rituals—read- presidential protocol—President Rousseff replaces ‘knowable’ masculine informality, personalism, clientalism, and other patriarchally-favorable interaction rules, with a formality that distances male political favor-seekers from her.

Unable to penetrate President Dilma’s inner circle, corrupt Brazilian politicos cannot assess her stand on extra-legal power brokering, rigged contract bidding, and kickbacks. They are left wondering uneasily if this president will at least do nothing about their corruption.

Everyone in Brazil assumes that corruption there is as old as the country itself. A Brazilian tabulation of “corruption scandals” from 1974 through the end of President Lula’s two-term presidency (2003-2011)(2) lists 202 such scandals over a 37-year period (1975-2011). The scandal allegedly implicating President Dilma, “Petrolão,” is itself at least three decades old. Odebrecht Construction, whose 2004 revenues were 31 billion, distributed political payoffs to five successive presidential administrations, as Odebrecht’s financial records reveal. A former employee reports that the Brazilian conglomerate had a “Bribery Department,” where she (the informant) worked, and from which huge illegal payoffs were paid to ‘friendly’ political and government officials. Such kickbacks go “back to the presidential term of José Sarney (1985-1990),” when “516 public officials, entrepreneurs, companies, institutions, and politicians, including Ministers, senators, congressmen, governors, were involved in “Petrolão”-style corruption.(3)

Those who have reaped the spoils of this corruption apparently were able to control their self-righteous indignation during the five male presidential administrations prior to Rousseff’s. So why is she being targeted? Apparently denouncing Dilma Rousseff’s “corruption” is worth the risk, as long the target– Brazil’s president–can be made the unique case to redirect public anger and further investigations away from themselves.

Admitting that he doesn’t know Brazil’s president “personally and has never seen her nude”– apparently important for a man to assess the president’s political ‘sex attraction’–Vieira opines that Dilma’s sexual desire “ended at least a decade ago.” Comparing Dilma to Jane Fonda, Vieira offers a medical insight: Jane Fonda “uses hormones regularly to maintain her over-the-top-sexuality.” Dilma does not, “to her detriment,” Vieira says. In fact, Dilma actively “extinguishes” her erotic side by wearing “clothes that cloud her sexiness: identical pant suits with three-quarters sleeves, …always covering her middle section. She wears flat shoes without laces and almost no visible jewelry.”

President Rousseff’s penalty for being a woman in Brazil’s highest political office, who keeps politicos in line with her presidential formality, is to be labeled “frigid,” hormone-deficient, without “eroticism,” ‘pig-headed,’ “authoritarian,” and, alas, corrupt as well. Well yes, President Rousseff is corrupting patriarchy and angry, frustrated male politicians therefore want her impeached. As for Dilma Rousseff’s other alleged “corruption,” involvement, she is unlikely to have been involved directly in “Petrolão” or any other current corruption scheme because getting into corruption’s club and its riches requires male-understood schmoozing, a skill that Brazil’s president elects not to practice.