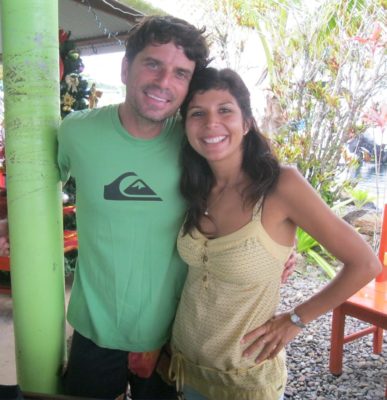 The waters of the Archipelago of Bliss have been a wondrous reservoir of inspiration for me as I meander through my Middle Years. My secluded life amidst these tranquil islands has blessed me with a perspective and clarity that is difficult to attain by those chained to the cacophony of the Real World.

But since my earliest conscious dawning in my teen years, I have been attracted not only to a life of thought, but also to the call to action. Jack London, Joseph Conrad and Richard Burton were the type of literary figures who appealed to me because they combined both words and deeds.

Lately, I have been questioning whether the comfort of these peaceful lagoons has seduced me away from that combination of adventurer and philosopher which so exhilarates me? Have deeds succumbed to words? Peering into my heart of hearts, I have to answer, YES.

So it was time for a change. Fortunately, the gods of adventure smiled upon me with an exciting possibility. Some highly-skilled sailors, who are also very dear friends, invited me to join them in an attempt this summer to sail across the legendary Northwest Passage. When they offered me this opportunity, I immediately thought of Alan Shepherd’s line in the movie THE RIGHT STUFF when they were recruiting him to become an astronaut: “Sounds dangerous … count me in!”

In about a month I will tuck AVENTURA in for a long rest, and then fly to Newfoundland to join my friends Jay and Danica aboard their splendid sailboat ALKAHEST. We will then sail north to Greenland dodging the icebergs drifting south from the Labrador coast. While visiting settlements along the west coast of Greenland we will be monitoring the breakup of ice in the Canadian Arctic. Hopefully, it will be significant enough to allow us a chance to sail all the way across the northern edge of Canada to Alaska’s north shore and then around into the stormy Bering Strait.

Although conditions have been warmer and more favorable the last few years, as recently as 2013 it was almost completely impassable. We have to be prepared for a situation where we cannot go forward and cannot retreat. This means having to “winter over” for about 8 months of almost total darkness in polar bear paradise. Playing for such dire stakes reminds me of a superb quotation from more than two thousand years ago by the great Greek playwright Aeschylus:

“Life for him was a perilous adventure, but men are not made for safe havens.”

And yet when I look from afar at the evolution of society in my birth country, I am saddened to see that so many young people, who should be clamoring for challenges and danger, are instead demanding “safe spaces.” Not only are they repelled by the notion of physical jeopardy, they are so soft that they don’t even want their feelings hurt. In many cases this neurosis is so severe that they become outraged not by any specific verbal criticism, but from the fear that someone’s opinion might “trigger” their sensitive emotions.
Aside from the almost comic-operatic absurdity of such conduct, it is also symptomatic of the American Empire in its death throes. But there are serious consequences to not developing a realistic and hardened understanding of the world -a world that may swiftly become much more TRULY REAL than their dreamland of instagram and twitter and siri.

I believe that the crucial task of the philosopher is to ignore the clamor of the moment and instead attempt to see the long trends. My observations in this regard are not encouraging. I’ll focus here on the USA, but much of this applies globally.

Let’s follow the long trend-line back to 19th century America when most of the nation was comprised of farmers. They were extremely self-reliant and could provide for all of their basic needs such as food, water, housing and clothing. Shift to the 20th century and the agrarian majority is rapidly declining as the factories are built and the cities swell. These folks were significantly less self-sufficient, but the labor unions and industrial base allowed for a successful and secure middle class.

The late 20th century saw major changes that were less obvious, but extremely impactful. The making of real things was replaced by the making of … virtual … stuff. It was heralded as the Information Age, but the most important information – the fact that all of the good jobs were being secretly shipped overseas where Asians were pulled from their farms to work in factories at slave wages – was not revealed.

By the 21st century the U.S. had morphed into the Consumer Economy. About 70% of economic activity was people buying crap they did not need with money they did not have. It was like the fairy tale town where everybody makes a living doing everyone else’s laundry. Like a circle in a circle – like a wheel within a wheel.

But as the high-paying union jobs disappeared, a pseudo-backstop was provided in the form of unemployment checks and food stamps or EBT cards. This means that nearly half the population is completely dependent on the government for survival. On top of this, millions of young people are drowning in student debt. Toss in the government’s ability to conduct 24/7 surveillance of almost everything a person does. And then add the militarization of the police so that they look like Galactic Storm-troopers.

Does this not look like a scenario where the average citizen is exceedingly vulnerable and where the government is enormously powerful? And let me not forget to mention the electronic addiction that has seduced and weakened the will of the people. As long as they have their iDistractors they will overlook the steady deterioration of every other aspect of their lives. They will ignore the trajectory that is leading them to a future of cyber-serfdom.

It is for these reasons that we need a younger generation that seeks UNSAFE SPACES, instead of coddled protection zones. And as unlikely as the prospects for this are in my birth country, at least out here in the waters filled with world citizens, I am seeing an encouraging movement. There are more and more young people from all lats and longs, who understand in their core being the folly and tragedy of “that life back there.”

So, instead, they are adopting the Sea Gypsy path. They are buying tired old sailing boats that are a bit raggedy, but that can be restored. These provide them a home with independence and mobility. They are learning the venerable sailors’ skills of how to flow with the winds and the currents. They are rejecting a life of comfort – and embracing a life of adventure.

I salute them. And that’s because even though they may not realize it, they embody my elemental belief that: The Road to the Future leads to the Past.